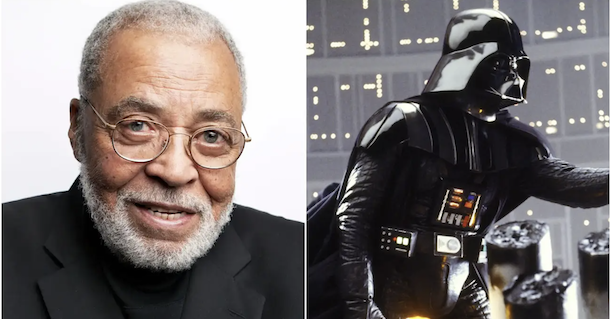 James Earl Jones is a prolific voice actor known for such voice acting roles, as Mufasa, in the Lion King and Darth Vader because David Prowse, the actor in the suit, had such a robust West-country accent.

According to an article in Vanity Fair, Ukrainian start-up Respeecher worked with Lucas film for several projects, including reworking Jones’ voice for the newer parts of the Star Wars franchise, including re-creating the voice of young Luke Skywalker, for Disney Plus’ The Book of Boba Fett, and the Obi-Wan series on Netflix, which went back a digitally altered James Earl Jones’ voice to make it sound as it did, forty years ago.

One moment which seems to make James Earl Jone’s work even more magical to me personally is the way it inspires people.

When employees of Respeecher watched the Obi-Wan series on Netflix and called their synthetic-speech artist Belyaev from Kyiv, Ukraine, to cheer for his work on the show, Matthew Wood, who was the supervising sound editor, receiving the work for LucasFilm from Reespeecher in Ukraine, told Jones’ family.

The family then showed such gratitude at how “-pleased they were with the result of all the work, a tribute to the actor that honours his many years giving voice to the galactic tyrant.”

Especially in such difficult times for Ukraine, having the support of a great actor, must be pretty inspiring for the Respeecher Team back in Kyiv, who are buckling down and continuing to work, despite everything.

Now at ninety-one, the actor has decided to step back and enjoy the golden years of his career winding down.

After all, for a well-loved voice actor with notable on-screen appearances, in a forty-year period of his career spanning six decades, he has swiftly amassed the love of many, with accolades such as ‘forty-fifth greatest movie villain of all time by Maxim Magazine's "Fifty Greatest Movie Villains of All Time" list for his character of Darth Vader in Star Wars, 1977,’ and memorable on-screen roles, like Coming to America in 1988, where he played another imposing father figure, King Jaffe Joffer.

Initially, Jones started to attend drama classes in his early life as a child to calm him down, as his nervousness would make them worse.

Even though the classes helped, He had a debilitating stutter rendering him almost mute from embarrassment for eight years.

He said that one of the worst things for him growing up was, ‘One of the hardest things in life is having words in your heart that you can't utter.’

He did not start his acting career immediately, working as a janitor and, at one point, a stage carpenter at the Ramsdell Theatre in Michigan while he studied, initially aspiring to be a doctor, eventually becoming their Stage manager and amateur actor, after deciding it wasn’t for him-

He found that amateur acting helped him practise his interests and hone his skills in the arts. Having started early reading poetry he’d written to his class, something his teachers thought was a suitable method as a way of him gaining confidence, despite his stutter- led him to study Drama again.

In his later life, after graduating from the Unversity of Michigan, he joined the military and, after fighting in the Korean war, returned this time to New York, where he studied at the American Theatre Wing and is known as one of their many iconic Legends.

He found much success on stage, finding his voice to be one of his most defining features, along with his talent. These features eventually earned him his first award, a Tony, for his role of the Boxer in Howard Sackler’s ‘The Great White Hope’, a play highlighting an African American boxer, Jack Johnson’s dream to quit boxing due to its symbolism of white suppression and racism, which was on stage from 1968 to 1970.

Primarily due to the time period of its premiere, which was during the American Civil Rights Movement, it harnessed the audience’s attention, captivating them with experiences many African-Americans knew well. They could relate to it, with some having witnessed racism firsthand in America towards them and their culture.

In 1970, fans of his work as an actor saw James Earl Jones reprise his role as Jack on-screen, with Martin Writt making the stage play into a film, The Great White Hope, where he and another co-star from the stage play, Jane Alexander, reprised their roles as Jack and Eleanor, a Boxer and his white lover.

By the 1990’s, Jones was incredibly busy with his career, having found what he would use to excel, using his distinctive voice and gravitas to further the most memorable parts of his career, including winning a National Medal of the Arts in 1992, Presented by George W. Bush.

Later on, lending his recognisable Bass voice to Walt Disney’s Lion leader of Pride Rock, Mufasa, in 1994, which was remastered in 1997, the version of which I am most familiar with Jones’ voice as Mufasa. in 2002 when he won a Kennedy Center Honor for his extensive work on the American stage and screen when there He met the former President again, who joked, ‘People say that the voice of the President is the most easily recognized voice in America. Well, I'm not going to make that claim in the presence of James Earl Jones.’

The Kennedy Center Honors are annual honours given to those in the performing arts for their lifetime of contributions to American culture, which I am sure Jones has honoured more than once in his extensive career.

Even though he is winding down his career, his voice is featured in things that stand the test of time, besides Star Wars from the well-known, like the CGI film, The Lion King (2019) and the obscure, like the CNN news opening Tagline, where he proclaims ‘This is CNN.’ in his recognisable timbre.