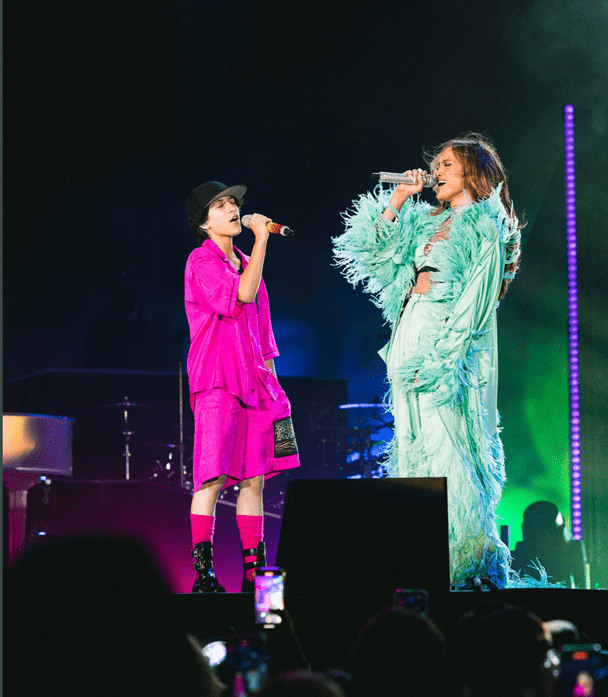 Jennifer Lopez made a guest appearance at the LA Dodgers Foundation's Blue Diamond Gala, but it's not the performance that's making waves. Emme, her fourteen-year-old daughter, has gotten social media buzzing.

JLo introduced Emme with gender-inclusive language, using they/them pronouns. They carried the LGBTQ+ flag as Emme came out to join their mother. The mother-daughter duo performed a variety of songs, including Christina Perri's 'A Thousand Years,' Bruce Springsteen's 'Born in the USA,' and JLo's famous 'Let's Get Loud.'

"As a result, this is a very special occasion. They are extremely busy. Booked. "They're also expensive when they come out." But they're worth every penny because they're my all-time favorite duet partner." Lopez stated.

June is Pride Month, and many people are praising Lopez for supporting Emme in the best way a mother can: by allowing her to be herself. This performance has been viewed positively by the queer Latinx community, and some have even stated on Twitter that it has given them the courage to come out to their parents.

The discussion of sexual and gender orientation has always been a hot topic in the Latin community, with millennials and Gen Z paving the way for other Latinx youth to be accepted. Despite the overwhelming positive response, some feared that JLo'a's popularity would 'confuse' the younger generations. JLo has a nibling, a gender-neutral term for her trans relatives who do not identify as a specific gender. Brendon Scholl, the child of JLo’s sister, also uses they/them pronouns. JLo has previously stated that she is and will always be proud of her family and relatives.