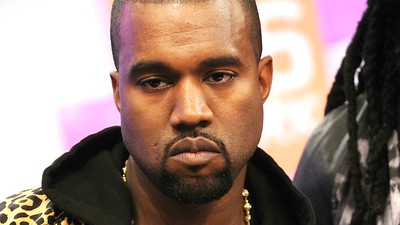 Fashion designer and music mogul Kanye West, who now goes by Ye, has lost several brand partnerships after posting hate speech towards the Jewish community. Gap, Balenciaga and Adidas ceased their deals with the rapper after his now-deleted outburst on Instagram and Twitter. The series of events have caused other social media debates about reparations for other minority groups due to online backlash.

Backlash began when West wore a “White Lives Matter” shirt during his show during Fashion Week in Paris on October 3, 2022. A week later, his social media accounts were restricted and West has now been removed from the Forbes Billionaires’ list.

One of his tweets that caused outrage reads:

“I’m a bit sleepy tonight but when I wake up I’m going death con 3      On JEWISH PEOPLE     The funny thing is I actually can’t be Anti Semitic  because black people are actually Jew also    You guys have toyed with me and tried to black ball anyone whoever opposes your agenda.”

The Jewish Telegraphic Agency explained the tweet was a “muddled use” of the term DEFCON which refers to the defense readiness condition used by the American military. It was thus deemed to be a violent and threatening message, and was soon deleted from Twitter.

Gap ended their partnership with West back in September but didn’t release a statement until October 25, 2022 along with Adidas. According to the Los Angeles Times, they are not the only ones who have dropped him: there is a list of at least 10 other agencies that want to ensure that they are not associated with his ongoing offensive behaviour.

Not only has Ye lost contracts with brands, but he also has lost billions of dollars in other ways. These include stadium shows canceling on him and streaming sales dropping 23% last week. Online followers and celebrities like his ex-wife Kim Kardashian, Amy Schumer, and Josh Gad have all taken to their platforms to condemn Ye’s hateful actions and remarks.

Noa Tishby is a world-renowned Israeli actress and author who also made it her duty to educate others about the false accusations that Ye made and that some of his followers blindly support. Reaching almost 90 thousand views on her Twitter video, she made it clear that West’s rant is an extension of the hate that has spread about the Jewish community since the beginning of time. Educating the public on the term “antisemitism” itself and the history behind Jewish prosecution, she said that the success Kanye alludes to in his comments do not come from “some mysterious cabal” but from such things as a way of living with an “obsession for education,” family values, and daily positive practices.

Under her video and the hashtag “#kanyewest” is a thread of tweets that bring forth multiple other debates. One is the lack of reparations from other comments that Ye has made against Black people and slavery in the past.

Since his comment on slavery being a “choice” in 2018, Kanye West has remained in the center of trending controversies. It was thus no surprise to many that he was causing commotion in the media once again.

The Enduring Legacy of Hot Ones