Love Island Returns To Our Screens: How Important is Reality TV? 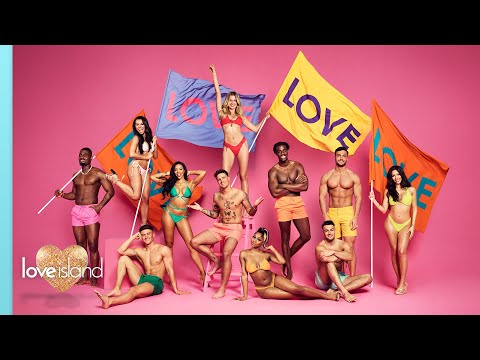 Unreal: A Critical History of Reality TV is a podcast exploring the effect of reality TV on our culture, how it can sometimes be a mirror of society, and the ethical problems that come with the format. The podcast, launched at the beginning of last month, is produced by BBC Sounds for BBC Radio 4 and hosted by journalists Pandora Sykes and Sirin Kale. Each episode of the 10-part audio documentary deals with one or two reality TV shows and welcomes former reality TV stars and producers from these shows.

Reality TV is generally derided by TV critics and the general consensus tends to lean towards mocking people who watch it, seeing them as less intelligent. Many think that it is trashy and that reality TV as a whole is pointless and should not exist at all. Yet Sykes and Kale believe those criticisms are not valid. “Firstly, because the people being filmed are ‘ordinary’”, said Sykes in an interview with Dazed. “They have no discernible talent – except a desire to be on camera, arguably a skill of sorts – and detractors of the genre cannot understand why we adorn these celetoids with fame and fortune”.

They further believe that reality TV is not strictly meant to be educational. “Secondly, because historically, people on telly were white, middle-class, with RP accents. And then of course you have people getting drunk, having sex, and arguing on telly – women, especially, aren't meant to act like this,” Sykes said. "A lot of people maintain that reality TV is brain rot; it doesn't further your mind, or fill it with information. But then I think, it depends on what you see as education”.

Even though the podcast isn’t exactly kind in its analysis of certain controversies throughout British and American television history, they both openly admit to being big fans of reality TV. “It felt like the conversation around reality TV ethics in recent years had grown louder and more difficult to ignore, particularly following the heartbreaking suicides of two ex-Love Island contestants, one of their partners, and host Caroline Flack”, said Kale when asked what inspired her to start the podcast in the first place. “It felt right to dig into this genre which has given me so much viewing pleasure over the years, but also increasingly leaves me feeling ethically conflicted”.

While the podcast discusses American shows such as Keeping Up With The Kardashians, Selling Sunset, and The Hills, two episodes are dedicated to Love Island, the UK’s biggest reality TV show since Big Brother UK. The eighth season aired on 6th June and has reignited the conversation started by Unreal: A Critical History of Reality TV: should Love Island be on our TV screens anymore?

In the hopes of finding love on the show, the contestants all live together in a villa in Majorca and participate in challenges and dates. The public can vote for the couple they prefer every week to whittle down the numbers for the grand finale. The show is broadcasted nearly in real-time with one-hour episodes six nights a week for eight weeks. Its love stories grip our attention more than its competitors, such as The Bachelor or Love Is Blind, and often lead to successful relationships, marriages, and even children.

However, two former contestants, Sophie Gradon and Mike Thalassitis, committed suicide in 2018 and 2019 respectively. The then-host of the show, Caroline Flack, also died by suicide in 2020. While contestants are told how their every move will be scrutinised, how they may feel isolated in the villa away from friends and family, and how the show may bring them unimaginable levels of fame, producers at ITV have been criticised for not providing appropriate aftercare or guidance when the show ends.

ITV has rebutted this claim and points to the measures of care given to contestants on the show. In 2018, the show started requiring cast members to attend a post-finale assessment with a mental health professional. The islanders are also given the option of attending eight counselling sessions, should they need to. The new 2022 “Duty of Care” protocol also mandates that prospective cast members watch a video, in which executive producer Mike Spencer interviews former stars about, in ITV’s words, “how to cope being filmed 24/7” and “dealing with social media trolling.”

But how much will a simple video clip of interviews help these potential celebrities adjust to their new life? Is there ever enough that ITV could do to mentally prepare contestants for 24/7 online criticism? The rise of social media has changed the way we watch reality TV, not just live-tweeting the shows, but has introduced darker elements of incessant harassment and criticism of contestants online. It is no surprise that these typically very young contestants struggle with mental issues after a reality TV show in 2022.

After Caroline Flack died in 2020, a dark shadow fell over Love Island, as serious questions were raised about why 3 deaths by suicide, all related to the show, occurred in 3 consecutive years. It seemed like Love Island’s popularity was going to come crashing down but it returned in 2020 and 2021. This year, Love Island scored its biggest ratings since 2019, with 5 million viewers tuning in for the opening show 2 weeks ago.

Figures like these clearly indicate that audiences still want to watch Love Island. As the years have passed, it seems that viewers may still want to watch but with a serious caveat of consideration of the morals and ethics around what they are watching. “Audiences have lost their taste for blood and for the most part don't like seeing contestants being manipulated or upset”, notes Kale. Sykes agrees, saying, “the shows people love now are softer, sweeter, more optimistic. [...] And commissioners seem to be considering the moral implications of their shows, much more than they did in the early 00s”.