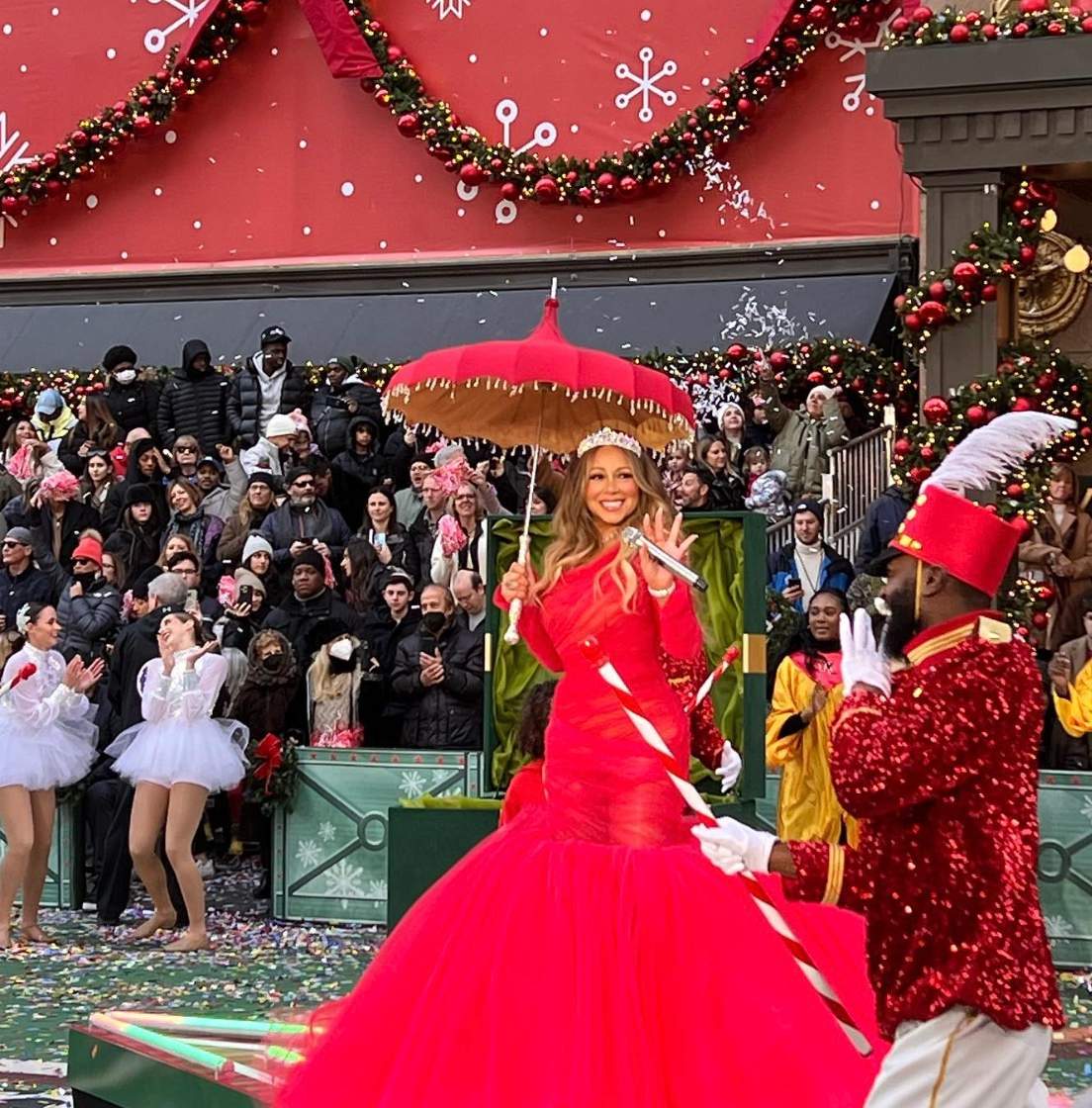 Thanksgiving Day has arrived! One of the most popular and national holidays celebrated in the United States and Canada is when families gather around the table to enjoy a celebration with turkey as the main dish and give thanks for everything they have and for the year.

Within these celebrations, there is the traditional and annual parade organized by the Macy's store with music bands, giant balloons, Broadway dancers, decorated floats, and performances by music stars. And what better than the singer Mariah Carey to open the Christmas season?

The Christmas icon dazzled in her performance before the appearance of Santa Claus with a tulle dress in a bright red tone tight. In addition, he was accompanied by a sparkly tiara and an umbrella with small tassels to match the dress. Next to her were many dancers dressed as nutcracker-type soldiers. The 52-year-old singer has welcomed Christmas in the Big Apple in style where she performed her famous Christmas anthem, "All I Want for Christmas Is You." An unforgettable moment for Carey was the presentation of her twin sons, Moroccan and Monroe, who also followed the rhythm of the music inside two green gift boxes on each side of their mother. Moroccan accompanied the rest of the dancers in a nutcracker costume, while Monroe was dressed as an angel.

Several people have criticized the singer's performance because she didn't sing live, making her lip sync famous. However, it is worth keeping in mind that all the singers who performed also dubbed her voices, such as Sean Paul, Paula Abdul, Jordin Sparks, Joss Stone, and Lea Michele, among others. Perhaps it is due to a technical issue of the event itself, which is organized in the middle of the street.

Once Thanksgiving is over, a party of consumerism begins in which the United States go out to take advantage of the promotions and discounts in stores from Friday, November 25, well-known as Black Friday, until Monday, December 28, named like Cyber ​​Monday.