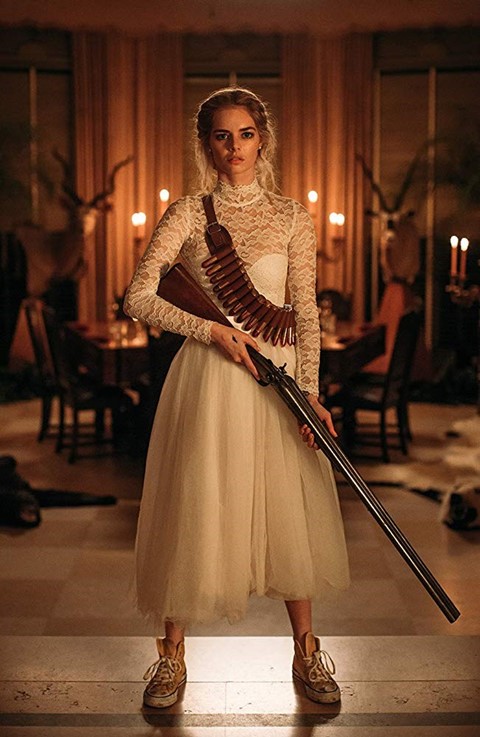 Following the success of Scream 5, the popular slasher franchise has a new lease of life, as it was announced back in February that it will be receiving a sequel. The 2022 release of Scream -billed as a relaunch- retained its original cast while simultaneously introducing a new generation of characters to carry the franchise forward.

Scream 6 is scheduled to release in theaters in March of 2023. It was also announced in February that returning to the cast would be Jenna Ortega, Melissa Barrera, Jasmin Savoy Brown, Mason Gooding, and Courtney Cox, who are all reprising their respective roles. Also returning is Hayden Panettiere reprising her role as Kirby Reed.

This is her first appearance back on the set of Scream since 2011. She was a fan favourite in Scream 4, and many theories led fans to believe that her character survived her brutal attack. This would be proven true in an Easter egg in Scream 5, as the audience caught a glimpse of a YouTube thumbnail of her character giving an interview depicting her survival.

Bloody Disgusting announced that Samara Weaving and Tony Revolori would join the highly anticipated sequel. While it is unknown what their roles will be, fans will surely be excited for these two actors to appear in this slasher phenomenon. Weaving has starred in her fair share of slasher films as she’s been in films such as Ready or Not, The Babysitter, and Mayhem. Revolori is best known for playing Flash Thompson in Sony’s recent Spider-Man films.

It’s still rumoured and debated whether or not Neve Campbell will be returning to the franchise to reprise her role as Sidney Prescott, as she had announced back in June that she would not be returning.

She stated to Variety: “Sadly, I won’t be making the next ‘Scream ‘film’. As a woman, I have had to work extremely hard in my career to establish my value, especially when it comes to ‘Scream.’ I felt the offer that was presented to me did not equate to the value I have brought to the franchise. It’s been a very difficult decision to move on. To all my ‘Scream’ fans, I love you. You’ve always been so incredibly supportive to me. I’m forever grateful to you and to what this franchise has given me over the past 25 years”.

Scream 5 took place 10 years after the last attack in Woodsboro. After a gruesome attack on Terra Carpenter, while she was home alone, her older sister Samantha returns to town to find her attacker. Only for Samantha and her friends to find that there’s another Ghostface killer on the loose and ready to butcher a whole new group of kids.

The slasher genre has been experiencing a thrilling renaissance for several years. Paramount has announced that the upcoming Scream movie will be released on March 31, 2023 - the shortest gap between Scream movies since the first and second film.

We can only speculate what will happen in the next installment.