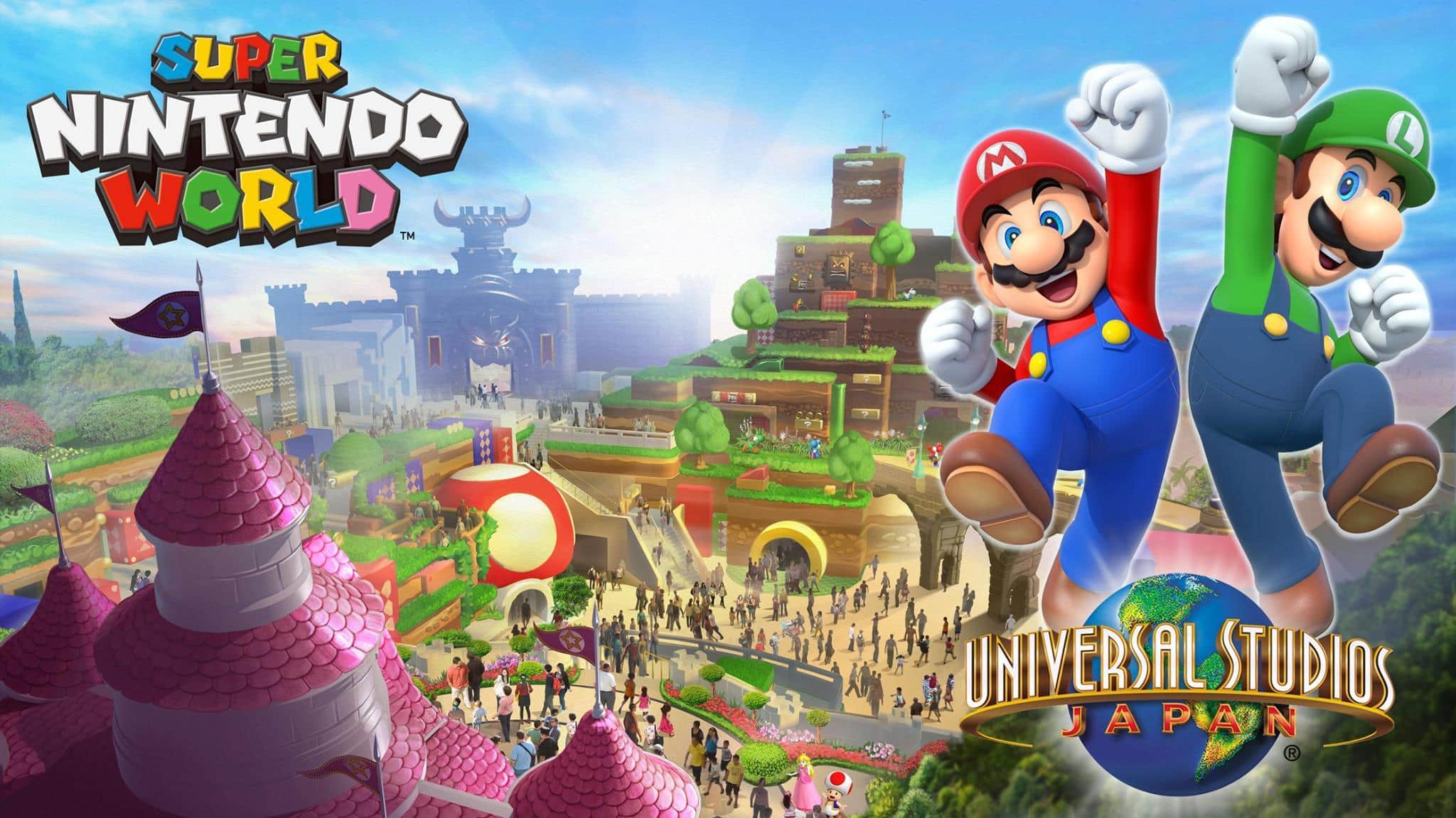 2023 will be a significant year for the fans of the Nintendo star. In fact, The Super Mario Bros. Movie will be released in cinemas. On the same day, Super Nintendo World is set to open for the first time in the United States.

After the success of Super Nintendo World in Osaka, Japan, the theme park will open at Universal Studios Hollywood on February 17, 2023. Now that it is finally official let us look at some latest news about the park and its attraction.

Likewise, the design of Super Nintendo World U.S. will transport visitors to the magic, colorful, and game-like world of Super Mario. However, the target audience is children and adults following Mario’s adventures since the 80s. With its games, Nintendo has always been able to attire a diverse and rich fandom. The theme park is no different, appealing to both young and adults and providing reasonable enjoyment to the whole family with its attractions, rides, and interactive areas.

As for the information provided, the major attraction in the park will be Mario Kart™: Bowser’s Challenge. The ride will be based on the homonymous game and feature characters like Mario, Luigi, Princess Peach, and the famous villain, Bowser. Furthermore, the player will ride to collect coins and win the Golden Cup, just like in the game, getting a chance to explore some game locations, such as Bowser’s castle.

The beloved characters will walk around the park, ready to take photos with the fans. Dining and shopping will also be themed. Visitors can grab something to eat at Toadstool Cafe, which is located inside Toad House, and buy souvenirs at the 1-Up Factory store.

Just like in Japan, visitors can purchase the Power-Up Band, a smartwatch that will enhance their experience in the park, like a game inside the game. In this sense, the game will keep the visitors’ score during their stay in the garden, collect digital coins, and give a final ranking.

The Nintendo theme park in Japan is one of the biggest in Asia. Although its opening was rescheduled many times due to the pandemic, it is now a popular attraction, regarded by visitors as a ‘gleefully surreal experience that pushes surprising technological boundaries.’ Visitors praise its accurate 2D-styled architecture, immersive attractions and rides, and the great use of the latest technologies like virtual reality.

In conclusion, while the U.S. version will be smaller, more like a new area of Universal Studios than a theme park per se, we can hope that it will follow in the footsteps of its Japanese counterpart. Lastly, fans are already on the lookout for reserving their tickets for the big opening in February, and as for the information we have so far, it seems they will not be disappointed.