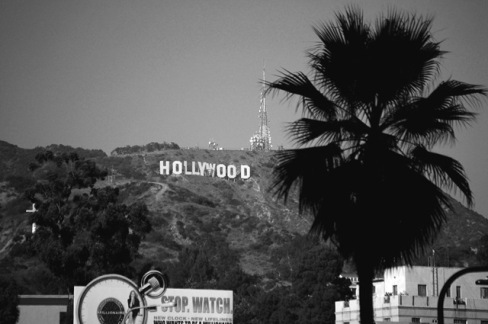 The Hollywood film industry has been a dominant force compared to its international competitors. The Golden Age of the Hollywood era happened during the 1920s-60s, in which major studios controlled the market through extensive production techniques. The studios used a system of production that simplified the process of filmmaking and used a type of factory method. The films of this era differ greatly from contemporary cinema. Contemporary cinema is dominated by big-budget blockbusters and has strict production methods. Just like the arrival of television had a major influence on the sharp decline of movie patrons in the 1950s and 60s, the invention of on-demand and the competition of television and movie content today is having a major impact on entertainment sources today. The entertainment industry is evolving more quickly than it ever has, and film production companies and distributors are no exception. Based on the context of films of today, we can see how they are shaped by the studios that started it all.

The rise and fall of the former “studio system” lasted from the 1920s to the late 1960s, with the 1940s to the 1960s which began the period of the downfall. During this time, there were five major film studios, or the Big Five, that was controlling the film industry from production to distribution. The Big Five included Fox Pictures, Loew’s, MGM, Paramount, RKO, and Warner Brothers. Well-known as the end of Hollywood’s Golden Age, the milestone Supreme Court decision in United States v. Paramount in 1948 started the decline of the Hollywood Studio System. In short, over about a 15-20-year timespan, studios began opening their lots to independent filmmakers. This started a chain of coevolution. Both independent films and big blockbuster films affected each other’s evolution.  As result, there were more termination of permanent staff members and refraining from entering into long-term contracts with performers and movie houses. The Walt Disney Company was able to survive and adapt to the studio system, despite the extinction of the Big Five, being the only studio from the old Studio System still operating today.

Many have debated that the conditions that did so much destruction to Hollywood in the short term, such as the loss of control over theatre distribution, actually contributed to the variation of the American theatre-going experience. These conditions allowed the growth of independent theatre chains, allowing owners to show better options of films for American audiences. Foreign films were becoming more prominent in theatres and it also helped independent distributors and producers, who no longer had to deal with studios and screen their movies to the typical audience. Developed in New York, this helped begin the growth of underground cinema and independent cinema, leading to the rise of the “Father of American Independent Film", John Cassavetes. His film Shadows, was a striking glimpse of life as an American that dealt with topics such as the lives of typical African-Americans, sexual relationships, and an interracial romance, with a realism far away from Hollywood's glamorized touch. Additionally, more young ambitious filmmakers like Stanley Kubrick could become a self-made man and become his version of a master of film production outside the studio system. He could also have his low-budget independent films and early short newsreels find a specific audience, with which he built a niche platform into the American mainstream, in a way that he would never have managed in the old Hollywood studio system.

Everyone was under studio contract. From the producers, actors, directors, writers, art directors, cinematographers, technicians, etc. The group of actors was made up of the main actors, secondary actors, and casting extras. All of the castings were typecasting. Lead actors were promoted and groomed by the “star system”. Which was more concerned with camera presence than acting ability. A star is made and created for each studio. They were cold-bloodily, carefully built up from nothing. All the studios ever looked for is a face.   If a person looked good on film, if they photographed well, then they became the studio’s “property”. The making of a star involved posture training, horseback riding, singing, dancing, coaching the actor in speech, changing the actor’s name, and much more. Stars were expected to stay out of trouble privately to not undercut their believability in portraying glamorized protagonists. It was almost like the old studios were factories making the same imitation of a star. Additionally, The ability of directors and actors to negotiate independent contracts provided them with better motivations, such as a percentage of actual box-office gross. It also allowed stars to break free of typecasting and play challenging roles.

However, on the other hand, it could also be argued that the Hollywood studio rejected the art of filmmakers because, most filmmakers had to do what studios told them, most of the work they do has to be checked by someone higher up in the chain. The whole idea that Hollywood wanted to produce a product for an audience, not art is common because under the studio’s rule the director is mainly a person hired to do what they think is going to make the most money. The director just puts the camera at the right angle. Studios throughout the ’50s and beyond always had some control over the film’s production, when a director is hired and given a clear set of guidelines and rules to follow and is not given full control of all of the aspects of the film, then they cannot possibly make their stamp on the film. This may well be the case that the Studio system does hinder a director and stop him from being an “artist”, but maybe this is not what the public wants from films. This can be seen in the current situation we have where, although previously widely thought to be a hindrance to directors and their artistry, the studio system period is now facing consequences in the media and by the public as the golden age of cinema. It seems that regardless of whether or not the studio system affects the artistry of filmmakers, it is now becoming more popular again, and some of the films from this period that are used to stereotype the studio system, are being praised as classic films. So, it would seem that despite films not being art and having complete control from the director, the audience doesn’t seem to care when watching studio system films.

The studio system can be defined under the idea that the studio controls and owns all parts of the film’s creation. The biggest and most prominent studios at this time were RKO, Loew’s, Paramount, MGM, and Warner Brothers, they had the final say over all decisions done with a movie. The studio system made the final decision on all aspects of the film and choose whom they wanted to direct the film. The director would be given clear guidelines and rules to follow when directing the film. During the late 1950s, there started to appear a belief that film should be more than just a story told on the screen and that a film was becoming an art form. This new idea of the director taking control over the film to create their version with their vision, to show how they felt about the film carries into the idea of authorship. Authorship is when a creator of something puts their stamp on what they are creating, from telling the story in a different way to shooting the film in their style. Also, the director was given a great amount of control of the filmmaking process to create their vision for their film. In a form of socially mediated learning, a director or auteur, is taking in their experiences and their environment as a person and applying them to their storytelling. This theory is about the idea that film is art and not about how much money the film is going to make, this was mainly the goal of the studio system during this time period. The main idea of authorsism was about the concept of a creative person and how you are responsible for what you make and it will show in the art you make. Most studios just made films that were based on real-life stories or novels.

Films that had already had an audience to watch before the movie even came out. A medium in which an artist can express their thoughts, and be as abstract as they please. So, a director should be seen as a commander of creativity. It could be argued, that the Hollywood studio system has always tried to nurture the artistry of filmmakers, because even though the idea of filmmakers being seen as the director emerged slowly, studios did begin to see that directors had differences in their certain genres, and allowed them to build on their genres. Alfred Hitchcock was mostly known for his suspense and horror stories, John Ford was known for directing his cowboy westerns. The idea of authorism idea grew and let directors grow in their own creative right. The idea that the Hollywood studios allowed the growth of creativity of filmmakers, is easy to see because, the auteur theory expresses the belief that a creative personality can surface through difficult studio material, and in the end, the directors can make it their own. A film is seen as being unique because it does something only that film can do, it is an art form that can express a certain moment in time.

12 Motivational Films To Watch That Would Gear Up Your Day!