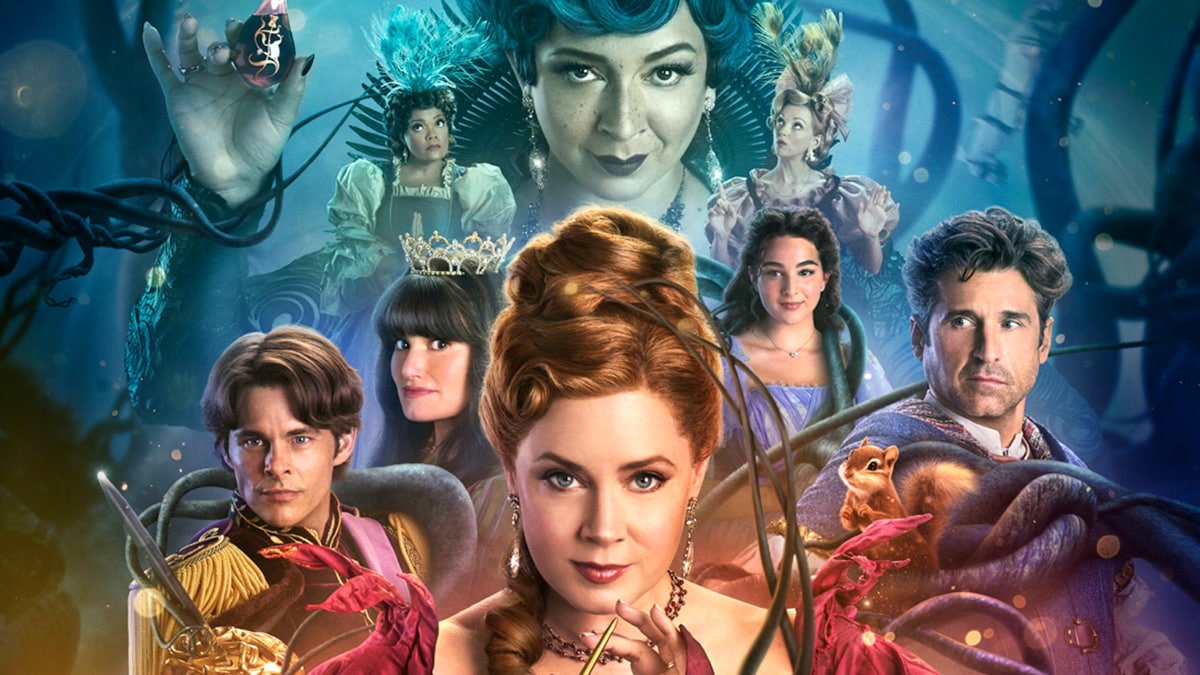 It has been over ten years since we have seen anything related to the popular film Enchanted. First released in 2007, it stars Amy Adams as Giselle, a young maiden from the far-off, magical land of Andalasia, who – about to marry the dashing Prince Edward (James Marsden) – is banished by the evil Queen Narissa (Susan Sarandon) to the streets of modern Manhattan; there, she meets the cynical divorce lawyer, Robert Philip (Patrick Dempsey) who helps her navigate the new and chaotic world of New York City.

D23 - the official Disney Fan Club - has just unveiled the new trailer for the sequel Disenchanted. We are thrusted 15 years into the future, where Giselle and Robert have settled into their lives together, alongside their children Morgan and their unnamed baby. They move to the suburban town of Monroeville, seeking new adventures and memories. But from the looks of the trailer, Giselle is met with nothing but discontent. Nothing is going her way and so, she trusts the magic of a wand to grant all of her wishes. With each granted wish, Giselle falls further into darkness. The person who is playing our antagonist is Maya Rudolph, mostly known for her work on Bridesmaids and Grownups.

Most of the original main cast is returning to this sequel, with the exception of Morgan – who was played by Rachel Covey and is now played by Gabby Baldacchino. The film is set to release on November 24 and is premiering exclusively to Disney+. The synopsis from TVLine reads:

“It has been 15 years since Giselle (Amy Adams) and Robert (Patrick Dempsey) wed, but Giselle has grown disillusioned with life in the city, so they move their growing family to the sleepy suburban community of Monroeville in search of a more fairy tale life. Unfortunately, it isn’t the quick fix she had hoped for. Suburbia has a whole new set of rules and a local queen bee, Malvina Monroe (Maya Rudolph), who makes Giselle feel more out of place than ever. Frustrated that her happily ever after hasn’t been so easy to find, she turns to the magic of Andalasia for help, accidentally transforming the entire town into a real-life fairy tale and placing her family’s future happiness in jeopardy. Now, Giselle is in a race against time to reverse the spell and determine what happily ever after truly means to her and her family,”