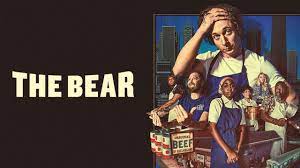 2022 is ending, and critics are wrapping up this year’s release to decide on the best TV show of 2022.  The Guardian does not doubt that The Bear deserves a place in the top 10, and this place might be the first. But what makes The Bear deserve this praise? We will look at what makes the show memorable and worth watching.

Christopher Storer created The Bear, and its cast includes Shameless star, Jeremy Allen White. It is available on Disney + from October 5, 2022, and after just a week, it was already considered Storer’s best production and Allan White’s most memorable performance as the leading character. Storer and White had already worked together on the set of The Rental in 2020, and we could not be happier that they joined forces again.

The Bear scores 100% on Rotten Tomatoes and it has recently won the American Film Institute Awards in ‘Top 10 Programs of the Year’. In addition, Ayo Edebiri, who plays Sydney, has been nominated for the Gotham Award 2022 for her performance. The show is also nominated in the People’s Choice Awards for ‘Favorite Bingeworthy Show of 2022’.

The series tells a simple story, following a linear structure and storyline, yet its central theme is the most complicated of feelings: grief. The eight one-hour episodes follow Carmy (Jeremy Allen White), a renowned chef who, at the suicide of his brother Michael, inherits the indebted family restaurant (‘The Beef’) in a troubling neighborhood of Chicago.

As Jeremy Allen White revealed during an interview, he worked in a Michelin-star restaurant and took cooking classes to prepare for the role. The actor recounts the experience as ‘tough but necessary’ to make his performance realistic and the kitchen environment accurate in the show. His dedication and diligence showed in the series, which, as everyone who has worked in a kitchen can confirm, accurately portrays the brutal reality of the back-of-house of a restaurant.

It is not surprising that many found its viewing a challenging, overwhelming, and even ‘traumatic’ experience, confirming that the series succeeds in achieving an immersive, compelling, and faithful portrayal.

British actress Daisy Haggard writes on  Twitter that the series is a thing of stressful beauty’. One can quickly get what she means; the kitchen environment is chaotic, loud, and messy, and it barely survives each day. The space is narrow and labyrinthine, in complete disarray, as suggested by the fast-paced rhythm of choreographic editing that makes the environment hectic.

Moreover, Lucy Mangan comments in The Guardian: ‘occasionally, just occasionally, things live up to the hype. And The Bear is one of them.’ In fact, the show never disappoints, and as tension builds up throughout each episode, it reaches its highest point in episode seven, which can be regarded as the best one. In this episode, the kitchen has to serve an enormous number of orders due to a failure of the database. To add to the hectic rhythm of the episode, it is almost entirely shot in one take, a technique that enhances the fast-paced environment.

In ‘The Beef,’ the need for order, change, renewal, and development -both physical and personal- is palpable. Although the kitchen is a place of creation, where beautiful and tasty dishes are prepared, it is also a place of destruction and personal disintegration. The environment is crowded, everybody yells and talks on top of each other. In fact, the kitchen is a direct transposition of the character's state of mind, each one grieving the death of Michael in their own messy way.

Whereas Carmy reacts by channeling all his efforts in the restaurant, Richie (Michael’s best friend) is angry and does not accept changes, even as small as Carmy’s decision to take the spaghetti out from the menu.

The show’s title also gives away an interpretation. Apart from referring to Carmy’s nickname, ‘bear’ is also a verb, suggesting that the central theme of the series is an exploration of how the characters ‘bear’ the weight of the loss of a loved one.

A ‘solution’ is provided by Michael’s words to Carmy: ‘Let it rip.’ This phrase which resonates with the viewer reads as an invitation to externalize pain, not bearing inwardly but letting it all out. Furthermore, letting it rip means regarding chaos as something necessary and constructive since it is only by delivering destruction that renewal can occur. The Bear teaches us that embracing suffering comes with acceptance and willingness to change and start fresh.

In conclusion, The Bear has been a remarkable success. Hopefully, this article has provided some reasons why it might be the best TV Series of 2022 and has intrigued those who have not watched it. A second season is already confirmed and is supposed to come out around summer of 2023. Now, all we can do is wait in trepidation for the return of Carmy and his crew’s chaotic lives.