Why will God of War Ragnarök take '40 hours' to complete? 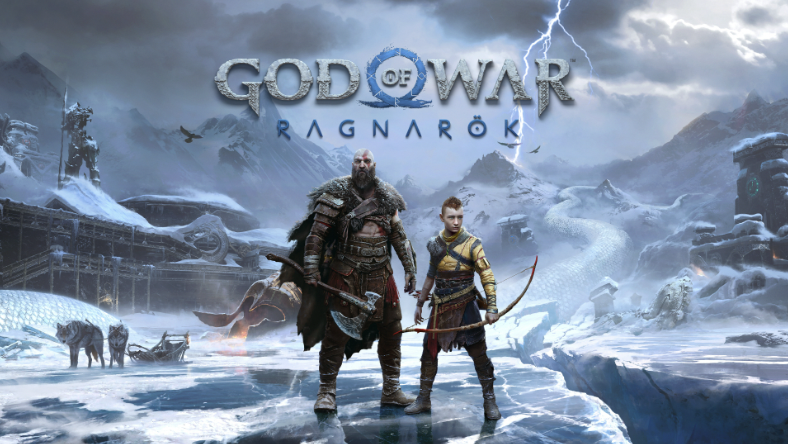 The video game industry has seen much ground-breaking technology, a dedicated and growing fandom, but also exciting and compelling games. But what makes a game more immersive is the story that is being portrayed, whether it be high-quality writing, or packed with plot twists to keep the motive of the game engaging.

Some games create a quantitative experience to allow their player base to chase unique collectables or find better armour and weapons, such as Destiny 2, Warframe, and even Outriders, which are all called Action and Massively Multiplayer Online (MMO) games. On the other hand, qualitative games only focus on the story, such as Ghost of Tsushima, Horizon: Forbidden West, and Cyberpunk 2077, all of which take between 25-30 hours to complete.

So, for a qualitative game like God of War: Ragnarök, can Santa Monica Studios tell a captivating story through a whopping 40 hours of gameplay?

God of War Ragnarök is the long-awaited sequel to God of War (2018), and is set to release on November 9th worldwide on the PlayStation 4 and PlayStation 5. In the game, Ragnarök, the Norse apocalypse, has come to pass, and the main character, Kratos and his son Atreus must face it together. In the process, however, Kratos has to grapple with Atreus' rebellious streak and his knowledge of his true self, while fighting with enemies introduced in the first game, in addition to new villains too.

Ragnarök will take players on a thrilling 20-hour journey, the same as its 2018 prequel. MeriStation has said that there will be a staggering three and a half hours of cinematics and narratives, with the rest of the 16 hours being pure gameplay. Furthermore, Ragnarök will feature even more additional content than God of War for those who wish to explore more missions and side quests, bringing the total game time to 40 hours – 8 more than in God of War.

God of War created so much enticing content exploring the nine realms of Norse mythology, such as Niflheim, Muspelheim, and Alfheim, creating a unique open-world experience full of challenges and deadly enemies. Additionally, the most formidable enemy outside of the main story was the nine Valkyries, showing how culturally rich the game’s story was. So, what will Ragnarök have to offer?

Though there is currently limited information on what the player will experience in Ragnarök, we do know that the game will be 90.6 GB, whereas its predecessors were around 45 GB. This suggests we will be exploring more with the game. Furthermore, ScreenRant confirmed that we will be visiting new realms within the game. In the original, we, as the players, were restricted from travelling to Vanaheim, Svartalfheim and Asgard, but in Ragnarök the players will have access to all the nine realms of Asgard. Moreover, Ragnarök director Eric Williams also told Game Informer that there will be new locations in the realms previously seen in God of War, in addition to gaining access to all realms.

Clearly, the expansion of territory available for exploration has contributed to the game’s increased size and playing duration. But what makes God of War Ragnarök 40 hours long aside from game size? We should remember that the main story alone will be 20 hours long, and it is essential to establish why it will be that long. It all starts with the end of God of War: Kratos and Atreus discovered that Faye, Kratos' wife, was a giant named Laufey, who gave Atreus the name Loki. However, Loki is depicted in Norse mythology as having shapeshifting powers, and is depicted as a trickster.

Additionally, we are told that Fimbulwinter is coming. In Norse mythology, Fimbulwinter is the three-year long 'great winter' preceding Ragnarök, a series of events that will lead to the end of the world. Furthermore, during the post credits, there is a second ending for when Kratos and Atreus return home years later, but are ambushed by Thor. Kratos asks Thor what he wants, which could potentially be revenge on Kratos, who killed his sons in the game.

As we have seen above, “Ragnarök” symbolises an ending in Norse mythology, suggesting that Santa Monica Studios may not create a third game after Ragnarök, though it is still too early to tell whether this will be the case.

Emphasised as a ‘masterpiece’ by Windows Central, God of War became a success for Sony, and expectations for God of War Ragnarök have skyrocketed in terms of providing an adrenaline pumped story, more elaborate puzzle solving, improved visual effects. The iconic title of the game is the cherry on top of the cake.

In closing, God of War Ragnarök will be 40 hours long because of the more elaborate, complicated main story, extensive cinematics, the addition of extra missions and side quests, and the expansion of the game’s territorial realm. This all paves the way for our introduction to new characters, all of whom seem to be leading players up to an epic finale for God of War.