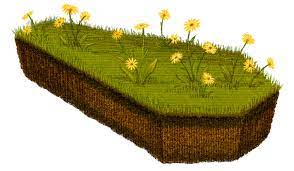 In her 2020 article Body Composting Is the Newest Sustainable Death Practice, Kelly McSweeney talked about the natural organic reduction technology to turn human bodies into rich soil. This sustainable burial method would replace prevailing funeral practices and pave the way to use human remains for purposes that serve nature.

McSweeney said that turning the body into compost makes many people feel disgusted as no one likes the idea of ​​death at all, especially when it comes to the material aspect of what happens to our bodies after we die. However, the traditional systems of letting go of human corpses, such as burial and cremation, are often not as nature-friendly as we think.

You are dust, and unto dust you shall return

While most people prefer traditional funeral practices on which we have sufficient knowledge and experience, the methods adopted in many cultures, such as burning and embalming, are not environmentally friendly, as these methods consume natural resources and contaminate the soil.

In May 2020, Washington became the first US state to legalise natural organic reduction (the scientific expression for composting human remains). Jamie Pedersen, a Washington state senator who introduced the bill, said the reduction process turns the body into arable soil.

The idea of ​​legalising natural organic reduction began when Katrina Spade, C.E.O. of the Seattle-based Recompose, called Senator Pedersen and explained the concept of ​​designing a technology to speed up the natural process of human composting by creating suitable conditions for microorganisms responsible for the decomposition process to grow, which would turn the body into fertile soil in just 30 days.

In effect, Pedersen was also briefed on a study conducted by the Washington State University (WSU) on natural organic reduction options, which concluded that thanks to this technology the remains are transformed into materials indistinguishable from horticultural soil and with no possibility of disease transmission.

The WSU study proved that the organic soil extracted from human remains complies with the safety standards set by the US Environmental Protection Agency, and it provides a very safe and effective fertiliser widely used in agriculture.

Pedersen’s bill included another technique called alkaline hydrolysis, which is a water-based method that turns the body into components of liquid and bone) by placing the remains in  warm water containing a solution of 95 percent water and 5 percent potassium hydroxide or sodium hydroxide. Thus, the fluid, the heat, and the pressure will do the job. Other earth-friendly options include a natural burial in biodegradable coffins if needed and without the harmful chemicals usually used for preservation and embalming.

How does the human composting process take place?

According to Science magazine, cemeteries occupy about 500 square kilometres of ​​the United States alone. At the same time, millions of litres of chemicals are used to carry out mummification processes each year. Cremation is often seen as the cheapest and most eco-friendly option, but this technique still consumes substantial quantities of natural gas and produces significant greenhouse emissions.

Thomas Bass, a sustainable agriculture researcher and professor at Montana State University (MSU), said that natural organic reduction is widespread throughout the United States and is often recommended for animals. As part of his job, Bass advises farmers that composting is often the best option to reduce pathogens when their animals get sick and die because the natural heat given off by microorganisms such as bacteria and fungi kills viruses during the decomposition process.

For a farmer, burying dead animals is not an ideal solution because burial sites will take up vast and valuable farmland, without forgetting the length of the natural decomposition process. In a report on livestock manure published by MSU, Bass explained that farmers can consider natural organic reduction as a technology based on cultivating beneficial microorganisms.

In agriculture, the process is simple and requires only a food source (the remains), some nitrogen (from green plants) and a lot of carbon (from wood chips or corn stalks), while making sure to stimulate the flow of oxygen by ensuring good aeration and stirring the compost at specific intervals. Under these conditions, microorganisms reduce the waste excreted by the remains and raise temperatures enough to kill many pathogens.

Recompose undertakes a similar process to speed up the decomposition of human remains by placing the corpse in a container with a heavy mixture of carbon and nitrogen found in wood chips, alfalfa, and straw, while providing adequate ventilation system to encourage the growth of microbes. The corpse decomposes into a quantity of soil equivalent to the load of two handcarts just in one month.

Natural organic reduction may technically be ideal to transform a human corpse into useful compost. Yet, applying this common agricultural practice to human remains is more culturally complex, as the novice technique may be ethically controversial in the sense that the human body should be honoured by more sophisticated  burial methods.

Despite the benefits of natural organic reduction to earth and especially the soil, which is exposed to hazardous chemicals leaked into the ground during the decomposition of embalmed bodies, the eco-friendly burial technique might be met with resistance in many communities due to religious or ideological reasons.

The variety of burial traditions worldwide, from mummification to burial and cremation, are somehow related to certain religious and cultural beliefs based on letting go of the human body in the most respectful conditions. Thus, attempting to transform the remains of a person into farming soil may not be welcomed like the rest of the burying techniques and can even be considered disrespectful and degrading.

Hence, the services provided by Startups like Recompose can become widely popular in the future, as governments and communities alike are working to reduce the devastating effects of humans’ reckless exploitation of nature and available resources.

Why Is Composting Vital for the Future?