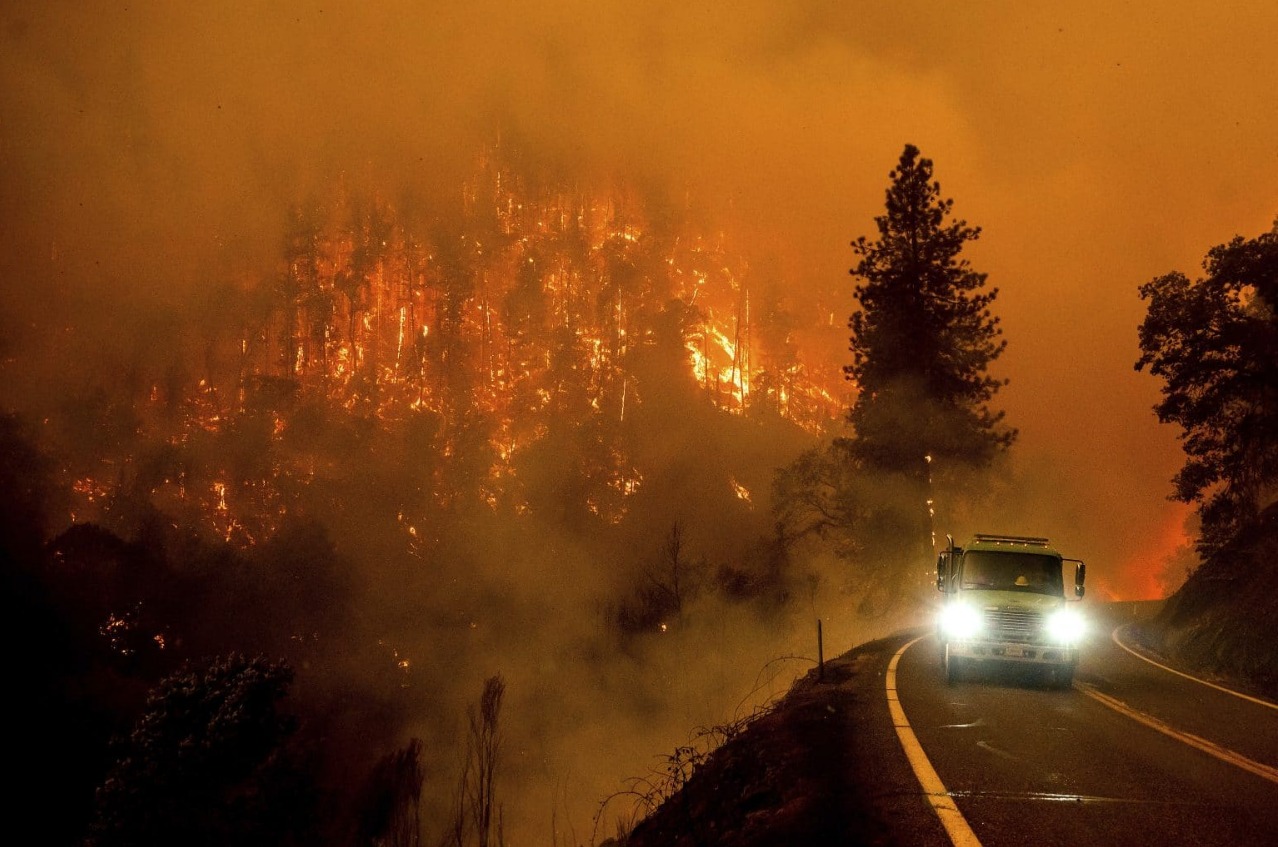 The Klamath national forest in northern California is witnessing the largest wildfire of the year amid searing heat, prolonged drought, and lightning. It is known as the McKinney fire. It occurred in Siskiyou County near the California-Oregon border when the state was battling several blazes this summer. As per CAL FIRE, it has burned 55,493 acres, been active for two days, and is 0 percent contained.

The fire has forced officials in Siskiyou county to order evacuations. The Governor of California, Gavin Newsom, proclaimed a state of emergency for the county saying the blaze threatened critical infrastructure and forced nearly 2,000 residents to flee their homes. Rescue teams have also been aiding hikers on the national park's trails.

What’s the cause of the fire?

The Klamath National Forest lists the cause of the fire as under investigation. But the speed of fire is beyond control. In just two days, it went scorching over one square mile (about 2.5 sq km) to tearing across 62 square miles (160 sq km). The blaze burned dozens of homes while observers claimed to spot wildlife fleeing the area. Meanwhile, unexpected thunderstorms pose a massive threat amidst the fire burning out of control, said U.S. Forest Service spokesperson Adrienne Freeman. The fuel beds are so dry they can just erupt from that lightning. Thunder cells come with erratic winds that can blow fire in every direction.

Warnings and evacuations following the incident

Caroline Quintanilla, Klamath National Forest spokesperson, warned the blaze was "continuing to grow with erratic winds and thunderstorms in the area and we're in triple-digit (Fahrenheit) temperatures." While the U.S. Forecast service informed us that extra resources are delivered to help fight the region's fires amid the lighting forecast over the next few days. Roughly 650 people are working to douse the blaze per the National Wildfire Coordinating Group.

Two people have also been found dead amid the intense wildfire. Their bodies were inside a car in the driveway of a property caught in the blaze. Jeremiah LaRue, Siskiyou County Sheriff, told the media that the two seemed to be trying to escape the area.

Other fires surrounding the area

It’s not just this blaze that has caused a blow to the vegetation and wildlife. The state is seeing frequent large fires during its months-long fire season. Just to the west, a second fire sparked by lighting. It nearly threatened the tiny town of Seiad. The authorities will not confirm the extent of the damage saying assessments would begin when it was safe to reach the area. The third fire on the southwest end of the McKinney blaze was reported, which prompted evacuation orders for around 500 homes. Simultaneously, a fire sparked in grasslands near the town of Elmo grew to about 17 square miles after advancing into the forest in northwest Montana. Whereas, roughly 200 miles to the south In Idaho, the Moose Fire in the Salmon-Challis National Forest has burned on more than 75 square miles of timbered land near the town of Salmon. According to recent updates, it is 21 percent contained.

Climate breakdown on the rise.

California’s wildfire seasons usually take place between late summer and early autumn. However, they are getting increasingly more destructive and lasted longer in the past two decades. At least a third of some of the worst wildfires in US history occurred in California. In 2020 the state experienced its worst wildfire season on record, in which the Bay Area fire became one of the largest wildfires in American history. By the end of the year, the state recorded up to nearly 10,000 blazes that burned down over 4 million acres of land, accounting for more than 4 percent of the state’s total land area.

The answer to looking into the reasons for exacerbating and prolonging California wildfires is short. It’s Climate Change. According to a peer-reviewed study, More than four million hectares that burned in the US between 1984 and 2015 are directly attributable to climate change. The increasing likelihood of wildfires and the surface area scorched by them in the US, Europe, and Australia.

Climate change policies in the land of fire