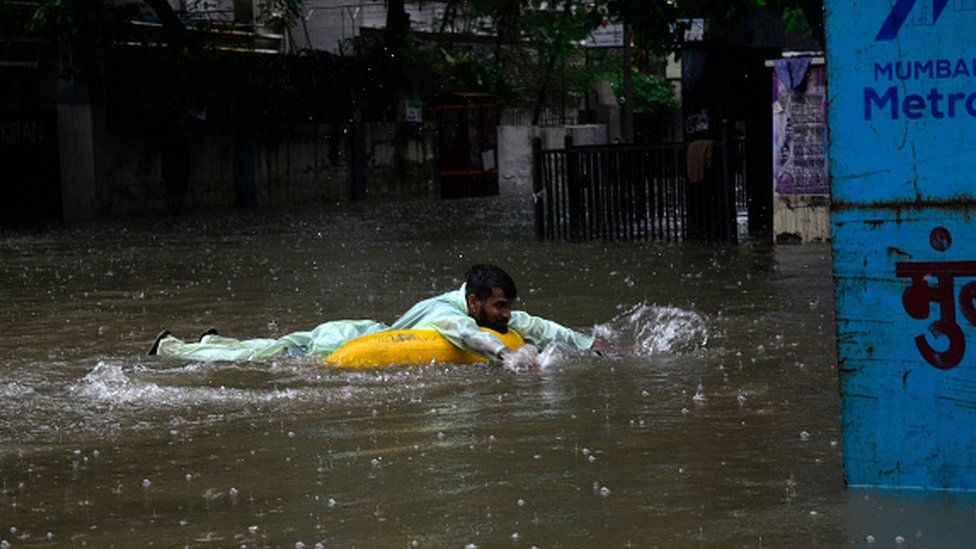 The arrival of Monsoon has brought heavy rains onto Mumbai and nearby areas, disrupting the lives of millions of people in Maharashtra's capital. Many parts of the city have become submerged in waist-deep water as constant rains lash the city, causing flooding.

Teams of the National Disaster Response Force have been deployed in Mumbai as a precautionary measure while the Weather Department has issued an orange alert for the city and its neighbouring districts, predicting heavy to very heavy rains over the next week or so.

Monsoon showers are common in Maharashtra around this time of the year and are important to the lives of millions of farmers who rely on the rains to grow their produce.

However, experts have said that climate change has made the precipitation exceptionally strong and less predictable in recent years, and unchecked urban development can frequently lead to inundated streets, causing traffic jams.

This can be attributed to the thousands of people who migrate to Mumbai every day in search of jobs, fuelling rapid but unplanned construction that is very often unregulated. Many areas show drainage systems that are inefficient or old and that causes flooding as well.

The city's mangrove swamps, which used to act as a natural buffer during floods, preventing them from washing over, have also been reduced, being built over with urban infrastructure in the past few decades.

On Tuesday, Maharashtra's newly-appointed chief minister, Eknath Shinde, visited the Disaster Management Control Room to supervise measures for relief and rescue. Meanwhile, residents can be seen wading through dirty waters as sewers overflow, filling roads with sludge. In many areas, trains have also been disrupted, halting all commute.

In Thane district, many residents from lower lying areas have shifted to storm shelters as water floods their homes. As per PTI reports, the Kundalika river, located on the outskirts of Mumbai, was estimated to be flowing above the danger level.