Plastic Pollution: What Is To Be Done? 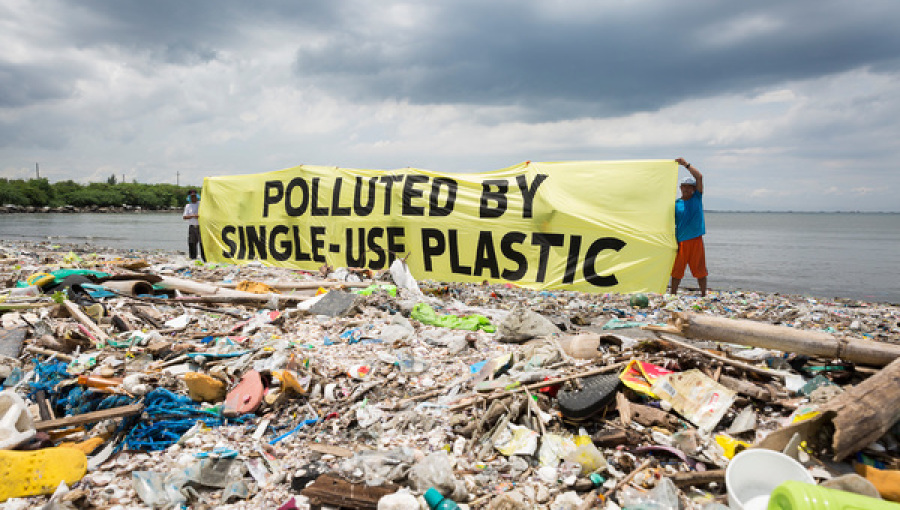 Non-biodegradable waste poses a major threat to the environment. Among them, plastic waste cannot be ignored due to its large scope in the UK and beyond. In the world, approximately 370 metric tons of plastic are produced annually, most of it not being recycled and thrown away after only one use. The United Kingdom, being the second-biggest producer of plastic waste per capita, contributes to this problem by consuming enormous amounts of plastic. In 2021 alone, the UK generated 2.5 metric tons of plastic packaging waste.

Out of all the waste generated from plastics, a small amount is actually recycled. In 2021, 44.2 percent of plastic packaging waste was recycled in the UK including plastic waste incineration and plastic waste exports. It is believed that half of all UK plastic waste is incinerated for energy recovery with 25% ending up in landfills and only 12% being recycled in British reprocessing facilities. The rest is shipped abroad, the country has been exporting plastic waste for several years due to a lack of infrastructure to deal with the humongous amounts of plastic waste.

Why should you care about plastic pollution?

Plastic pollution has several negative consequences on the environment, health as well as wildlife. Researchers specify that plastics are everywhere in our atmosphere in forms that are prominent such as plastic bags to in forms of micro and nano plastics which cannot be seen with our naked eyes.

Our plastic habits and their waste has made us accountable for degrading the quality of air, agricultural land, and our waters. We have also been haphazardly destroying precious earth resources, particularly oil.

Our throwaway culture has adversely affected wildlife particularly marine life. Large amounts of plastics enter any body of water every minute. Plastics being non-degradable, float in water bodies for decades. Both terrestrial and marine life suffer indefinitely. They often consume plastics mistaking it for food that enters their body which may block their digestive processes, it may cause choking, starvation, infection, scarring, reproductive harm, and even lead to their deaths. They may also get injured or die from getting entangled in marine debris.

Another detrimental effect of plastics is caused by microplastics, formed through the breakage of plastic materials through heat and chemicals. Microplastics have multiple hazardous effects on our health such as respiratory problems, lung cancer, and even hormonal imbalances. A report by The Guardian states that microplastics are polluting our bodies as it was found in 80% of people tested.

In addition, plastic trash may get accumulated in the storm drains. Storm drains are designed to capture rainwater and prevent flooding but people may misuse them as trash cans. why.org reports that the city of Philadelphia had to remove 67 tons of litter from the stormwater system. Researchers point out that sewage plastic has a tendency to block the sewers of big cities. Plastic in sewers further also serves to let more trash get into the rivers, water streams, and eventually into the oceans. Problems in sewage drainage can negatively impact the public health of local communities.

Studies have also shown that plastic waste contributes to a deterioration of agricultural output. A  major challenge posed by plastic waste is a complication of climate change posing a major threat to agricultural sustainability, animals, and human civilization.

What is to be done?

As discussed above, the problem of plastic waste poses a threat to the very existence of humanity. As consumers, we should strive to minimize our individual plastic waste generation.

An individual can take a number of steps to reduce the use of single-use plastics and minimize using plastics in daily life. A person who wants to help with plastic waste should not use any plastic products as much as possible. For instance, they can use paper straws or reusable straws everywhere. Since plastic bottles and plastic bags are widely used in restaurants, cafes, and supermarkets; it would be an economical and eco-friendly option to carry personal shopping bags and carry reusable bottles. They can also search for and use refill stations near them for all forms of grains, cereals, and beans instead of buying disposable packaged food. They should also segregate waste in their house and workplace and manage them accordingly.

While educating and encouraging individual citizens to minimize their plastic waste generation is important, people who care about the environment are required to work together to tackle commercial and industrial sources of such waste. One can help in the reduction of plastics by forming communities and advocacy groups to call out the many manufacturers in the market that use excessive plastic packaging. Collectively, concerned groups should encourage the general public to buy from more environmentally friendly companies. In addition, environmentally conscious people can also work together to pressure their local elected officials as well as the larger civil society into taking aggressive steps to combat the dangers posed by plastic waste.

How is the UK government taking eco-friendly steps?

The UK has made it a standard by being a global leader in combatting plastic waste and has taken initiatives to face plastic pollution by banning microbeads in rinse-off personal care products and restricting the supply of single-use plastic straws, stirrers, and cotton buds.

A move that can help reduce the societal consumption of disposable plastic is to completely ban single-use plastics at the national level. The UK passing such legislation would also encourage other countries into adopting similar policies.

There have also been robust voluntary initiatives from the private sector to combat the problem of plastic waste. Among them are the UK Plastic Pact, and Plastic Industry Recycling Action Plan (PIRAP).

The British Government so far has always been a part of the Commonwealth Clean Oceans Alliance and the UN Sustainable Development Goals which have goals directed toward combating the impact of plastic waste on marine life.

The implementation of governmental efforts has positively affected plastic reduction in business industries. The latest estimates for England only, indicate that Commercial and Industrial waste generation was around 33.8 million tonnes in 2020 which was a reduction from previous years. However, this may work to lessen the affected areas that occur due to the huge consumption of plastic products it makes.

Plastic polluting our environment is not only damaging nature but also toxic to innocent animals and our species. Plastic being foreign to our bodies is a major threat to us individually and human civilization. The government has been planning to lessen plastic waste through its policies and agendas. However, the war on plastic is impossible to tackle without individual efforts, environmental advocacy groups, and government policy planning together as a team.

Hence, we need to avoid plastics when possible and discourage the production, consumption, and mismanagement of plastic waste not for anyone but ourselves and the environment that we live in.

UN Starts The First Committee To Reach A Plastic Treaty