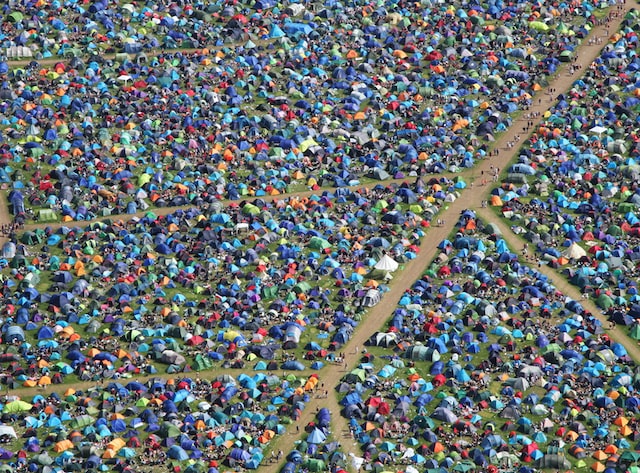 With the end of summer looming the festival season is coming to an end, there have been plenty of music festivals spread out all over the summer season for partygoers to relish in. However, the aftermath of these festivals is not as idyllic as the start, and the waste that is left behind acts as a catalyst for the environmental disaster that is happening to our planet.

The UK think tank, Power Thinking, has estimated that the average music festival contributes to 23,000 tons of waste every year.  Out of that figure, a third is recycled with the rest is sent to landfill.

In 2021 at the notorious Isle of Wight festival in the United Kingdom, 10,000 tents were left behind, similar scenes have been seen at the Reading festival year after year where partygoers leave plastic tents, sleeping bags, trash, and booze behind. A common myth that is believed regarding what happens to festival goers' belongings that are left behind is that they are donated to charity, but this is not the case. Up to 90% of tentsthat are left at festivals go to the landfill, and with the number of tents being left steadily rising it is evident that this problem needs to be addressed.

The Isle of Wight festival promoted the founding of a scheme called “Love Your Tent” to help combat this issue Love Your tent takes control of an area within the campground and requires campers to sign a legal document of code and conduct which requires them to take their tent with them once the festival is over. It is an effective way to reduce the waste that is left behind at the end of the festival.

Other ideas for different schemes have been thrown around in the past such as an eco bond scheme where attendees would pay a £10 eco bond which will be repaid if they fill up a bag of rubbish at the end of the festival. Moreover, volunteers that can assist campers to collapse their tents at the end of the weekend for them to either be reused or donated could also be an effective way to help fight against the volume of tents that get left behind.

It is not just what is left behind that is concerning for environmentalists when it comes to festivals and partygoers' contribution to the carbon footprint, the means of travel is one of the biggest causes for concern. Europe’s festival Tomorrowland which is one of the main festivals of the year that attracts 600,000 ravers recently came under fire due to the “party flights” that they were promoting.

According to the U.K. festival industry from the Vision 2025 climate action network, the environmental impacts of festivals have risen since 2015, and not enough is being done to combat this issue. As the issue is not just specific to one category, according to the Association of Independent Festivals the biggest issues when it comes to sustainability and festivals are the discarded tents and travel emissions, therefore it is harder to combat.

Festivals are undeniably fun and carefree spaces created for people to enjoy themselves and witness some of the best artists of our generation. However, the future of festivals may be murky if a change isn’t enforced more heavily regarding the carbon emissions that are manifested due to the festival scene.