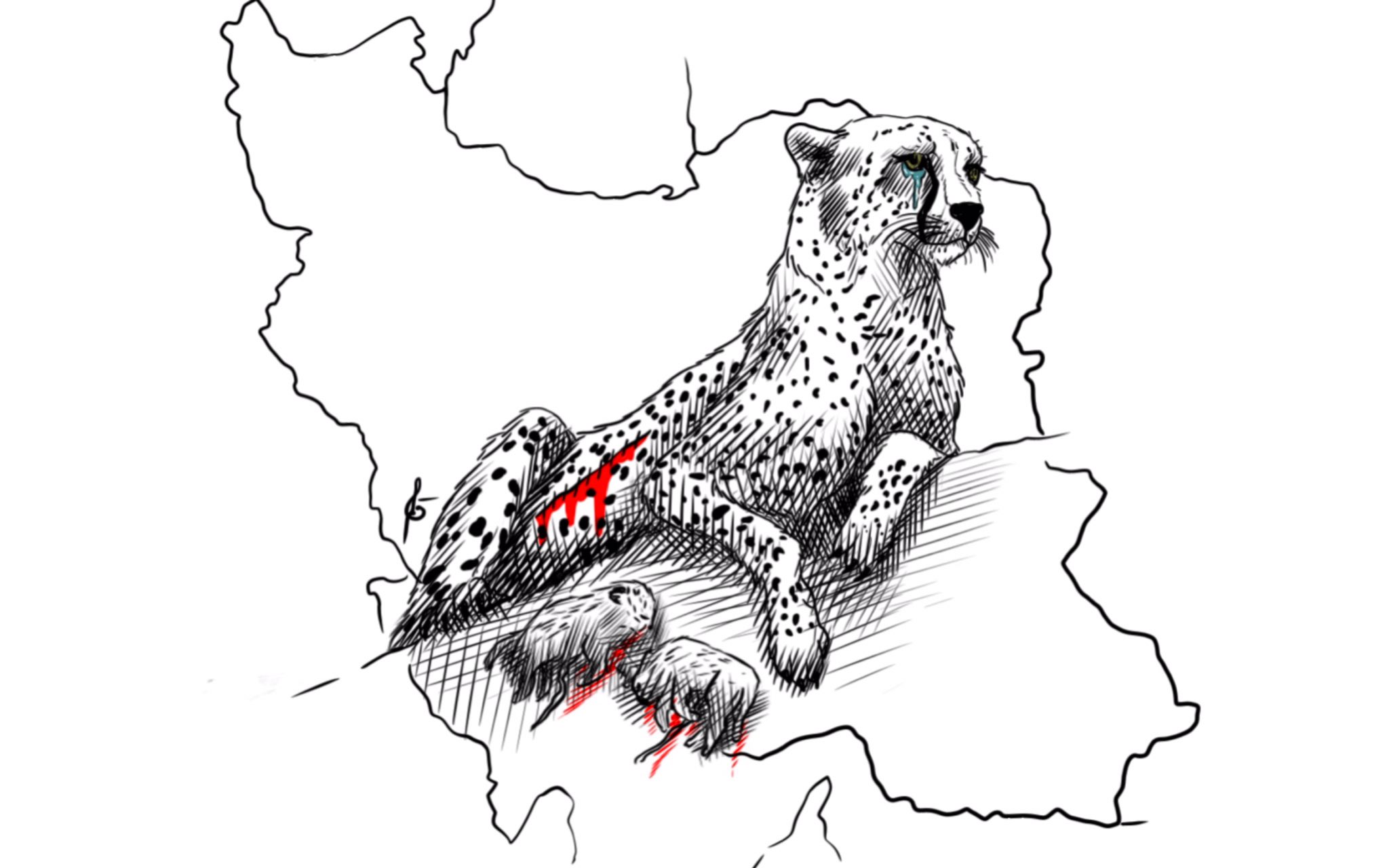 The Asian cheetah is one of the critically endangered native wildlife of Iran.

Iran is one of the last countries where these animals live and have launched an UN-sponsored conservation program since 2010.

In 2010, the number of cheetahs reached 100, of which only twelve are now alive in Iran, and only three of them are adult females.

Cheetahs are still found in parts of southern Africa but have virtually disappeared from North Africa and Asia.

“Iran” is the name of a female cheetah taken from smugglers in Tehran in 2017 when she was eight months old and was transferred to Turan National Park in Shahroud, Semnan Province, in 2020.

Firooz is a 12-year-old male cheetah identified in 2012 in the Turan region. From the beginning of 2021, efforts were made to catch this cheetah from its natural habitat in the national park. The move was criticized by a group of activists and wildlife experts.

“Iran” and Firooz mated in February 2022 and the veterinary team decided to have a cesarean section on April 30th due to the physical condition of the pregnant animal and the sensitivity of keeping the mother and cubs at the same time.

An animal with healthy anatomy is unlikely to need to intervene in parturition.

The last pre-pubertal examination of “Iran” performed by German specialists did not show any problems and there were no anatomical deformities in Iran to make parturition difficult.

The sex of cubs was first announced as female, raising hopes to prevent extinction. But a few days later, it was announced that the initial diagnosis was wrong and that the cheetah cubs were all three males.

“Iran” refused to breastfeed its cubs after regaining consciousness from cesarean section.

Three days after the birth, the death of one of the cubs turned hopes into worries.

Hassan Akbari, the Deputy Director of Environment Organization, spoke about the mistakes that were made and said that the reason was a "lack of necessary knowledge and experience."

According to Mr. Akbari, an autopsy performed on the dead cub demonstrated that the animal was suffering from severe "constipation." Due to the presence of milk clots, the initial hypothesis of the veterinarians of the Environment Organization of Iran is that the type of milk which did not have the proper quality to feed these cubs.

Mr. Akbari lamented that there is no proper milk for cheetahs in Iran and poor quality milk has been used.

On Tuesday, May 17, Iranian officials found out that one of the two remaining cheetah cubs had a defecation problem.

After that, a veterinarian from Semnan Veterinary School went to the Cheetah Breeding Center in Turan National Park, and after examining the cubs, they were transferred to Semnan for ultrasound and treatment.

According to the official of the Environment Organization, one of the two cubs left on the road passed away.

The last cub is still alive but he is in a concerning situation. Yet no one takes proper responsibility for this disadvantage.

There were rumors that the care of the third cub would be entrusted to an Indonesian specialist, but then the plan was opposed by the authorities!

Unnecessary cesarean section on “Iran,” the mother cheetah, and the only Iranian female cheetah currently available, has most likely caused her permanent infertility, which means the extinction of the cheetah in Iran. The cubs perished due to the trivial mistakes of self-proclaimed experts; Those who have no experience in this work, neither the ability to study specialized resources and use global knowledge nor even the ability to seek help from international experts.

If the breeding project in captivity were successful, it would be a historic event on a global scale, but everything in Iran is political. One cannot analyze the simplest events without understanding the political situation.

Specialized institutions are slowly emptied of expert staff. Recruitment is not based on knowledge but is proportional to the degree of ideological dependence. The administrative system of the country is broken and scientific work, and scientists have no place. Simple communication with specialized international institutions is considered a crime.

Concerns over the extinction of the Iranian cheetah, a group of Iranian environmental activists, including Houman Jokar, director of the International Project for the Conservation of the Iranian (Asian) Cheetah, have been in prison since 2017 on security charges.

The bitter fate of “Iran” and her cubs has revealed unpleasant facts about Iran's environmental problems, from the inefficiency of managers to the lack of infrastructure for wildlife protection.

Such a great tragedy and failure pushes cheetahs one step closer to extinction and deprives the earth of the existence of this beautiful creature.