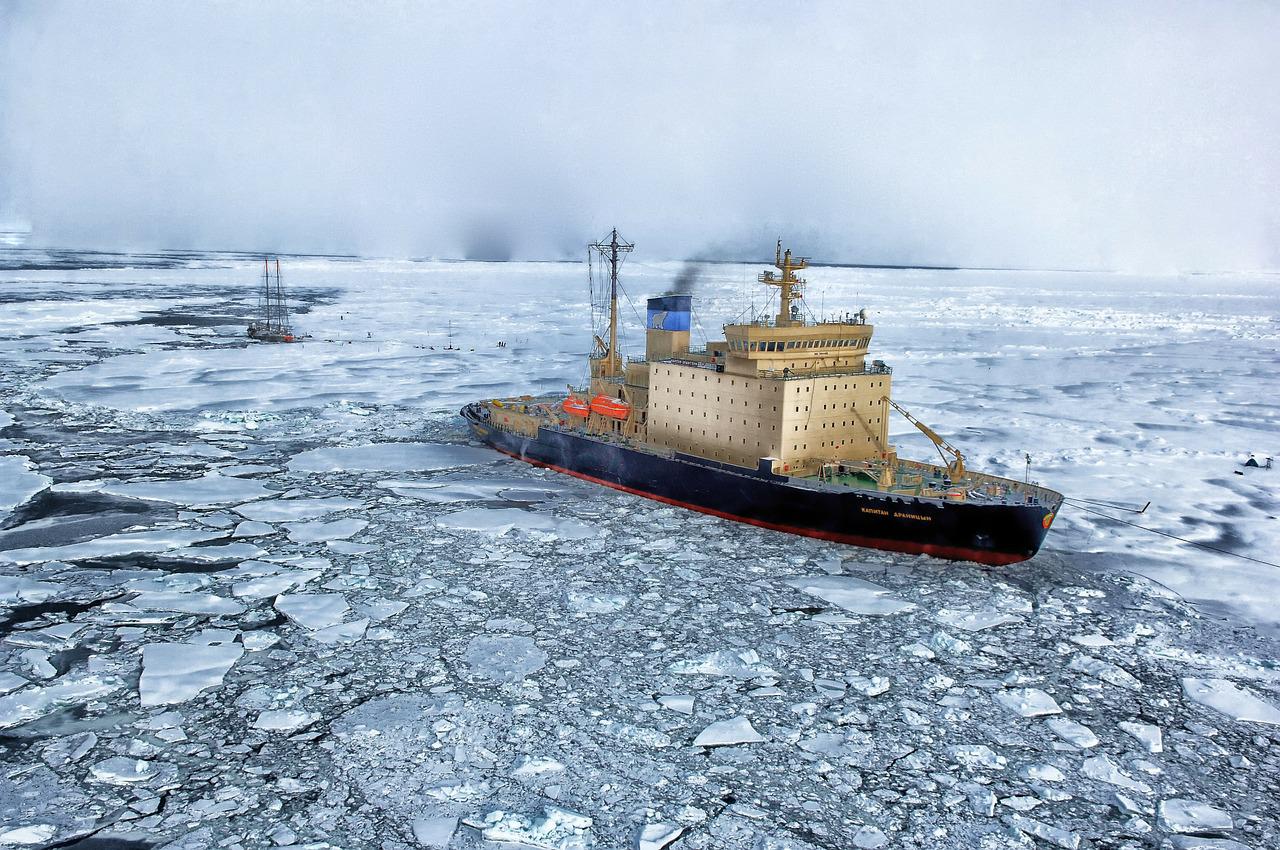 What is Russia's most recent strategy for the Arctic?

The most recent edition of the strategy, heading towards 2035, describes the situation in Russia's Arctic region and addresses challenges, such as:

As sea ice melts, Russia is deploying more and more soldiers and equipment to the far north, essentially becoming the first military country to act on the strategic implications of climate change for the region, in what some have called the beginnings of a very war cold. In addition to increasing its economic stronghold in the Arctic, Russia has also continued to strengthen its military presence in the north. This is seen as vital by the government, considering Arctic security is an important part of Russian national security due to navigation in the region, and also for maintaining state control over natural resources. Russia has reactivated several Soviet-era bases in the north and strengthened its presence in remote Arctic areas such as the Novaya Zemlya Archipelago, an airbase near the Taimyr Peninsula, by building even more icebreakers, including nuclear-powered ones. Russia's Arctic militarization will be further examined in the next section, which analyses it as an instrument of Russia's coercive diplomacy in the region vis-à-vis the United States.

Relations between Russia and United States in the Arctic

The Russian Arctic territory is near the Far East and borders the US state of Alaska, separated by the Bering Strait. Moscow's military build-up in the Arctic was likely among the many issues the two diplomats had to discuss. Throughout its history, Russia has been effectively defended from the north by the frozen Arctic Ocean. But the minimum packet of ocean summer ice in recent years is about a third less than the 1980s average when monitoring began, say researchers at the National Snow and Ice Data Center base last year in Colorado. The ocean has lost nearly a million square miles of ice and is expected to be almost ice-free in the summer, even at the North Pole, by the middle of the century. The grand merger is Russia's strategic "worst nightmare," said Michael Kofman, a senior researcher at CNA, a think tank based in Arlington, Va. "It opens a whole new theatre in the event of a conflict with the United States" which will prove difficult to defend, he noted. Of the five nations with a significant Arctic coastline - Canada, Denmark, Norway, Russia, and the United States - Russia is by far the longest. "In a sense, Russia is acquiring new external borders that need to be protected from potential aggressors," wrote the German Institute for International Affairs and Security, a Berlin-based think tank, on the problem of the disappearance of ice in Russia.

Lieutenant Colonel Balabeg A. Eminov is the commander of the anti-ship battery and other facilities on Franz Joseph's Earth, called the Trefoil base. "The main issue in the Arctic is the limited accessibility for ships due to the ice," he said. "Now the open water area is increasing, and with it the area for ship activity". In a recent briefing aboard the battleship Peter the Great, Admiral Aleksandr A. Moiseyev, commander of the Northern Fleet, painted the Russian build-up as a response to increased Western military activity in the Arctic Ocean. "NATO navies have begun to regularly sail single surface warships, or even convoys" in the ocean and linger longer than before, Admiral Moiseyev said. He called it the most significant military activity in the region since World War II. On the Russian side, the Northern Fleet will conduct sea trials on 13 new ships this year, adding to the more than four dozen already in service. Thomas Schelling's concept of coercive diplomacy was developed to explain the relations between conflicting powers, which according to his theory, fear escalation and need cooperation to ensure stability. He argues that great powers try to coerce their adversaries to respect their interests without triggering an armed conflict.

The case of great power relations in the Arctic is also applicable to the second and third components of Schelling's concept. Russia has built a credible presence in the Arctic, which is demonstrated through its military and economic influence in the region, as explained above. The state also maintains significant power projection capabilities in the Arctic which supports its goal of being seen as a global power by the United States. While the American National Security Strategy document placed Russia, along with China, as the revisionist powers that pose the greatest of challenges to the American strategy, there is still a strong opinion among American politicians and specialists that Russia is no longer. The global power is unable to seriously challenge American global hegemony. This satisfies the second element of Schelling's concept, in which Russia is a credible threat to the United States in the Arctic, while at the same time making no demands or ultimatums about American military presence in the Arctic. A Valdai Club report outlined several disputes between the two countries in the Arctic, and it can be observed that Russia does not make quick demands or threats regarding the disputes. This is in line with the third element of Schelling's concept. Finally, we will examine the fourth and fifth elements of Schelling's concept. Despite the fact that Russia and the United States are two global adversaries whose rivalry has become particularly heated in recent years, both countries have managed to maintain a tone of cooperation and a kind of trust in the region's international relations. Both states recognise the need for international cooperation to mitigate threats and challenges, such as the need to avoid military conflicts in the region, the need to ensure the national security of every nation in the Arctic, and the urgency of environmental effects in the region - which resonates well with Russia's concerns about melting permafrost in the north. Russia's foreign policy strategy states that it is "a policy aimed at preserving peace, stability and constructive international cooperation" and "resolving any regional issues by negotiation".