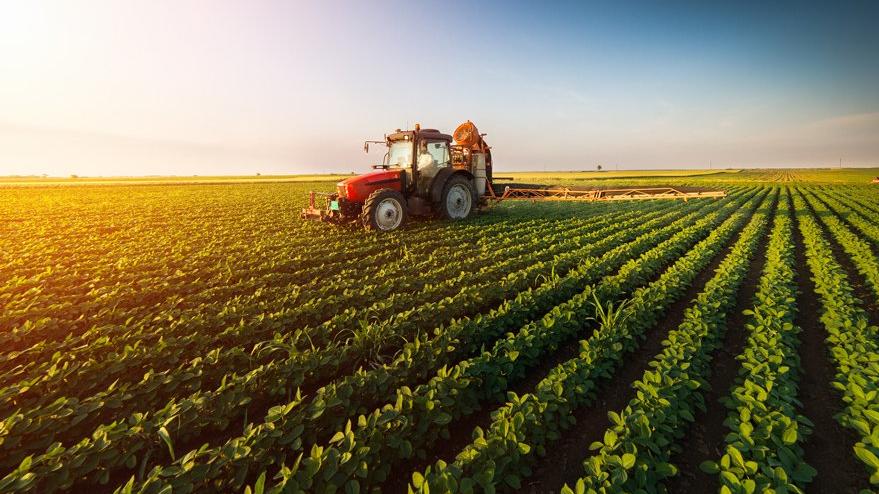 Agricultural production in Turkey is quite high. Turkey is a self-sufficient country in agriculture, but due to the neo-liberalization policies implemented after 1980, there were great changes in agricultural production. These changes had many negative consequences. For example, many sinkholes occurred in the Konya plain due to excessive beet cultivation. In this essay, the situation in Konya the policies implemented by Turkey since 1980, and their results will be analyzed.

Konya plain is one of the areas where agriculture is actively practiced in Turkey. The region is known as Turkey's granary and has vital importance for the Turkish economy. However, the excessive cultivation of land and water resources in the region for the last 40 years has been exhausted. Namely, natural resources are not unlimited. They should not be used excessively. If the resources are overused, many problems occur. For example, the area can become a desert. After 1980, most farmers started planting crops like beets instead of wheat because it was no longer subsidized by Turkey. Farmers also encountered many economic problems, so they turned to other crops instead of wheat which increased water problems in the region. Many sinkholes began to form in the Konya plain because farmers overexploited their water resources for farming. In fact, the rate of use of water is faster than the rate of renewal of water, the danger of drought has emerged in the region. In addition, the effects of climate change in recent years have further increased the risk of drought in the region. In particular, there has been a rapid decrease in the rate of rain falling in and around Konya due to the increasing temperatures. Therefore, if these agricultural techniques continue to be applied, the danger of desertification in the region will increase. Maybe 20 years later, the Konya plain will turn into a desert.

Turkey has been supporting agricultural production in Anatolia since the 1930s and was doing a lot of work to increase its productivity because the state follows an economic growth model based on agriculture. However, the situation started to change with the neo-liberalization policies that the government started to implement in agriculture in the 1980s. Firstly, the state no longer subsidized agricultural production which put farmers in a rather difficult situation. Their profits fell rapidly. The state also stopped giving cheap loans to farmers. Many farmers as a result had to sell their land. In other words, Turkey deregulated the agriculture sector after 1980 and stopped its protectionist policies. In 2001 Turkey was in a major economic crisis. The Agricultural Reform Implementation Project (ARIP) was signed and a loan of 600 million dollars was taken from the World Bank. According to this agreement, Turkey would privatize their agricultural sector. The government left its farmers alone. For example, the government would no longer subsidize farmers to plant tobacco and cotton. Many farmers who planted these two crops either started to plant other crops or sold their land.

Furthermore, the seed law enacted in 2006 prohibited the sale of uncertified seeds and privatized the seed industry. It has also pushed many small farmers out of the market. Seed companies such as Monsanto have taken over the Turkish seed industry. Moreover, the government regulated Turkish co-operations and thus have been privatized. Namely, co-operatives have been tried to be pushed out of the agricultural sector. Furthermore, after the 1990s, the retail sector started to develop rapidly in Turkey. Holdings such as Sabancı, Koç,Yaşar, and Nestle have taken over the sector. Namely, they began to gain power over both food production and food sales operations. In addition, with the rapid increase in supermarketization after the 2000s, the food industry in Turkey was quickly commodified. Due to such factors, farmers faced many problems. Therefore, they sought some solutions to overcome these challenges. For example, they diversify their products. Most farmers plant avocados, okra, and bananas which make a massive profit. Some farmers sign contract farming agreements with supermarkets. In this way, they ensure their sales. Some farmers also increase the quality of their products. For example, farmers sell boutique olive oil production or get GI certification. For instance, Edremit olive oil lost its market share to a large extent due to neo-liberalization policies, but thanks to its GI certificate, the farmers producing it started to profit again.

Beginning in 1980, Turkey's agricultural policies changed dramatically. The state stopped subsidizing and protecting farmers, causing economic problems for many farmers. Some of the farmers migrated to the cities. Others also sold their land and started working in fields such as tourism or mining. For example, people in Deliktaş and Demirtaş sold their land after the state stopped subsidizing tobacco production. In particular, many acres of land near villages in the Aegean were privatized and bought by tourism companies. Farmers tried to create some solutions to eliminate these situations. In Konya, the farmers planted beets because the state did not subsidize wheat, but the water needed for beets is higher. Konya plain is also a poor place in terms of water resources. In other words, agricultural production in Konya is not sustainable and caused desertification of the region. Thus, the neo-liberalization policies implemented by Turkey in agriculture after 1980 are not feasible. It harms both the farmers and the environment in Anatolia.

Evolution of the Food Industry