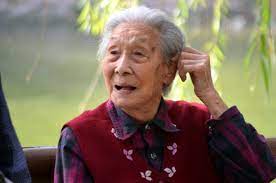 Research on a group of centenarians has led to the discovery of an anti-aging gene that can reverse ten years of ageing in the heart.  Researchers at the University of Bristol and the MultiMedica Group in Italy have made a significant discovery that could help patients with heart failure. The findings were published in Cardiovascular Research.

Those carrying healthy mutant genes, like those who inhabit the world's blue zones (Okinawa, Japan; Sardinia, Italy; Nicoya, Costa Rica; Ikaria, Greece, and Loma Linda, California.), have an increased chance of surviving to a ripe old age. These people also have a lower risk of developing cardiovascular problems. According to research supported by the British Heart Foundation, the gene may help prevent age-related disorders like heart failure.

Human cardiac cells were tested in vitro for three years in Italy as part of the investigation. Scientists from Milan's MultiMedica Group, led by Professor Annibale Puca, introduced the gene into the heart cells of elderly patients with severe heart issues and compared their performance to that of healthy individuals and those who had not had heart transplants.

According to lead author and MultiMedica Group in Milan, Italy researcher Monica Cattaneo, "The cells of the elderly patients, particularly those that support the formation of new blood arteries, dubbed 'pericytes,' were found to be less performing and more aged”. The cardiac cells of elderly heart failure patients have started working again and shown to be more efficient at generating new blood vessels after being exposed to the longevity gene/protein in the test tube, resulting in cardiac rejuvenation.

Centenarians are role models for future generations because of the positive impact on health. For the first time, this research shows that a gene associated with long life spans in centenarians can be transferred to unrelated individuals to prevent heart disease.

Future studies may uncover more mutations with the same or even better therapeutic potential as the one under investigation here. Both Professor Madeddu and Professor Annibale Puca of Milan's MultiMedica Group are optimistic that this research may spark a new generation of medicines based on the DNA of older adults.

For good measure, Prof. Madeddu remarked, "Our findings suggest the healthy mutant gene can restore the deterioration of heart performance in older persons. For this reason, we're exploring whether it's possible to get the same results by administering the protein itself rather than the gene.” Diseases with genetic roots often are treated with gene therapy. But protein-based treatments are more practical and less risky than gene therapy.

Here, they used mouse models of age-related heart disease and human cardiac pericytes - cells that are spread out throughout the capillary walls at regular intervals (PCs) from failing older hearts to rejuvenate the angiogenic characteristics of the cells and restore their heart's function and vascularization.

It is not yet clear how long the therapeutic impact lasts in vivo or if subsequent dosages are required, more research is needed. Uncertainty exists as to whether the advantage shown in mice can convert into therapeutic effects in advanced stages of heart failure.

The longevity gene/efficacy/safety proteins studies toward regulatory clearance will assess if this novel technology can prevent and treat age-related illness by restoring health rather than repairing harm.