Epidemiologist says that the China Covid explosion is the beginning of a nuclear crisis. The information the world needs 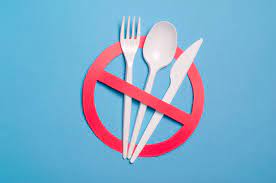 China sees a severe new wave of Covid, with the Omicron variant predominating most of it. Since the country's limits were loosened and the zero Covid curbs were removed, infections and deaths have soared. According to epidemiologist and health economist Eric Feigl-Ding, infections are currently multiplying every hour in China, outpacing cases by a factor of two that is not even days.

According to estimates, 10% of the global population and more than 60% of China's population are expected to contract the disease within the next 90 days. Millions of deaths are probably in store, and this is just the beginning. The current guiding principle of the Chinese Communist Party is to "Let whoever needs to be infected be infected, let whoever needs to die, die."

The doctor claimed that early illnesses, early fatalities, an early peak, and an early start to production again. It is challenging to do PCR tests that quickly; hence it is difficult to determine the recovery rate if the doubling is less than one day. The doctor said that the situation in China and the entire world is dire.

As the virus spreads throughout the Chinese capital, one of Beijing's designated crematoria for Covid-19 patients has been inundated with dead bodies recently, providing an early indication of the human cost of the nation's short relaxation of pandemic restrictions, according to the Wall Street Journal (WSJ).

China has not reported any Covid deaths in Beijing after the government revealed four deaths between November 19 and November 23. The State Council's information office did not immediately respond to a late-Friday request for comment. There has been a rise in queries for cremation and other burial services, according to employees at Beijing Dongjiao Crematory, a facility on the eastern outskirts of the Chinese capital, according to WSJ."

On Friday, a woman answered the phone at the crematorium and said, "Right now, it's always on. Since the Covid reopening, we've been swamped with work. We are unable to follow."

The woman claimed that Dongjiao Crematory, run by Beijing municipality and which the National Health Commission designated to handle Covid-positive cases, was getting so many bodies that it was performing cremations in the wee hours of the morning and the middle of the night.

She estimated that the crematorium received almost 200 bodies daily, up from 30 or 40 on an average day. The staff at the crematorium has been overworked, she claimed, and several of them have just contracted the rapidly spreading illness.

Men who work at the facility, which also includes a funeral home and a small complex of stores, said that the number of dead has dramatically grown in recent days selling caskets, urns, flowers, and other funerary items. However, none of the men would estimate the extent of the increase, according to WSJ.

In China, days might no longer double. Let that sink in. According to some experts, doubling time now includes "hours." Since PCR testing is complex at that pace, it isn't easy to calculate if the doubling time is shorter than one day. Feigl-Ding believes there is a severe threat to both the world and China.

Former Chinese President Jiang Zemin died at the age of 96