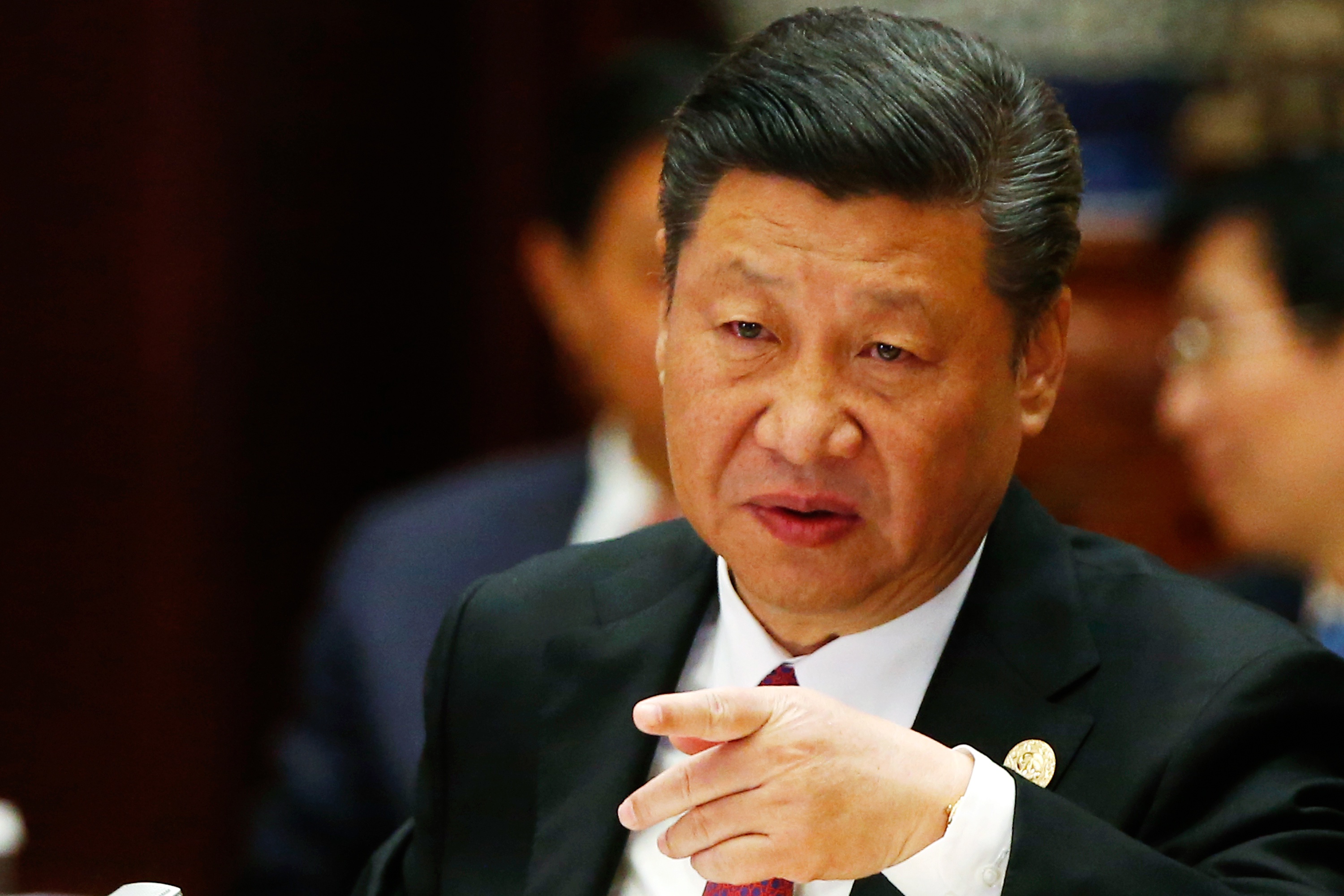 The current geopolitics is heated with stark warnings and urges exchanged between China, the United States, and the United Kingdom. The factors that incited the verbal battle among these countries started with an unusual joint public statement from M15 and the FBI about the risk posed by China. The tension mounted when U.S. House Speaker Nancy Pelosi mentioned a possible trip to Taiwan. Rishi Sunak, a candidate for Britain’s next prime minister, said China is the “biggest long-term threat to Britain and the world’s economic and national security.”

For an unprecedented joint public statement, the heads of the FBI and M15 shared a platform in London recently. MI5 Director General Ken McCallum said M15 already "more than doubled its work against Chinese activity of concern," adding it is now running seven times as many investigations related to activities of the Chinese Communist Party compared to 2018. FBI Director Christopher Wray said the Chinese government "poses the biggest long-term threat" to the economic and national security of the UK, the U.S., and Europe.

The growing threat from China

Speaking at MI5 headquarters in Thames House, the heads of the UK and US security services described the challenge posed by the Chinese Communist Party as game-changing, immense, and breath-taking.  The FBI Director warned the Chinese government "poses an even more serious threat to Western businesses than even many sophisticated businesspeople realize." That includes senior figures from universities and chief executives of businesses.  They are "set on stealing your technology using a range of tools." According to him, China stationed cyber espionage to "cheat and steal on a massive scale" with a hacking program larger than every other major country combined.

Alongside M15 head informed, the UK has shared intelligence with 37 countries to help Britain defend against cyber spying. McCallum revealed the group disrupted a sophisticated threat directing critical aerospace companies back in May 2022. Reactions to this news were prompt from Chinese media outlets. One outlet said, “British drama queens are on the move again.” The allegations are “nothing but sensationalism and unprofessionalism.” In an official response, China Foreign Ministry spokesman Zhao Lijian said British intelligence was trying to "hype up the China threat theory". He later advised the head of MI5 to "cast away imagined demons". He added the FBI director had also been playing up the China threat just to attack the country, revealing a "Cold War mentality". He urged him to avoid making any "irresponsible" statements.

The matter around possible Chinese threat didn’t stop here. Tensions rose when Taiwan came up at the same conference. During the discussion, Wray said China might attempt to take over the independent island by force. If that were to happen, it would represent one of the most dreadful business disruptions the world has ever observed. It was also the Financial Times report that potentially raised the tensions between China and USA and got the dragon’s attention.

China heightens a warning to the United States over possible House Speaker Pelosi's visit to Taiwan.

Recently, the Financial Times reported on a possible trip to Taiwan in August by U.S. House of Representatives Speaker Nancy Pelosi.  China responded quickly by issuing stark private warnings to the Biden administration. The forewarning was intense compared to previous threats Beijing made when it was unhappy with U.S. actions or policy on Taiwan, according to the reports by FT. Media reports suggested the reaction from China was a possible military response. Though the White House National Security Council and the State Department have not commented on the situation, on July 20, President Biden said that "the military thinks it’s not a good idea right now for Nancy Pelosi to go to Taiwan." Chinese Foreign Ministry spokesman responded: 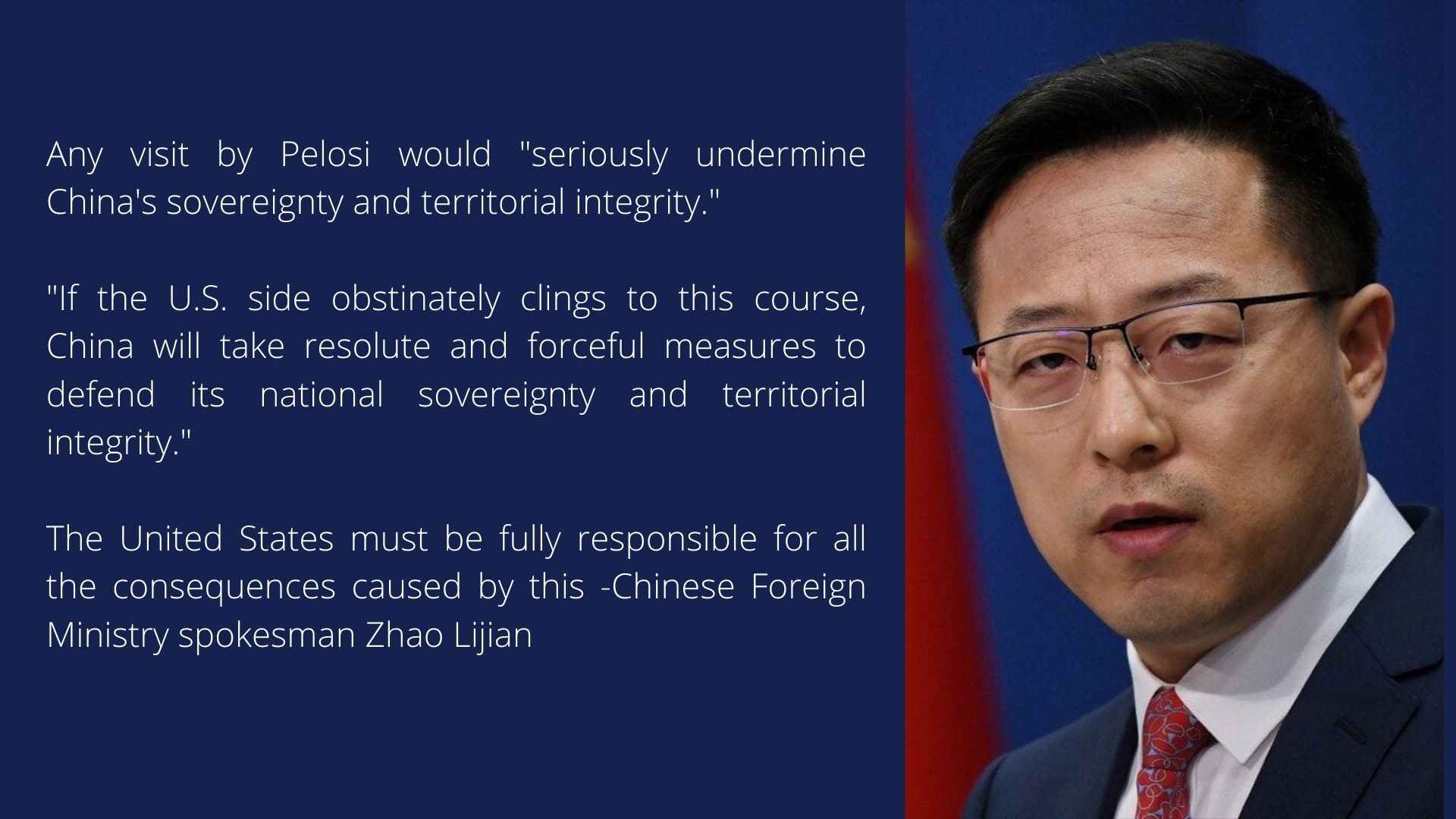 China has not clarified what actions it would take. Current speculation centered on a new round of threatening military exercises or even an attempt to prevent Pelosi’s plane from landing by declaring a no-fly zone over Taiwan.

What is China doing in Taiwan?

China has been intensifying military activity around Taiwan. In recent months, China has sent warplanes into Taiwan's self-declared air defense zone many times, an action that does not violate any international law but eventually resulted in Taiwan opting for precautionary defensive measures.

Taiwan’s capital has held drills due to concerns about a Pelosi visit.

Taiwan’s capital of Taipei recently staged air raid drills as the military held its annual multi-day exercises, including joint air and sea exercises and the mobilization of tanks and troops. On July 25, Sirens sounded at 1:30 pm (05:30 GMT) for the mandatory street evacuation drills, which effectively shut towns and cities across northern Taiwan for 30 minutes. A practice “missile alert” was sent via text message asking people to evacuate. Taipei mayor Ko Wen-je said in a speech, "It is necessary to make preparations in the event of a war" after overseeing drills for the exercise.

Amid these tensions and verbal battles, Rishi Sunak labeled China as Britain’s long-term threat. Citing Sunak’s statements amid elections as the UK’s internal affairs, Zhao Lijian declined to offer specific comments. But he added: “I do want to inform some UK politicians that they can’t solve their problems by frequently using China to make arguments and hyping the ‘China threat’ and other irresponsible statements.”