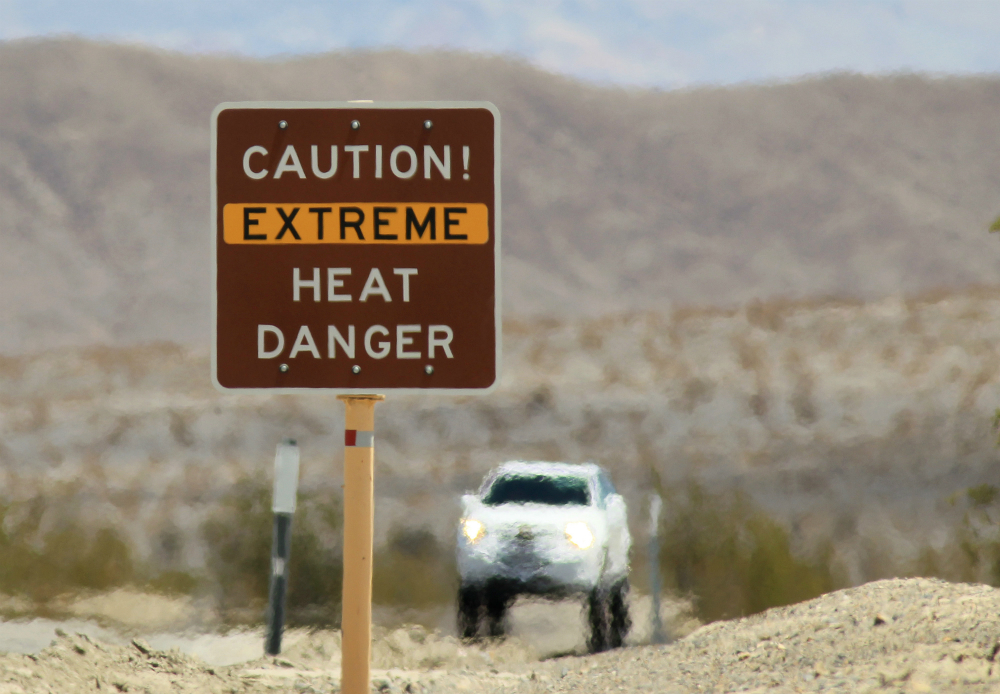 Heat waves are becoming more widespread in the United States, affecting people's health and daily lives. Arizona, one of the warmest states in the US, receives excessive heat warnings regularly, causing a shift in how the state addresses these heat-related concerns.

According to a July 21 news story by FOX 10 Phoenix, the National Weather Service issued Excessive Heat Warnings to eight Arizona counties, which were in effect for many days after the announcement.

Arizona endured more extreme heat than is typically predicted during the hotter months of June and July, raising additional concerns about the health of Arizona citizens. A doorbell video of a UPS driver falling in front of a home while delivering a box during the day was featured in a July 20 news report by USA Today.

Longer days and temperatures that exceed 100 degrees Fahrenheit discourage Arizona people from spending extended periods outside. The state started measures to get citizens ready for the heat. The National Weather Service in Arizona and the Phoenix Fire Department continue to issue daily heat advisories, according to FOX 10 Phoenix. Hiking paths in Phoenix have also been restricted due to the dangers of wildfires and heat exhaustion.

As the heat continues to linger in Arizona, residents share their thoughts on how their state is dealing with it. Thong Vo, a sophomore at Arizona State University, believes that Arizona should reconsider its priority in heat-related duties for the most hit places, such as Phoenix.

"I think that there’s more that should be done to really educate and to mitigate," Vo stated. "I think the state, overall, what we’ve done is a good start, but we could definitely be doing more to get the message out there."

Children and young people are still in danger of suffering from heat exhaustion. The state emphasizes sunscreen use, limiting time spent outside during the day, and seeking emergency medical assistance if experiencing symptoms such as dizziness, nausea, or excessive perspiration; more information may be found on the Maricopa County website.

To compete with the heat, Arizona people's daily lives become a challenge. People crowd into public locations like shopping malls to go outside with fewer restrictions, especially following the COVID-19 shutdowns. People still prefer to work from home owing to heat exhaustion.

"What I think is, because of the heat, people get so much of stress," said an after-school program instructor in Arizona. "So, I have to be at the center at least by 1 p.m., so driving that car during this heat is terrible, so exhausted, I already get exhausted with this."

The instructor is in charge of one of the many centers in the United States in Arizona that grants students more academic opportunities through math and reading. They said that their experience with the heat begins to disrupt the kids' timetables.

Parents request that their children's classes are scheduled later in the evenings, which is one of many examples of how businesses in Arizona serve more clients and customers after the sun goes down. However, remote work from home appeals to firms now, and it may gain prominence in the coming months.

"It’s better to have more work from home rather than driving during the heat. You cannot control nature, that’s the thing. What can we do?" the after-school program instructor explained.

The National Centers for Environmental Information released their June 2022 Global Climate Report, which highlights the overall rise in temperatures, particularly in the Southwest, where satellite indicators found the Western United States and the Southern Great Plains impacted by low groundwater, dry soils, and unhealthy vegetation.

According to USA Today, Arizona is just one of many states in the United States that have been badly affected by heat waves, with the Southwest, Central, and Northeast experiencing potentially one of the country's longest heat waves. The concern now is how the country will react to the heat in people's daily lives and overall productivity.

*One of the names stated in the story was removed per the interviewee's request.