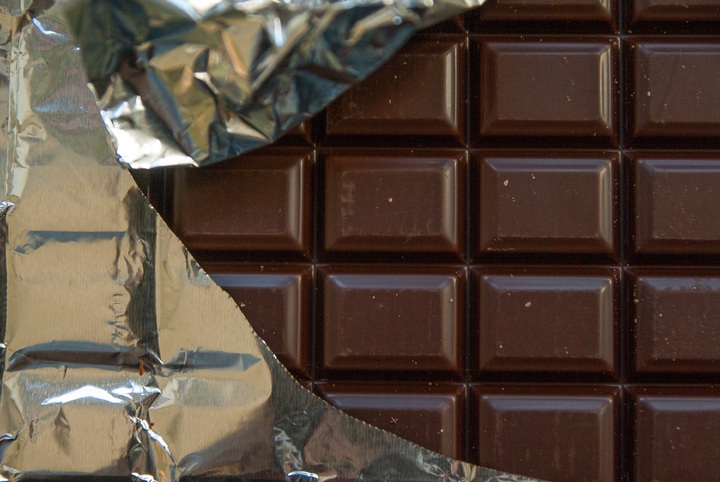 There are health benefits to eating dark chocolate, such as antioxidants that may improve heart health, as well as the relatively low levels of sugar.

Consumer Reports (CR) scientists measured the level of heavy metals in 28 dark chocolate bars (including both smaller and well-known brands) and found lead and cadmium in all of them. Both of these are heavy metals associated with health problems in children and adults.

There is risk in long-term exposure to even small amounts of heavy metal. There is greater risk for pregnant people and young children, since the metals can lead to developmental problems, affect brain development and lead to lower IQ, CR food safety researcher Tunde Akinleye says.

Akinleye says there are risks for people of any age. For adults who are frequently exposed to lead there are risks such as nervous system issues, hypertension, and kidney damage.

These heavy metals can still be a concern for those who don’t consume chocolate frequently and can be found in other foods such as spinach and sweet potatoes.

However, you don’t need to give up eating chocolate entirely, according to Akinleye. Even though most of chocolate bars in the CR tests had lead, cadmium, or both, at concerning levels, there were 5 which had relatively low levels of both.

“That shows it’s possible for companies to make products with lower amounts of heavy metals– and for consumers to find safer products that they enjoy” Akinleye says.

The report lists the products high in lead, cadmium, both, as well as safer choices.

The question is, why do some dark chocolate bars even contain these heavy metals?

The cacao bean is composed of two main ingredients: cocoa butter and cocoa solids. Both of these make up what is called cocoa or cacao.

Another research had found that cacao plants absorb cadmium from the soil and that it accumulates in cacao beans as the plant grows.

Lead, on the other hand, appears to get into cacao after the beans are harvested. Researchers found that it was usually on the outer shell of the cocoa bean, and that lead levels were low soon after the beans were picked and taken out of their pods.

The lead levels increased as the beans were dried in the sun, during which dust and dirt contaminated with lead accumulated on the beans.

There are various practices which can help reduce lead and cadmium from getting into chocolate.

Minimizing soil contact with beans when they are drying and figuring out ways to remove metals in factories can help reduce lead levels, according to Danielle Fugere, the president of As You Sow.

As You Sow is a non-profit that aims to promote social and environmental corporate responsibility.

According to Dr. Michael J. DiBartolomeis, who is a former official at California Department of Public Health, and a toxicologist, solving for cadmium is trickier, but still possible.

There are options such as carefully breeding the plants, as well as replacing older cacao trees with younger ones.

While cautioning children and pregnant people, DiBartolomeis doesn’t tell most people to give up dark chocolate but to know the risks and not overdo it.

Even though lead is naturally found in soil in low levels, human activities over the centuries have contributed to its increase.

Cadmium is also an element found in the Earth’s crust, and all rocks and soils contain cadmium. However, human activity also contributes to its presence in the environment.