How to Make an Effective New Year's Resolution 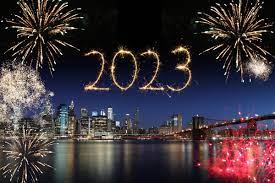 Of the 41% of Americans who make a New Year’s Resolution, only 9% feel successful in upholding them by the end of the year, according to a 2016 study. While the promise of a new year brings idyllic hopes for self-improvement, resolutions have the reputation for being ineffective. Still, there are those who follow through, and when the countdown ends, so begins everlasting changes in their life. So, given that completing a resolution is essentially forming a habit, there is a science to assuring your New Year’s goals.

Studies reveal that it takes 18-25 days to start a new habit. Given that after one month 36% of individuals' resolutions fail, it's often because of a lack of follow-through. The same percentage of people account for their failure to achieve unrealistic goals. Maybe, too ambitious of resolutions cause their lack of commitment and undercut their ability to create a habit. Oftentimes, people criticize resolutions for being too ambitious because if they really wanted to lose 100 pounds or start a business, they would have had the motivation to do so without the incentive of the New Year. With this in mind, try to keep your resolution simple, not a revolutionary change in your life. This way is more likely to stay consistent and develop a habit for that goal.

Another primary indicator of successful goals is individual drive. Without motivation, you have no desire, and a wishful future self becomes just that, a wish. So if you really want to achieve your resolution, make sure you know why. More importantly, make sure that it has tangible significance. For example, say your New Year’s resolution is to eat healthier, like 43% of Americans’ resolutions. A person doing so to lose weight is far less likely to accomplish this goal than someone who is motivated by feeling better mentally and physically. Externally motivated resolutions result in faulty action. This is because while motivation gets you going, you can’t always be motivated.

Instead, you need discipline. Discipline is actively doing something, despite your emotional or physical resistance not to. In action, this looks like waking up and feeling lazy, like today is not the day to go to the gym or do your work. Yet, your self-discipline is the will to persist. The voice that says, “even though you do not want to do it you will, because you need to get where you want to go.” To develop discipline, you have to be consistent. Every day do the same thing. Even if it is mundane; keep doing the habitual actions to achieve your goal. This means you might have to plan, schedule, and write down the steps of your resolution. If you want to eat healthier, make a plan for when you are going to go to the grocery store, when you are going to cook, and how you're going to actually eat healthier. Then, honor that schedule. Follow through on the tedious steps.

Oftentimes, achieving a goal is repetitive, but continuous work towards a goal you are passionate about will result in success. That is not to say you won’t mess up or miss a day, but the more you practice consistency, the easier it will get. Another important reminder, hard work looks different for everyone. If you don’t like certain vegetables or cannot commit an hour to grocery shopping, then don’t: adjust your plan to your capabilities, rather than dwelling in criticism. Self-doubt and criticism will inevitably arise from obstacles along your plan and will minimize your motivation. But you have to adjust, forgive yourself, and keep going. As Joe Rogan, a motivational podcaster, puts it “Self-confidence is really just keeping promises to yourself.” So every time you accomplish your task that seems minuscule, but is part of your larger plan, you are building the confidence you need to accomplish that goal.

Therefore, the leading indicator of a successful resolution includes building a habit of being consistent. To do so, you need to set an internally motivating goal that you work towards through tedious steps. As a result, discipline and self-confidence will come. Then any goal you make moving forward will become more achievable because you will have attained these skills from your New Year’s resolution.