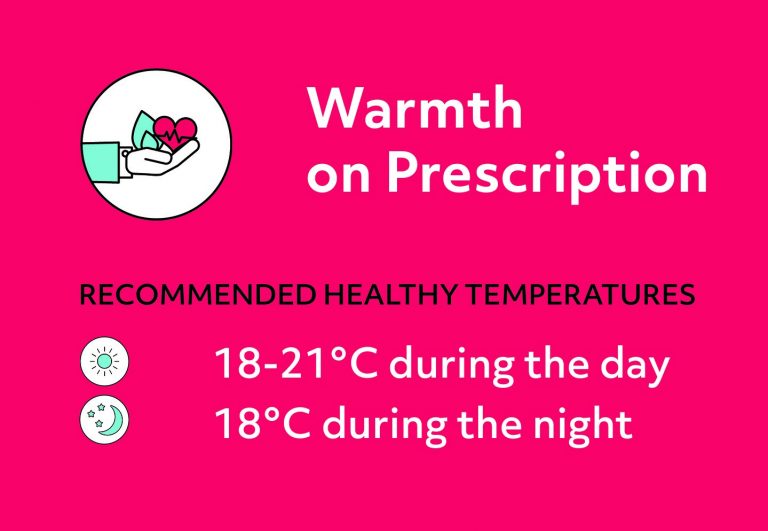 A new scheme starting in areas that are hardest hit by the cost of living crisis, such as Gloucestershire, has seen Doctors’ prescribe patients with heating as part of the trial called The Warm Home Prescription pilot.

The NHS is helping get vulnerable groups of people their heating bills paid, as they are either living with young children, have disabilities themselves or are elderly and could be unnecessarily ill in low temperatures at home.

According to People Lab, this was a scheme that was debated and trialled originally in 2019,  with General Practitioners (GPs) agreeing that the benefit would be important to recommend the NHS ideal indoor temperatures of 18-21 degrees during the day and 18 degrees at night.

Although some of the original participants of the trial found that a higher temperature helped them, while another found eighteen degrees too hot at night, the scheme went ahead and was able to be prescribed by doctors to avoid further hospital visits for the vulnerable.

The NHS data shows that ‘Over 10,000 people die each year as a result of living in cold homes in England and Wales. It includes people with respiratory diseases, cardiovascular diseases and illnesses affecting the immune system. For example, arthritis, asthma, COPD (Chronic obstructive pulmonary disease) and those undergoing chemotherapy.’

This costs the NHS 1 billion pounds each year, treating illnesses caused and exacerbated by cold homes that could be avoided.

The Second trial of the WHP (Warm Home Prescription) scheme

With the BBC’s recent Business report on the scheme being trialled a second time during the cost of living crisis, the results for people seem to help with confidence that they can keep themselves and their families healthy and out of hospital this winter, despite the effect of the Russia-Ukraine war on heating our homes.

Despite the cap the UK government has put on the amount of Russian gas that can be bought and sold, that does mean for those vulnerable, the bills for heating and living comfortably in our homes could go up by £3,000 pounds by April 2023.

However, the positive impact the scheme is having for some people is seeming to put a great step in place for combatting the cost of living and making sure the vulnerable are healthy this time of year.

One particular participant this year, Michelle Davis, said that she and her two teenage daughters took part in the trial from last year to March this year, and it seemed to have had a positive effect on her arthritis and serious pulmonary illness.

Before, in 2020, she had been admitted to the hospital for Pleurisy and Pneumonia, which were caused by the temperatures in her home.

Normally, Ms Davis would have terrible issues in the cold weather without being able to afford to turn the heating on or up, as her arthritis “seizes up, (and her) joints and bones feel like hot pokers.”

When on the scheme, she was delighted that her children didn’t have to see her sick, that she could “Be a mum” with no hospital visits, staying in bed or sickness, and her “children were able to have a life, they were able to go out and play and get cold…” They could be “kids, not just carers” enjoying their Christmas in pyjamas.

Who Was Eligible for the Scheme Trial, and Will This Help the COP 27 Targets?

Energy Systems Catapult is the company behind the scheme, aiming to get England’s energy to the New Paris Agreement target levels while keeping people healthy with a good quality of life, especially in the winter.

Their report on the scheme’s criteria was simple. Patients of NHS Glouster that had been diagnosed with health conditions within the last six months, those that were under sixty years old but still vulnerable or OAPs (Old Age Pensioners) over sixty, were put forward for the scheme by their healthcare teams, and doctors prescribed them help with their bills.

Then the local heating and water charity in their local area, Severn Wye Energy, visited each patient, and within a week, they would have given the heating system a check-up for any underlying issues that would put them at risk, shown them how to use the heating controls effectively, and call the energy supplier to add the credit needed to the person or family’s account.

If necessary, their heating systems were also upgraded or offered support to get the house well insulated ahead for the winter, as some insulation needs to be replaced between five to ten years.

The outlook for the scheme looks positive, with Dr Matt Lipson reporting to BBC that, since he helped plan the scheme, the next ‘preventative step’ is a no-brainer, with more than 1,150 patients being aided during the winter months in Aberdeen and Teeside.

Patients were giving the NHS feedback that the benefits were being noticed quicker, “It was taking days, not weeks and months.” for positive effects, as opposed to hospital visits and surgeries prescribing medications to combat things like chills.

Will the Scheme be seen elsewhere in the Future?

Meanwhile, there is quite a way to go, with more than one thousand patients needing NHS urgent care for things like Pneumonia over the winter, costing the local NHS services in the same area around £6 million pounds, by estimation.

Local doctor Dr Hein le Roux, whose surgery in Gloucestershire took part in helping patients get on the scheme, hopes it will. He said he found it a ‘real boost’ professionally that his patients were avoiding unneeded illness, and he felt he was providing for the community as a doctor. “It's actually saved a lot of money for other services and also saved our workload.” He concluded.

Feedback from Participant About the Future of the Scheme

Michelle, who benefited from the scheme before, does not know if she will be participating in the scheme this year, and as such, her bills are over £250 for this alone.

“For a disabled Mum on benefits, it's a lot of money,” but this could benefit others if it were rolled out across the country as she believes that “If everyone was able to have this experience I had, it could really change peoples lives.”

What do think about the scheme? Do you think it would benefit you or someone in your area to combat the cold this winter?

Leave a comment below and let us know what you think.