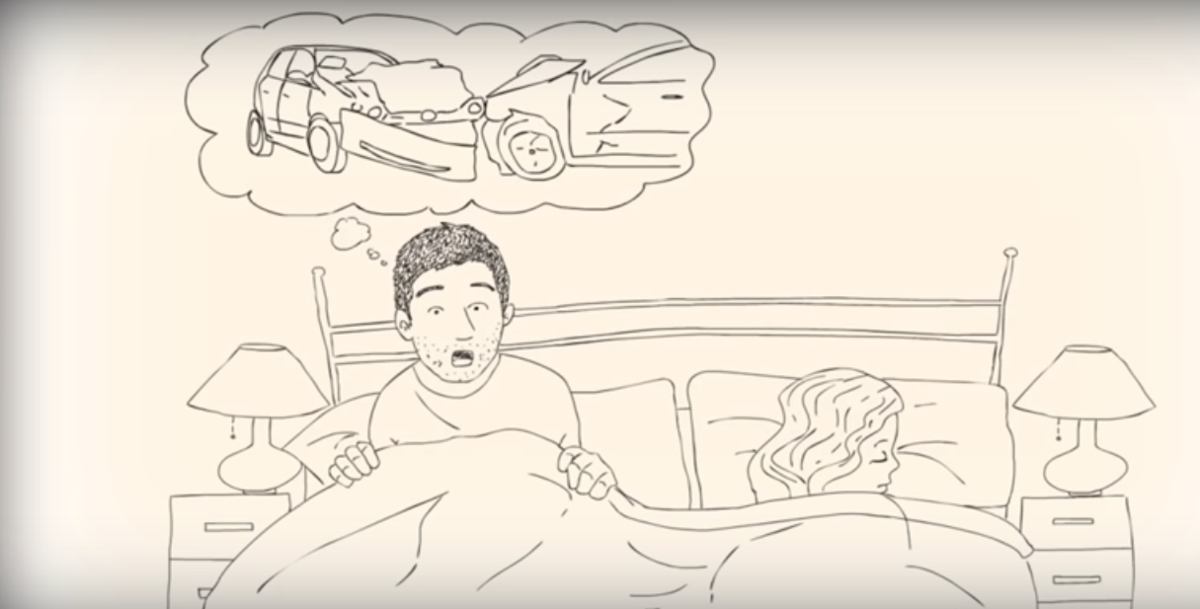 Scientists say there is promising new evidence that suggests a blood pressure medicine that has been around for 50 years could have a new life as a treatment for post-traumatic stress disorder (PTSD).

The existing medication for PTSD is inadequate, and post-pandemic PTSD has evolved as a key neuropsychiatric component of post-acute COVID-19 condition. It has been proposed that adrenergic medications could be used to treat PTSD, but this idea is limited by conflicting clinical results and a shortage of fundamental knowledge of pharmacological activities.

It is widely known that clonidine is effective in treating both hypertension and attention deficit hyperactivity disorder. Clonidine operates on brain adrenergic receptors, which are well recognised for their function in "fight or flight," an enhanced level of reactivity that keeps us safe.

It is believed that these receptors have a function in the consolidation of a painful event and are activated in people with PTSD. Similar research on PTSD has been conducted with the related drug guanfacine, which likewise stimulates these receptors. Although clonidine showed promise in treating PTSD, it was abandoned along with guanfacine because of discrepancies in their clinical study outcomes.

The researchers at Augusta University's Medical College of Georgia believe that clonidine warrants further study. Qin Wang, MD, Ph.D., neuropharmacologist, and founding director of the Program for Alzheimer's Therapeutics Discovery at MCG, states that despite the two medications binding to the same receptors, they have different effects.

Results published in Molecular Psychiatry suggest clonidine could give prompt treatment for the large number of persons suffering from post-traumatic stress disorder (PTSD) as an outcome of the current pandemic and from more long-term causes, such as wars and other forms of trauma.

The latest research included both genetically modified mice and human neural stem cells that can differentiate into a wide variety of cell types. Researchers have discovered that a novel axis on an adrenergic receptor called ɑ2A is crucial to the maintenance of fear memories in the hippocampus, the brain's centre for learning and memory. These memories are formed when a person associates a specific location, such as the scene of a terrible car accident or school massacre, with fear or other upsetting emotions.

The protein spinophilin was shown to associate with cofilin in this axis. Cofilin is known to regulate dendritic spines, which are outgrowths at the synapses of neurons and are where memories are accumulated and preserved.

The scientists observed that clonidine encourages cofilin to bind with the receptor, which prevents the dendritic spine from resuming a mushroom shape and retaining memory. When tested against cofilin, however, guanfacine showed no impact.

Dr. Wang said the results illuminated the clinical trial disparities between the two medicines. After administering both drugs to mice, he found that guanfacine reduced clonidine's effect on reconsolidating and maintaining unpleasant memories, demonstrating the drugs' eﬀects at least on this biological function.

The existence of living witnesses was also provided. In their trials simulating PTSD, mice were given a minor shock and then treated with clonidine immediately after being returned to the location where they had received the shock and should have been recalling the event.

When reintroduced to the original setting, clonidine-treated mice displayed a markedly diminished reaction, akin to a complete lack of movement. More like the mice who were never shocked. The anti-freeze effects of guanfacine were inconclusive. Even though Dr. Wang acknowledges that they can't be sure how much the mice recall, it's evident that the clonidine-treated animals didn't show the same overt reaction as the untreated mice or the guanfacine-treated mice.

The synapses that store a memory become briefly unstable, or labile, when the memory is remembered, like when you revisit the scene of a terrible car accident. The memory then restabilizes or consolidated once you no longer need to recall the details. This naturally occurring dynamic presents a chance to participate in the reconsolidation process and, as a result, lessen the impact of an unpleasant memory. The use of clonidine may be a viable option for doing this.

Clonidine and other adrenergic medications work by binding to receptors in the central nervous system and therefore lowering the body's production of stress hormones like epinephrine and norepinephrine, which otherwise raise levels of these chemicals in the blood and thereby increase blood pressure and heart rate.

There is no evidence that guanfacine helps with post-traumatic stress disorder, according to studies like one published 15 years ago that focused solely on the drug. A retrospective study conducted in 2021 on a group of 79 veterans diagnosed with PTSD and treated with clonidine, for example, revealed that 72% of the patients had improvement, and 49% were either substantially improved or significantly improved with few adverse effects.

Psychotherapy is the gold standard for treating post-traumatic stress disorder (PTSD), however, pharmaceuticals like antidepressants may be necessary in some cases. Currently, only two treatments have been approved by the FDA for the treatment of PTSD. As a result of a deficiency in legally available options, medications like clonidine are sometimes used in ways not intended by their manufacturers.

Cofilin aids muscle cell contraction and dendritic spine cytoskeleton flexibility. The strength of a synapse depends on the form of a neuron's hundreds of dendritic spines, which fluctuate with brain activity. After experiencing or witnessing a life-threatening or traumatic event, most individuals acquire post-traumatic stress disorder, according to the U.S. Department of Veterans Affairs. Tension, difficulty sleeping, and/or nightmares may last for a month or longer after the traumatic event; however, if these symptoms persist alongside flashbacks and more negative feelings, the person is likely suffering from post-traumatic stress disorder (PTSD). The onset of symptoms can be delayed for weeks or months.