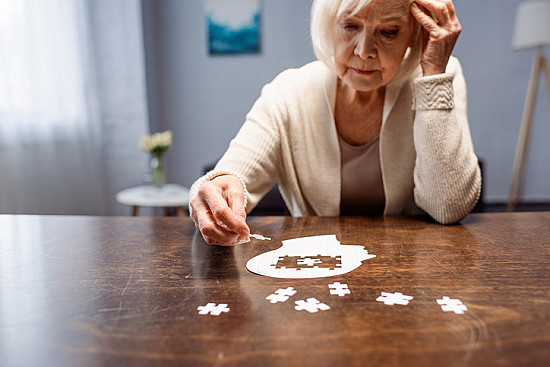 Each year, more than 5.8 million people in the United States are affected with Alzheimer's disease (AD), sometimes referred to as senile dementia. The Centers for Disease Control and Prevention (CDC) also projects that by 2060, there would be close to 14 million cases. Nearly twice as many women as men are afflicted by the illness.

The most frequent cause of dementia is Alzheimer's disease. It is a disorder that gradually shrinks a person's brain and kills brain cells. The disorder impairs a person's capacity for memory, thought, and simple tasks as brain cells and their connections deteriorate and die. Alzheimer's disease is characterized mostly by memory loss and confusion.

As a chronic condition, it may endure for many years or the rest of one's life. There is currently no cure, although there are treatments that can help the symptoms for a while, such as drugs and management techniques. Millions of people and their loved ones endure suffering at the hands of

an incurable illness because there is no cure.

Genetic studies suggest that the APOEA gene is the main problem in the study of genes linked to Alzheimer's disease. Roughly 60% of those with European ancestry and about 26% of the general population have the well-known Alzheimer's risk gene, APOEL. Now, it has been found that 60% of those with the disorder do not carry the APOEA gene, disproving the conventional wisdom and raising the possibility that additional genes may be at play.

Team members from the Boston University School of Medicine and the University of Chicago conducted a recent study. To understand how genetic relationships might connect to a woman's chance of developing Alzheimer's disease, the team was experimenting with two independent datasets and various methodologies. A central European ethnic group is known for having a tiny gene pool, the Hutterites, included 31 participants in the initial dataset, 22 of whom were female. 10,340 women without the APOEA gene were included in the second dataset. The researchers made a novel and intriguing discovery: for both sets of data, women without APOEA had a considerably higher risk of Alzheimer's disease while carrying the MGMT gene.

A DNA damage repair protein called MGMT, which is encoded by a gene, eliminates alkylating chemicals that cause chemotherapy resistance. In terms of Alzheimer's, MGMT aids in the production of harmful proteins connected to the condition.

Boston University School of Medicine's Lindsay Farrer, director of biomedical genetics, said, "This discovery is particularly solid because it was independently found in two different groups using different methodologies. The Hutterite sample was too small to conclusively assess this pattern, even though the finding in the broader dataset was most evident in women without APOE4."

There is still more to learn about how MGMT affects women's risk for Alzheimer's disease, but finding a new gene component may be a start in the right direction. Overall, this study emphasizes the value of looking for risk variables that can be gender-specific.

Scientists Discover the Cause of 14th Century Eurasia Black Death