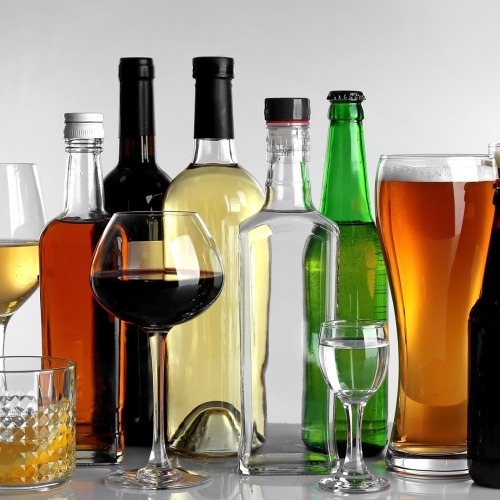 Heavy alcohol consumption is linked to a large number of cognitive impairments and frequent consumption can lead to brain damage over time.

A recent study showed that deficits in cognition, such as loss of memory or attention, caused by alcohol consumption were improved in 63% of those who took part in the experiment after just 18 days of abstinence, showing a change in a short time.

The study was conducted with the help of 32 people with a serious form of AUD (Alcohol Use Disorder), of which 24 were men. The researchers examined them as they stopped drinking alcohol, at eight days and then at 18 days. 32 healthy people were also part of the study.

As they gave up alcohol, subjects in the first category were cognitively tested. The results showed that 60% of participants with AUD were cognitively impaired at eight days, and 63% of them had improved to normal levels by 18 days, writes IFL Science.

The study suggests that within just a short period of 18 days, after people stop drinking alcohol, considerable improvements in cognition can be seen.

This is the fastest improvement in people with AUD that a study has found so far.

The relationship between alcohol and dementia was also studied.

Several studies have shown that excessive alcohol consumption in middle age can have significant neurotoxic effects on the brain. When it comes to dementia risk, alcohol consumption was considered even more dangerous than factors such as hypertension and diabetes.

Studies have shown so far, that heavy drinking comes with the strongest risk of developing dementia. The logical conclusion would be that abstinence is desirable and is the best choice we have if we want to be safe against dementia. But things are not quite like that.

A recent study, which reviewed no less than 15 previous research conducted on six continents, showed that people who have little or moderate alcohol consumption are more protected from dementia than abstainers, writes News Medical.

Study participants were from both rich and poor countries such as Congo, all aged over 60 and without dementia at the time the research began.

For each observed group, alcohol consumption was standardized in grams of pure ethanol per day (g/day) according to the type of alcoholic beverage indicated. Researchers grouped drinkers into abstainers (zero), occasional drinkers (under 1.3 g/day), light-moderate (1.3-24.9 g/day), moderate to heavy (25-44.9 g/day), and significant (over 45 g/day).

The scientists concluded, after the period of monitoring and analysis, that the risk of dementia was higher among abstainers compared to occasional, light-moderate, and heavy-moderate drinkers, as well as among men.

Dose-matched analyzes did not show a significant difference in dementia risk by the amount consumed by current drinkers. Nor was there a difference in the comparison between men and women according to quantity.

Forget Me Notes Project: Dementia, Isolation, And The Power of Music