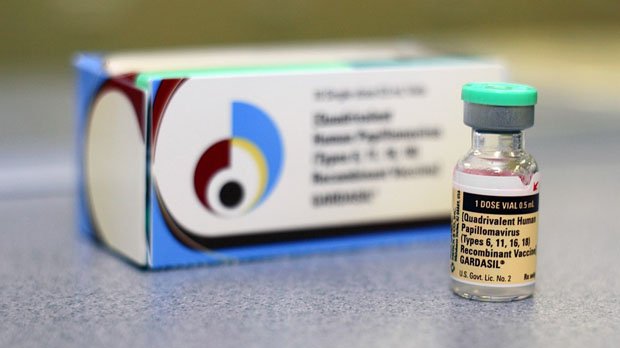 The Human papillomavirus (HPV) is a very common group of viruses. There are more than 100 different types, most of which do not cause any symptoms and 90% resolve spontaneously within two years. About a dozen types, however, are deemed ‘high risk’ due to their link to cancers including cervical, genital and some types of neck and head cancers. Nearly all cervical cancer is a result of HPV strains HPV16 and 18, which account for 70% of cases.  In other instances, infections results in warts, or verrucae, caused by, for example, HPV types 1, 2, 7 and 22. Nearly everyone is infected by HPV at some point in their lifetime it is the most common sexually transmitted infection (STI) globally. The HPV vaccination programme, since the start of its roll-out, has become among the most successful in the world, preventing the most common types of infection.

Skin growths have been described since ancient Greece, but it was not discovered that they were caused by a virus until 1907. The potential link between viral infection and cervical cancer was first noticed in the 1950s and 60s. Then, in 1983, German virologist Harold zur Hausen, after searching for viruses in human genital warts, published evidence that HPV11 was present in three of the 24 cervical cancer samples he tested. Alongside his team, they continued to research and discovered HPV16 and 18, the former which was found in half of the cervical cancers, and the latter present in around one in five samples. Harold zur Hausen was awarded a Nobel Prize for his work.

In 1995, the International Biological Study on Cervical Cancer group analysed cervical cancer samples from 22 countries and found that HPV was present in nine out of 10 (93%) of them, statistics that were consistent across the globe. In 1999, a group of scientists retested the samples and found that, instead, 99.7% contained the virus. This research showed that HPV infection was, and remains, the trigger for cervical cancer.

The smear test was first offered in the 1960s. The process checks the health of a female’s cervix and for any abnormal cell changes by collecting and testing a small sample of cells. Discovering these changes can prevent cervical cancer from developing. In 1988 this became a national screening programme, offered to women every three to five years aged between 25 and 64 years old, and has substantially reduced the rates of cervical cancer over the last 30 years. According to Cancer Research UK’s statistics from 2014, around 5,000 lives are saved every year and about three-quarters of cancers are prevented.

In 2008, the HPV vaccine programme was rolled out in UK schools to girls aged 12-13, usually offered in the second year of secondary school (Year 8). The vaccine is usually administered as 2 injections spaced several months apart. Studies have shown that the vaccine protects against infection for at least ten years, but experts expect protection to last for much longer. This protects them against the types of HPV that cause the most cervical cancer cases. Yet, because the vaccine does not protect against all types of HPV, cervical screenings must still be attended when necessary. In the space of a decade, 10 million doses were given to young women. Over 80% of women aged 15-24 are now vaccinated. The first age group offered the vaccine is now around the age of their first cervical screening invitation.

In September 2019, the vaccine rollout was extended to 12-13-year-old boys. A catch-up programme for older boys was deemed unnecessary as evidence suggests they benefit from indirect, or herd, protection that has developed from ten years of girls’ vaccination. Anyone who missed their vaccine can request it through the NHS up to the age of 25. Gay, bisexual and other men, who have not benefitted from the girls’ programme, are also eligible for free vaccination up to the age of 45 years old when they visit specialist sexual health services and HIV clinics. Some clinics also offer screening for men to protect against forms of cancer.

More than 100 countries have now started using the vaccine as part of the World Health Organisation’s (WHO) plans to get close to eliminating cervical cancer. Indeed, ten years after the vaccine was recommended in the US in 2006, over 135 million doses have been distributed, and quadrivalent-type HPV infections decreased by 86% in female teens aged 14 to 19 years and 71% in women in their early 20s . Similar success stories have been reported in Australia. Worldwide, cervical cancer is the fourth most common cancer in women and kills more than 300,000 each year. It also disproportionally affects lower and middle-income countries. Around 85% of women diagnosed live in Africa and Latin America where little, or no, screening is available, and general healthcare access is poor.

Cancer Research UK’s 2021 study revealed that the vaccine dramatically reduces cervical cancer rates by almost 90% in women in their 20s who were offered it at 12-13 years old. They state that the vaccine shows potential, in cooperation with screening, to reduce cervical cancer to the point where almost no one develops it. Over 11 years, it was estimated that 450 cervical cancers and around 17,200 cases of precancerous conditions were prevented. On the subject, Michelle Mitchell, Cancer Research UK’s chief executive said: ‘It’s a historic moment to see the first study showing that the HPV vaccine has and will continue to protect thousands of women from developing cervical cancer’. She continued: “Cancer Research UK has been funding research in this area for many years and we’ve been eagerly awaiting these results since the introduction of the vaccination programme. Around 850 women die from cervical cancer each year in the UK, so we have the chance to save many lives. Modelling produced by the University of Warwick estimated that by 2058 (50 years after the introduction of the vaccine programme) in the UK the vaccine currently in use may have prevented around 64,100 HPV-related cervical cancers, and 49,600 other HPV-related cancers. The vaccine also protects against genital warts, mainly caused by HPV types 6 and 11. From Public Health England (PHE) data received around 2019, it has been determined that between 2009 and 2017, diagnoses have declined by 90% in 15-17-year-old girls and 70% in boys of the same age.

One interesting advance made in the last few years is the question of cervical screening and vaccinations. New research from Cancer Research UK-funded scientists at Queen Mary University of London in a study, published in the International Journal of Cancer, suggests that vaccinated women may only need three cervical screens in their lifetime. Screenings at 30, 40 and 55 offer the same benefit to vaccinated women as the 12-lifetime screens currently offered in England. Cancer Research UK’s screening expert Professor Peter Sasieni said: ‘The change in the screening system is a unique opportunity to reassess how often women are invited for cervical screens during their lifetimes’. A new programme of testing, introduced in England at the end of 2019, was developed in which the cervical samples are tested for HPV first, and only checked for abnormal cells if the virus is found. The previous test checked for abnormalities first, which was much less efficient. This programme was then introduced in Scotland and Wales.

The HPV story demonstrates, along with other vaccine programmes, the effectiveness of immunisation when it is unreservedly undertaken. There is now a proud worldwide, history of vaccinology. Today 86% of the world’s children receive lifesaving vaccines, compared to 20% in 1980, protecting them from infectious diseases including polio, diphtheria, tetanus and measles. The number of children paralysed by polio has been reduced by 99.9% worldwide over the last three decades. Scientific research has shown that the benefits of the HPV vaccination far outweigh the potential risks. This is especially reassuring news considering the concerns over the COVID-19 vaccination programme: it gives hope for the future. In 2021, Professor Sasieni said: ‘Assuming most people continue to get the HPV vaccine and go for screening, cervical cancer will become a rare disease. This year we have already seen the power of vaccines in controlling the COVID-19 pandemic. These data show that vaccination works in preventing some cancers’. Therefore, if you are booked for your immunisation or cervical screening, be sure to attend to protect yourself as much as possible in the years to come.