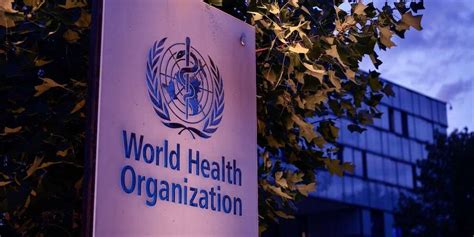 The World Health Organization (WHO), and its 194 member state representatives, are currently meeting in Geneva, Switzerland to discuss and vote on the new draft treaty and proposed amendments to the International Health Regulations (IHR). The results of this meeting could drastically affect the future of world-wide actions taken in the face of health crises - and who is in charge of ordering these actions.

This year marks the 75th meeting of the World Health Assembly (WHA), which is the decision-making body of the WHO. This international conference is being held from May 22 to May 26, and will result in decisions regarding the draft treaty and proposed amendments by the Biden administration. It has been argued back and forth for months whether this treaty will give the WHO overwhelming power over global decisions and processes regarding threatening health crises in the future. Key areas of the draft treaty consist of international vaccine passports, contact tracing, global surveillance, funding, and addressing what the WHO dubs “misinformation.” According to Reclaim The Net, if the treaty and amendments to the IHR are passed, they “will be legally binding under international law,” meaning that every member state of the WHO, which consists of 98% of countries around the world, will have no ability to object or disagree with WHO decisions in the face of any future international health crises.

What constitutes a pandemic, or global health crisis? Well, the IHR defines a Public Health Emergency of International Concern, or PHEIC, as “an extraordinary event which is determined to constitute a public health risk to other States through the international spread of disease and to potentially require a coordinated international response.” If the votes at the end of the week support these proposed amendments, “the WHO would also be granted sole authority over what constitutes a pandemic,” states Stillness In the Storm, an organization dedicated to pursuing the truth in health and news. Essentially, this gives the WHO the power to designate any spread of disease as a global health crisis, even if the disease is not infectious, and to impose any and all vaccination and surveillance measures on its members without any allowance for objections.

One of the scariest areas of power this treaty could grant to the WHO is global surveillance in the form of vaccine passports. This control was already displayed in the COVID-19 pandemic, during which the US government convinced state and city legislation across the country to require citizens to get vaccinated if they wanted to work or go out in public. Now, the US government is pushing to give the WHO the power to restrict international travel for people who are not vaccinated for the next pandemic. The WHO has already signed an agreement with a Germany-based company called T-Systems to begin developing technology that will assign a digital vaccination ID in the form of a QR code to every single citizen that belongs to the countries who are members of WHO. This QR code will either assign each individual as vaccinated (good) or unvaccinated (bad), and decide whether you get to travel to and from other countries or not. In addition to this digital control, Reclaim The Net asserts that the Biden administration’s secretly dispatched amendments to the IHR will give the WHO authority to “implement global surveillance measures that require the mass collection of genetic sequence data,” which will provide the WHO with the genetic makeup of almost every individual on the planet. No organization, government, or power should be allowed to demand access to this level of personal information from nearly 8 billion people.

If the draft treaty and proposed IHR amendments are passed this week at the World Health Assembly, we as a country and as a global community will have no say over what measures and actions are forced upon us when the next global health crisis is declared. The Biden administration is supporting this grossly overwhelming amount of power to be given to the WHO, regardless of the obvious fact that it strips the American people of any opinion on future pandemic responses. The citizens of America should see this threat as a wake-up call to the sad truth that our voices are not being uplifted or respected by the individuals who rule this country.