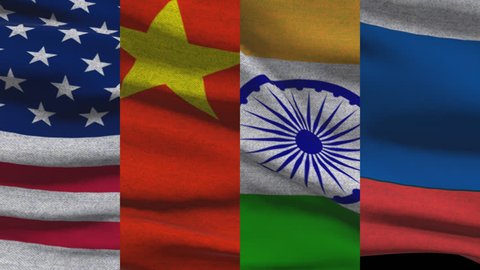 Europe stands on the brink of conflict as Russia is threatening to undertake military actions against Ukraine if its demands aren’t met and fulfilled by the West. President Putin has amassed significant troops on the Ukrainian border with the West warning that he might make a move any time now. While diplomacy is still on going, many doubt that it will bring about a solution to the crisis.

At the centre of the storm is Russia, who, under President Putin is seeking to redefine future security order in Europe, with the US-led West firmly opposed to it. Putin seeks to create an exclusive Russian sphere of influence in Eastern Europe comprising former Soviet Republics. He is demanding concrete assurances from NATO that former-Soviet states like Ukraine should never be allowed to join the military alliance. Additionally, he calls for a reversal of all military deployments in Eastern Europe and fulfilment of the demands that the West has labelled as non-starters. Such fundamental differences have pushed Europe to the edge of a conflict whose effects India too might feel. Thus, it has become imperative for India to pay attention to the crisis brewing on a distant continent.

The bilateral relationship between India and Russia has recently witnessed a drift in the absence of a common goal. This includes New Delhi’s increasing tilt towards Washington, driven by shared concerns over China, and Moscow’s drift towards Beijing driven by shared interests in Eurasia. However, India considers maintaining and improving its ties with Russia as essential with regard to handling its relationship with China. New Delhi has always sought distance between the two major powers and has taken concerted efforts to ensure it. However, any military conflict or intensification of the crisis will push Moscow closer to Beijing. The West has been threatening severe sanctions against Russia if its President resorts to military force. Thus, a potential invasion will bind Moscow to Beijing as the former will need Beijing’s diplomatic support in the face of diplomatic and international isolation. A Moscow beholden to Beijing, and increasing convergence of strategic concerns in the economic and security dimensions would not be in India's interest as India is heavily dependent on Russia for the maintenance of its military platforms. This becomes even more critical in the backdrop of recent border tensions between India and China. If Beijing directs Moscow to stall military support to India, the Russians will have no choice but to concede in face of a crisis in Ukraine. In the Indian experience, closer ties between Beijing and Moscow - as they were in the early years of the cold war - do not help her.

Today, Washington is the most significant strategic partner of India and a key element in its Indo-Pacific strategy. If the crisis escalates or simply drags on, New Delhi will be forced to make difficult calls by choosing one side. India has walked a tight rope balancing its relations with both the United States and Russia and it is in India's interest that two of its essential allies are not at loggerheads with one another. A direct conflict in Europe would only worsen the relations between the two. In the face of military action by Russia, India can choose to remain silent as it did during the Crimean Annexation in 2014 which was touted by the Russians as India's endorsement. This would go against the principles of territorial integrity and sovereignty that India frequently advocates. However, if India chooses the path of condemnation, it will undoubtedly invite Moscow’s ire.

The West, particularly the United States, has threatened severe sanctions against Russia. It has threatened to cut Russia off the SWIFT Payments system that dominates the global financial network. Such a step is expected to hit the Russian banking industry severely. The United States has also stated that through technology sanctions, it would hit Putin favoured industries of aerospace and arms manufacturing like Russian built fighter aircraft, anti-aircraft systems, anti-satellite systems, space systems and emerging technologies which are a major sources of revenue for the Russian federal government. Such grave sanctions will hinder India's ability to engage in business with Russia and diversify India-Russia ties. In response to western sanctions, Russia would also cut off Europe's gas supplies. This would boost oil prices further straining the Indian economy that is already recuperating from the effects of the pandemic.

Moreover, a crisis at home would lead to Europe and the US paying less attention to Asia and the Indo-Pacific, much to the detriment of India and the benefit of China. In their attempts to resolve a crisis close at home, the West might even choose stable relations with China and not confront Beijing’s assertive actions in the Indo-Pacific and elsewhere, further harming New Delhi's desire for a coordinated approach by like-minded partners to counter Chinese influence. China, sensing the West's vulnerability, might use the opportunity to take action against India or elsewhere or seek concessions for peace in Asia.

Thus, a military escalation will negatively impact India's strategic interests and complicate its relations with its partners. Hence, it is in India's interest to hope for a diplomatic resolution of the crisis. However, it should brace and prepare itself for any eventuality.