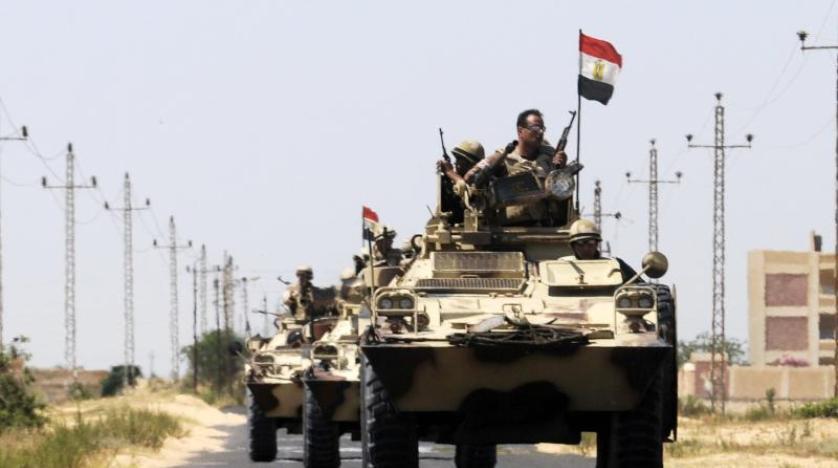 On May 7, Saturday, the ISIL (ISIS) group killed 11 Egyptian soldiers in the Sinai Peninsula. This is the heaviest loss in years in Egypt’s long-running campaign against insurgent groups in Sinai. “These terrorist operations will not defeat the determination of the country and the army to continue uprooting terrorism,” President Abdel Fattah el-Sisi pledged on Facebook after the attack.

The Sinai insurgency groups started to launch a series of attacks on Egyptian Government forces between 2011 and 2013, but their history dates back to 90s-00s. In the 1990s, Egyptian President Mubarak set up an action plan to make South Sinai a tourist spot. The North was excluded by the socio-economic benefits of this process. Since then, insurgency armed groups flourished in the area, and as the inequalities between North-South deepened, Salafi ideology spread in the zone.

The leader of Al-Qaeda Al-Zawahiri wrote in 2001 Knights under the banner of the prophet, which strongly impacted insurrectionist movements in the Sinai Peninsula. He described this area as the ideal place to host training camps and guerrilla bases due to its geographical characteristics. At that time, the area was a perfect hiding place, both for radicalized people fleeing persecution by the Egyptian government and for jihadists coming from the Gaza Strip.

Between 2004 and 2006, the armed organization Al-Tawhid wa al-Jihad made a terrorist attack on a tourist resort in the South Sinai. The Egyptian Government responded with arbitrary arrests and collective punishment measures to the tribes living in the North without taking into account their alliance to the terrorist organization.

Aftermath of the outbreak of the Arab Spring (2010-2011), the jihadists trafficking in Sinai Peninsula improved their combat strategy and reinforced their relations with the Salafists living in the Western Desert on the border with Libya. These dynamics led to the reshaping of the Sinai insurgency under the name of Ansar Bayt al-Maqdis (Supporters of the Holy House).

From July 2012, the organization targeted Israel and Jewish communities living in North Sinai. In November 2014, Ansar Bayt Al-Maqdis declared its allegiance (bay'a) to the Islamic State (IS/Daesh) by taking the form of Wilayat Sinai (Sinai Province). This resulted in an escalation of violence against Egyptian security forces and bedouins who were accused by the ISIS affiliate of collaborating with the Central Government and Coptic minorities living in al-Arish in North Sinai.

Although the emergence of Wilayat Sinai jihadists on the Peninsular formally adopted the Islamic State's operational agenda, they preserved their autonomy from Daesh, focusing on their local targets. The aim of the organization was to overthrow the Egyptian Government rather than creating a global caliphate. Indeed, the organization's attacks have remained under the direction of resistance units, and their targets strictly local.

The Sinai Peninsula has been gripped by armed violence for more than a decade by armed violence, which peaked after the removal of the late President Mohammed Morsi in a coup in 2013. More than 1,000 suspected fighters and dozens of security personnel have been killed since the start of operations, according to official figures. The pace of attacks in Sinai’s main theatre of operations and elsewhere has slowed to a trickle since February 2018, when the military launched an extensive operation in Sinai as well as parts of the Nile Delta and deserts along the country’s western border with Libya.

Since March 2019, Wilayat Sinai has succeeded in extending its reach westward, striking military camps, and occupying several villages. Between 2020 and 2021, numerous attacks were carried out by the organization between Bir al-Abd and Rafah in North Sinai. In its latest online communications, it has called on Muslims to join the fight against President Al-Sisi, and has reiterated that Islamic law, in its Salafist interpretation, is the only salvation for Egyptian Muslims.

The Sinai Peninsula has been gripped for more than decades by armed violence. Saturday 's attack has testified that Sinai's insurgency is a problem which exists despite the Egyptian Government’s effort to counter it.