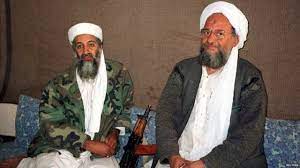 Nicknamed the “Doctor” because of his medical degree, Zawahiri grew up in Egypt amidst the political turmoil of the 20th century. He founded the Egyptian Islamist movement, Al-Jihad, an organization which later merged with Al-Qaeda. However, most of the Western hemisphere know his name because he is considered to have been the brain behind 9/11, the infamous terrorist attack in New York. Hijacked commercial planes struck the Twin Towers, as well as the Pentagon in coordinated attacks, killing about 2,977 victims on September 11, 2001.

Zawahiri was a key influence for Osama Bin Laden, who aligned with his ideologies. Up until the late 20th Century, the predominant Islamic extremist vision aimed to prevent infidels from occupying Islamic land. Their anger was largely fuelled by the Arab-Israeli conflict, which grew to prominence after World War II with the creation of the state of Israel to welcome persecuted Jews on Palestinian land. The land area controlled by Israel has grown ever since, through rising tensions and conflicts such as: the Suez Crisis (1956), the Six-Day War (1967) and the Yom Kippur War (1973), involving forces from Egypt, France, Britain, United States, Jordan, Syria, and more. This encroachment of Palestinian land by Israel is viewed by Islam as a wrongful occupation of Islamic land.

Additionally, the 1979 Soviet invasion of Afghanistan and the conflict that ensued between the Afghan mujahideen and the USSR catalysed rising Islamist radicalism. The infamous Osama Bin Laden (original head of Al-Qaida during 9/11 and until 2011) travelled to the Afghan mountains to help fellow Muslims fight the USSR occupation. It is there that he developed Al-Qaida (translated from Arab as ‘The Base’), the group that grew to become the most dangerous terrorist organisation of the 2000s. Interestingly, the Mujahideen were backed by the United States in this period in the form of weapons supply for example, for the Americans’ focal enemy of the time was the communist bloc. It is only later that Bin Laden will provoke the United States directly.

Bin Laden’s participation in the Afghan conflict radically changed his vision of the Islamic world. Before, he was merely a millionaire’s son, wishing to fund initiatives to further the power of Islam. He certainly had always had a distaste for US military intervention in the Middle East, arguing that Islamic troops can do the job and protect Muslims in the Arab World better than outsiders; but this conflict made him intellectually grow closer to Ayman Al-Zawahiri on topics such as what the geographic reach of Jihad should be.

Usually translated by the West from Arabic as “holy war”, Jihad refers to the “human struggle to promote what is right and to prevent what is wrong”. However, its meaning has fluctuated and is often synonymous to a crusade for a principle or belief. The use of the word “Jihad” grants religious legitimacy to a conflict that involves a non-Muslim bloc. Traditionally, Jihad had been confined to the Arab world, but in Zawahiri’s vision, it is the entire world that became a land for Jihad. Therefore, Al-Qaeda became the first terrorist organization with a worldwide goal and not just a regional one.

In this period, Al-Qaeda started to consider weaponizing suicide as part of their terrorist attacks on the Western world, although it is condemned by Islam to take one’s own life. These extremely violent plans of attack were making no distinction between military and civilian lives. Bin Laden and Zawahiri had reached a point of no return in the 1990s. On the FBI website, Zawahiri is said to have been “indicted for his alleged role in the August 7, 1998, bombings of the United States Embassies in Dar es Salaam, Tanzania, and Nairobi, Kenya”. Bin Laden issued a fatwa – a official statement from an Islamic religious leader - against the USA, establishing attacks on the country and its citizens as proper and necessary. On October 12, 2000, the USS Cole was bombed during a fuel stop in Yemen; the attack killed 17 Navy sailors, and severely damaged the ship. Less than a year later, Al-Qaeda managed to attack the United States at its heart on 9/11. In 2001, it had become the world’s most infamous terrorist organisation.

After this attack, Bin Laden and Zawahiri, along with other Al-Qaeda members, went into hiding in the Afghan Tora Bora mountains. After a decade of searching and what has been described as the FBI’s most massive investigation, Osama Bin Laden was finally killed by American forces in 2011 in Pakistan. After this, Ayman Al-Zawahiri was chosen as his successor as the head of Al-Qaeda.

Despite the rise of other terrorist groups like ISIS in the 2010s, the US did not give up its search of Zawahiri, and last week the US finally succeeded in killing him. Joe Biden announced the news in a live address to his people, presenting Ayman Al-Zawahiri as a man who “carved a trail of murder and violence against American citizens, American service members, American diplomats, and American interests.”  He added that Zawahiri will “never again allow Afghanistan to become a terrorist safe haven because he is gone, and we’re going to make sure that nothing else happens.”

Ultimately, this may have represented more of a symbolic than substantial victory against international terrorism and injustice in general. Back in 2011, the elimination of Osama Bin Laden by American forces hasn’t stopped the spread of terrorism. The multiple Paris radical attacks, the prevented attack on a Belgian train, and many more examples in the Western World serve a proof that global terrorism still is a major issue. Therefore, although Biden said that Zawahiri will not make Afghanistan a terrorist safe-haven anymore, the Taliban - who have been back in power for more than a year now in this country and have significantly impacted women’s rights - might. Everything points to a continuation of violence in the Middle Eastern region, and killing one man unfortunately does not change that.