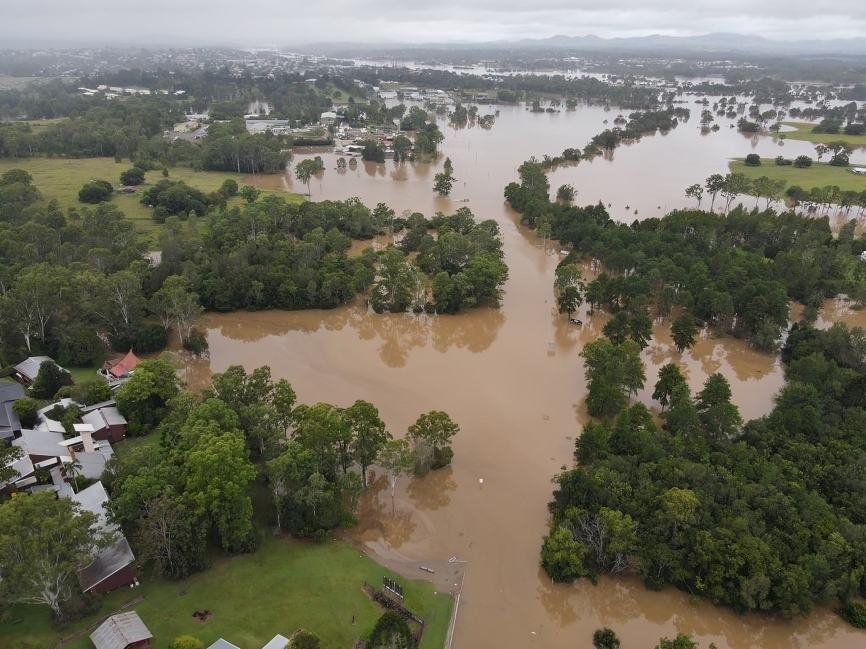 The recent flooding in Australia has been devastating for the nation and its local communities, causing many government officials to turn their attention to climate action in seeking a long-term solution against these extreme and volatile weather events.

Infamous for its volatile and often extreme weather conditions, Australia has suffered severe flooding first in February and more recently this past July. Australia has been plagued with a near-constant stream of heavy rainfall since January, particularly impacting eastern states including; New South Wales, and Queensland.

The floods have wreaked havoc on Australian infrastructure, with the Centre for Disaster Philanthropy reporting 20,000 homes and businesses lost to the floods in Queensland. And approximately 5,000 were lost to flooding in NSW. Devastatingly, the Centre also reports 23 lives lost nationwide to the recent floods in March alone.

The city of Lismore, located in northeastern NSW, has historically struggled with these kinds of cataclysmic nationwide weather disasters. But the recent flooding has truly ravaged the community. Local occupants were forced to evacuate their homes as the town levee overflowed, leaving much of the city completely submerged, and severely damaged. The rising water levels continue to threaten nearby communities, namely the inner-west and greater western regions of Sydney, NSW.

The homes of many Australian individuals - living in the southern-eastern and eastern parts of the nation - have become uninhabitable during this period, as a result of black mould infestations. NSW Health has been prompted to release a ‘mould fact sheet’ to hinder the spread of mould, and subsequently mitigate the potential adverse health effects of living with this fungus long-term. NSW Health lists the possible short-term impacts as being a “runny or blocked nose, irritation of the eyes and skin and sometimes wheezing” with a particular risk to individuals with respiratory issues, including asthmatics. Similarly, NSW Health warns of the potential to develop a severe mould infection in the lungs if the mould spores are inhaled in a large quantity or for a prolonged period.

The fact sheet suggests keeping doors and windows open to increase ventilation and reduce humidity, and reduce the use of “unflued gas heaters” leaving residents subject to the cold of one of Australia’s coldest winters.

Alternatively, NSW Health encourages renters and homeowners to invest their money into dehumidifiers and mould cleaning chemicals, placing even more financial strain on households amidst an inflation crisis. Many households have not only been forced to add mould cleaning supplies to their regular cost of living but also incorporate time-consuming mould cleaning practices into their usual daily routines. Or otherwise face the health impacts of exposure to black mould spores.

With no clear end in sight for this heavy rainfall, Australian communities continue to suffer the consequences of severe nationwide flooding prompting many to consider whether these extreme weather conditions are a possible symptom of the increasing threat of climate change.

Newly elected Australian Prime Minister Anthony Albanese confirms in a television interview with ABC that while the nation has always suffered extreme weather conditions and natural disasters “science [has] told us that if we continued to not take action globally on climate change,” the intensity of these weather events would increase. Prime Minister Albanese follows by iterating his government’s long-term solution to the crisis would be an increased policy focus on climate action.