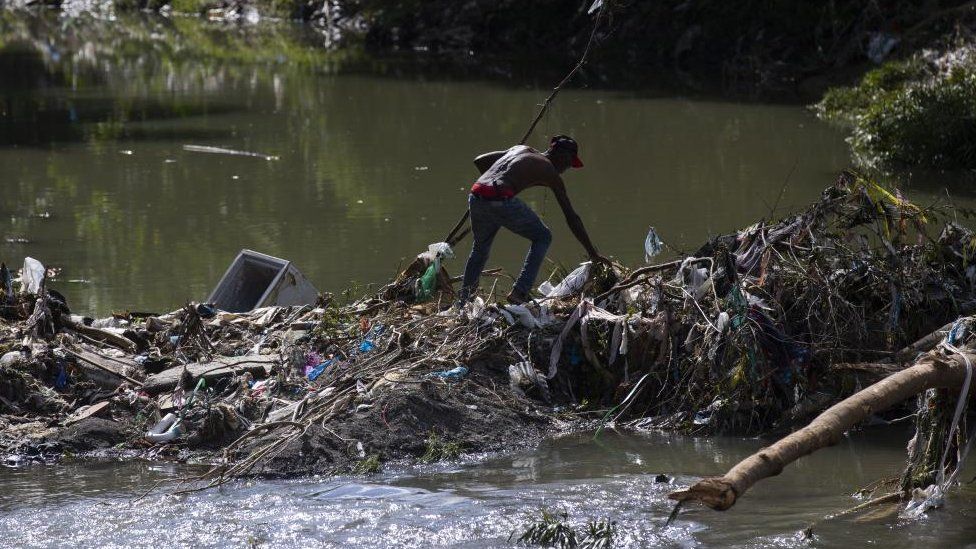 On November 4th, in the southern part of the Dominican Republic, hundreds of people have been struck by intense rainfalls. It has also affected other countries, such as Saint Lucia and Guadalupe in the Caribbean. The flowing torrents left at least six people dead.

The capital of the Dominican Republic, Santo Domingo, reported a recorded over 230 mm of rain. There have been several cases of damage: flooded roads, vehicles underwater, prolonged traffic queues, tree trunks, and debris, all creating a devastating situation

President Luis Abinader ‘suspended the activities scheduled for this Saturday, November 5, in the provinces of La Vega, Monseñor Nouel, and Duarte, due to the collapse of Santo Domingo after heavy rains’, as reported by the Dominican Today News.

Responding to the situation, the current Mayor of the National District of the Dominican Republic, Carolina Mejia, announced that the situation was an emergency and called for a rapid collaboration between the Emergency Brigades and Civil Defence to address the situation that had occurred during the night.

Then, she intensified her stance on the situation with the following tweet: ‘We activated the Disaster Prevention, Mitigation, and Response Committee of the National District and we are in permanent session. We will be at the @COE_RD coordinating with the other central government institutions the next actions to return to normality as soon as possible’.

Unfortunately, floods can be even more destructive when their magnitude increases. Several main ingredients contribute to this: the rapid melting of ice, the atmospheric conditions, and the weather conditions in tropical and subtropical areas, including their overall vulnerability to overwhelming storms, tropical cyclones, and mudslides.

It is also important to underline that the Caribbean and Latin America ‘is home to half of the planet’s biodiversity and to 57% of all remaining primary forests, it is undoubtedly one of the most challenged by current and future climate risks ─ with shifting precipitation patterns, melting of Andean glaciers, and the rise in sea and acidic levels in the Pacific and the Atlantic oceans, among a long list of events’, as stated by the Bank of Latin America.

The intensive floods affect everything, from economies and geopolitics to migration in the worldwide landscape. The bank highlighted one example of the advantages of proposals to treat and improve onboarding practices to safeguard the environment.

While the climate crisis becomes more urgent and widespread, the biggest consequences of floods around the world are clearly rooted in climate change. Moreover, hundreds of civilians have been suffering terrible conditions as a result.

In light of this, the sustainable development of countries’ economies explores different or new scenarios in the fight against climate change.  There is a gradual move towards widespread acceptance of new sustainable improvements in the latest green solutions, and compromising in order to reach a climate-neutral civilization.