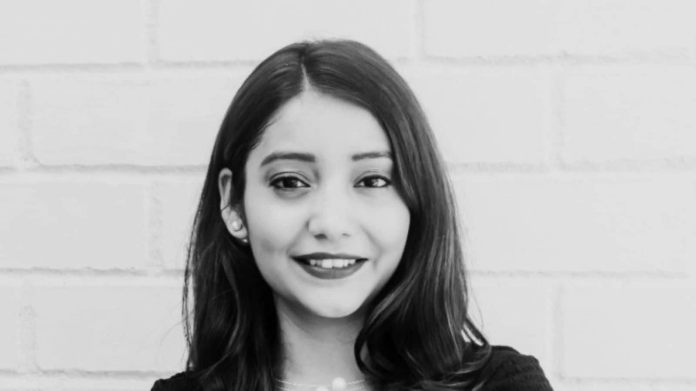 Pankhuri Shrivastava, an entrepreneur of a social community platform, "Pankhuri", died last Friday. The cause of death is said to be a sudden cardiac arrest. The statement was announced by her company through a post on Instagram and Twitter.

Pankhuri Shrivastava was a voracious reader, a trained classical dancer, an advocate of women's liberation, and a Bollywood aspirant who even worked in an advertisement. Pankhuri founded a lot of start-ups including her very own “Pankhuri” in 2019. “Pankhuri” hosts live interactive classes, expert discussion, and interest-based groups for women members to socialize, discover, and upskill. Grabhouse is one of the many ventures of hers. In 2016, Grabhouse was sold to Quikr.

The death of Pankhuri, who founded the company at a young age, has caused her parents and relatives a mountain of sadness.

Pankhuri at the age of 25 decided to come to Mumbai from Jhansi. Her search for a house-made her realize the hardships of finding a house and the unnecessary money that is put into the hands of the brokers. This experience inspired her to come up with an idea for her very first start-up, "Grabhouse". The idea of this startup was to help people find a house. She started the company with a capital of Rupees 20,000, now it has an annual turnover of Rupees 720 crores. When home seeking became a difficulty, she recognized a potential start-up idea. She launched Grabhouse at the age of 22, raising money from Sequoia Capital, Kalaari Capital, and India Quotient. She sold the company to Quikr in 2016. She set out to create a network for women with her second firm, Pankhuri.

Her last social media post was a tweet, posted on Thursday. The tweet talked about the difficulties of determining a job candidate's qualifications with a quick interview. She shared photographs of Pankhuri staff working at an office late last month. Her last tweet was on the 23rd of December, the day before her untimely death. She talked about how tough it is to evaluate and hire an applicant after just a one-hour interview.

Pankhuri spent the previous few days pondering the traditional founder challenge of recruitment. She stated two weeks earlier that the company is looking for innovative content writers, graphic designers, and marketing professionals. She also tweeted about the difficulties of applicant assessment the day before she died.

She was an influence to many others who wanted to establish their own business. In one of her older videos, she discussed how she was involved in every step at Grabhouse, including employment and advertising. She originally defined herself as a free-spirited individual who enjoyed singing, dancing, swimming, reading, and writing. She mentioned in another interview that the difficulties she had when house-hunting in Mumbai while her Teach For India fellowship motivated her to create Grabhouse.

Following Grabhouse, Pankhuri Shrivastava launched Pankhuri, a women-centric portal, in 2019. Through live interactive classes, chat, and investment groups, it was an endeavor for women members to socialize, discover, and upskill.

The women-only forum, 'Pankhuri' gives women an engaging platform to learn about all things aesthetic and wellbeing. Women may discover practically everything on 'Pankhuri,' from cooking and baking to beauty and DIY.

Pankhuri has mostly avoided the spotlight, with only a few statements in the media after her business received $3.2 million in investment from Surge, Sequoia Capital India's quick scale-up program, as well as India Quotient and Taurus Ventures.

She made a few media speeches. When members of the startup team became committed to sharing their experiences with Pankhuri, the stories took on even more significance because they provided insight into the young woman entrepreneur's life and demonstrated her passion and excitement for her work.

With a reminder of how motivating, she was, the whole creative industry in India is grieving her death. The tweets following her death suggest that everyone who had met her or interacted with her during any point in life admired her. The person who understood her said she had a vivid personality and was usually full of optimism and energy.

She was called 'Miss Jhansi'. She was a topper of the MICA exams and had managed to get perfect campus placements, but she chose to work for Teach for India, read 5000 books, and never stop hustling. She was a very determined individual.

The fact that Pankhuri was born in Jhansi, Uttar Pradesh, appealed to capitalists and most others who knew her since Jhansi has a long history of women's emancipation. It was only natural that Pankhuri seemed to be carrying on the family tradition of the enterprise. The businesswoman modernized fashion and wellness talks for women customers through her name-brand platform. The start-up had an office in her birthplace of Jhansi, which was originally based in Bengaluru, to provide career chances to women who did not want to travel to metros for work.

Pankhuri had recently tied the knot in December of 2020. She had posted a stereotype-defying photo exactly 6 months later. In one image she was seen dressed up in all yellow with her partner, and there was a graph showing the rise in the micro-payments done by women on her platform.