Conservatives Crumble On Both Sides of The Pond 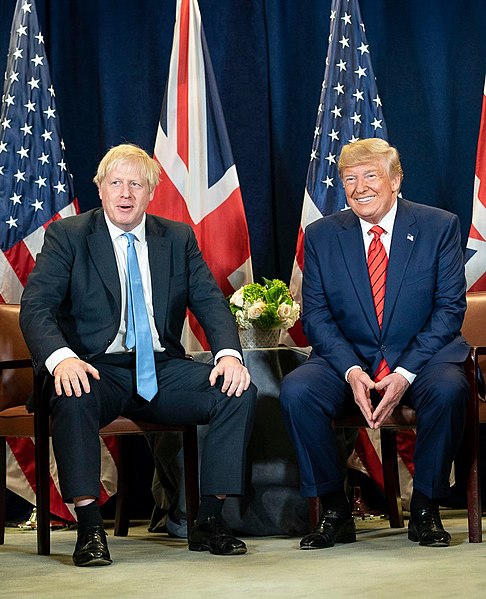 Following the success of controversial conservative politicians in the late 2010s and the early 2020s, citizens on both sides of the pond have watched their elected officials be subjected to trials in the courtrooms and amongst public opinion. Both Boris Johnson and Donald Trump have allegations of racism, xenophobia, and misogyny among other forms of bigotry but have only recently seen legal scrutiny due to their participation in illegal activity ranging from sedition and treason to violating pandemic-era legislation.

With recent investigations into Boris Johnson’s government and the January 6 committee hearing going underway, it is clear that there is enough evidence and pressure worthy to incriminate them. In the case of Boris Johnson, his “Partygate” scandal has completely captivated the island nation, bringing up worthy conversations about government corruption and the durability of the legal system. With over one hundred fines issued to the Johnson government and members resigning at an alarming rate, Johnson recently announced his resignation. Furthermore, Johnson came under fire for hiring disgraced lawmaker Chris Pincher after being notified about the latter’s history of sexual misconduct. Pincher allegedly groped men in a private club non-consensually and following the story coming to light, six more allegations regarding his predatory behavior reached the public, leading to Pincher’s resignation thus triggering the current government crisis in Britain.

After weeks of doubling down on his behavior and his lack of remorse, Johnson conceded to the “will of the parliamentary Conservative Party” and vowed to step down in the fall once a new Prime Minister was selected. Nonetheless, the lack of accountability is deafening. Afflicting blame to the “herd instinct” of his party, Johnson fails to consider his role in hosting parties during the pandemic and enabling abusers in his campaign. His resignation speech stirred up even more controversy, with many of his critics desiring a sooner departure date than the autumn date he proposed.

Similarly, Donald Trump has been under heavy scrutiny due to his role in the January 6th attacks and the overall attempt to undermine the 2020 election. Despite his presence being exclusive to conservative media, Trump has refused to admit his role in the Capitol insurrection, instead perpetuating the Big Lie myth that granted him a secure voter base, control over the GOP, and money through voter donations.

Alongside the weekly headlines from the January 6th Committee, Trump and his allies have also been sued by the state of New York and Georgia for business malpractice and election meddling respectively. Given concerns about a Trump 2024 run, commentators have considered whether or not the outpour of news will lead to legal repercussions or affect his campaign. Trump’s insisting on the election being stolen from him has seen criticism from American liberals and moderates. However, during his 2016 campaign and subsequent four years, Trump has carved out a large enough base of Americans ranging from disgruntled working-class citizens to white supremacists. Trump's voter base has pledged ultimate loyalty to him and his values, regardless of their validity.

Much like Boris Johnson, Donald Trump seems reluctant to stop pedaling the Big Lie. Nonetheless, Trump has a stronger, dependable support base who may be unwilling to acknowledge the error in his ways and their ways also. Allies such as Rudy Guiliani and Senator Lindsey Graham have recently been subpoenaed for their alleged involvement in the “multi-state campaign” to overturn the 2020 election. However, the two are emboldened by the aforementioned voter base that prioritizes the legalization and expansion of ultraconservative ideals over integrity and the security of American democracy.

Boris Johnson and Donald Trump are two men that came into power by appealing to a seemingly silent majority that grew louder and bolder following their ascension to the executive level. Their power lies partly in the audibility of their respective voter bases. Both men have received scrutiny from the media and their peers however to truly sway public opinion and ensure that they are not only condemned but also held accountable, there needs to be a strong enough reaction from the public to deter Trump, Johnson, their allies and other politicians from abusing their power.