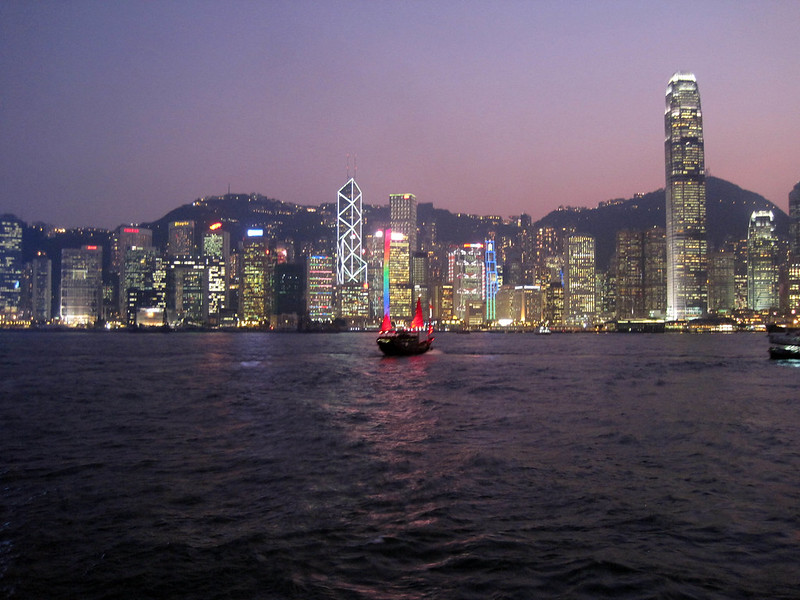 Prominent Hong Kong political cartoonist Wong Kei-Kwan, famously known as Zunzi, published a cartoon in Ming Bao on 21 October criticizing CEO John Lee’s newly-revealed talent attraction scheme, which consists of a multitude of policies to encourage an inflow of young talent into the city. Since then, Wong’s comic has quickly generated angry rebuttals from members of the Hong Kong administration, all questioning Wong’s intent in spreading such a satirical message in a time of recovery from financial troubles.

My reaction to Wong’s comic was one of bitter amusement, alongside a tinge of guilt -  Wong’s message hit home hard, as he briefly yet perfectly captured the irony of the growing brain drain problem in Hong Kong. After breaking down the cartoon and the authorities’ reaction to it, I will walk through an appreciation of Zunzi and finally analyze the powerful meanings this simple comic evokes in the heart of a Hong Konger studying abroad.

What is the situation?

The hard-hitting message of Wong’s cartoon is written plainly on an advertising board drawn in the foreground, set against a background of the hustle and bustle: “Urgently seeking world-class talent at high salaries. Those accepting of strict governance will be prioritized!” No further explanation is seemingly needed - it is clear that the comic is criticizing the government’s blind attempts to lure talented youths in without realizing that their intolerance of political differences is at the root of the brain drain problem.

Therefore, Wong’s most recent cartoon has incited displeasure from the Hong Kong authorities, CEO Lee. The Secretary for Labour and Welfare, Chris Sun, said he did not understand why its citizens were making such satirical, defamatory remarks about Hong Kong at a time when it needed to unite and prosper. Sun wrote in a Facebook post on 23 October, “I noticed today a newspaper cartoon that shockingly used ‘strict governance’ as a ‘selling point,’ and that this was an “absurd and a serious deviation from the truth.”

Moreover, he explained, “Such self-righteous humor will only damage Hong Kong’s image. What I am most puzzled by is that Hong Kong society needs to unite during this crucial time as it transitions from order to prosperity… why are people belittling themselves and speaking sarcastically of Hong Kong, their home?”

Sun then went on to defend John Lee’s talent attraction strategy by claiming that the plan had generated significant positive public opinion and that Hong Kongers should be proud of their city is one with many opportunities, healthy juridical infrastructures, market freedom, and a liberal and accepting society. He was, therefore, unable to understand why this comic had appeared amidst a recovering and thriving Hong Kong.

Following Sun’s post, CEO John Lee made similar statements during a television appearance on 23 October. He told presenters, “If a department thinks [something] is unfair, it has the right to speak out.” He also said about his talent attraction scheme, “We are beautiful and wise. We have a lot of things that others do not have.”

Given the increasingly harsh crackdowns enacted by the Hong Kong authorities on the city’s activists ever since the passing of the national security law in June 2020, “Zunzi” Wong’s ability to remain so outspoken, albeit not precisely with words, is remarkable. Let us then turn to Wong and his comics to see why he has been able to stay afloat in this rapidly sinking ship.

Throughout the years, Wong has remained an active force of change in Hong Kong society. Not only is he a political cartoonist, but he has also been a teacher and journalist. This means that he has been at the civilian forefront of the city’s various upheavals and has been on the receiving end of the government’s attempts at instilling order in the town. Such experiences have made Wong’s art an incredibly blunt yet powerful form of political expression.

Indeed, his art, which spans decades, is a captivating way for us to look back on much of the city’s tumultuous history. This includes the British handover of Hong Kong to China in 1997 when Wong published a cartoon featuring a duck (Hong Kong) walking from one cage to another. Connie Lam, the executive director of Hong Kong Arts Centre, s that Hong Kong is “a city that can not override the law from sovereignty - the same situation from the city’s past to its present.”

Therefore, through his years of close contact with the masses of Hong Kong, Wong’s art is, stylistically and thematically, a perfect reflection of the “Hong Kong spirit” among the city’s older generations. The cartoon being scrutinized by Sun and Lee, for example, employs simplistic shapes and colors to portray a potent message, for which detailed imagery or fine-tuned stylistic choices would only serve to obscure the complex social commentary he makes.

However, before analyzing the comic in detail, however, one may ask: why has Zunzi not succumbed to Hong Kong and China’s ever-tightening security laws? The famous cartoonist told CBC Radio why in May 2020, just weeks before the national security law was passed. When asked if he was worried about his freedom, Wong said, “I think one thing is that they want to persuade other people that Hong Kong hasn’t changed. So they might leave alone one or two newspapers and one or two cartoonists to let them still draw.”

Wong added, “But now I think that since I’ve been doing this job for too long, they [mainland contacts] let me go. They don’t think they can persuade me anymore. So they stopped coming [to threaten me].” He then said that while he believed the arrest was a real possibility, “I think a lot of journalists are in more danger than me.”

Evidently, Wong is cleverly aware of the precarious yet relatively privileged position he continues to hold in the increasingly critical area of political expression. Moreover, knowing this fuels him to continue to make art, not only as a creative outlet but also as a way of speaking out for the multitude of similar voices suppressed by the law.

What should we take away from Wong and his comics?

In closing, I want to come back to the cartoon that aroused such anger from Hong Kong’s top officials and what it means for the people that have already left the city. While agreeing with Wong in his overt political criticism of the government, as mentioned above, it is hard not to feel a sense of responsibility for the current brain drain issue in Hong Kong.

Though the departure of Hong Kongers from their homeland is entirely justified by the increasing lack of freedom within the city, ultimately, we must recognize our privilege in being able to leave at all, and thus the fact that going remains a choice, not a need. Take the street cleaner right next to the advertisement board in the cartoon - though aged and weary in his exertions, the older man seems to look at ease in his menial task, as if he no longer expects a change in his fortunes or an increase in his happiness. The lone figure in this cartoon is a crucial - yet overlooked by the government in their criticisms - aspect of the whole picture that should make us realize that many Hong Kongers are unable and unwilling to leave the city they have lived in, despite the political upheavals.

Ultimately, I want to invite those who have come across the controversial comic - including John Lee and Chris Sun - to look at the whole picture this time. You will find a much more sentimental, heartfelt reaction to the brain drain than the overt political criticism seems to imply. Hong Kong’s problems are not just the burden of the government - it is felt by everyone, no matter their age, status, or location in the world.