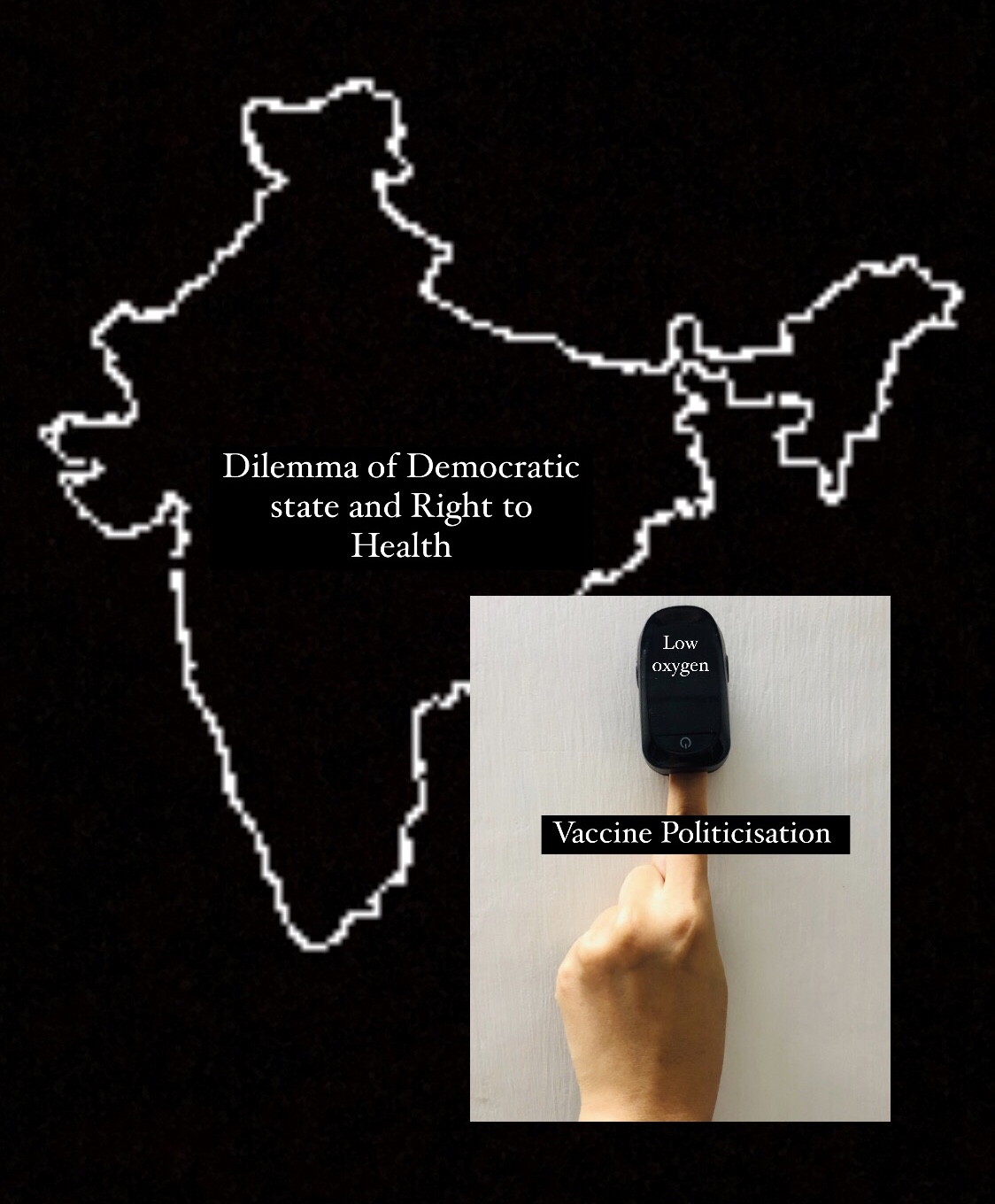 The United Nations Organisation and its Human Rights Commission have insisted on the right to vaccination. It urges all its members for an equitable division of vaccines in the world. Equitable distribution implies implementation for the less fortunate or financial destitute supplied by the government at a minimal price. The Organisation emphasizes universal and affordable access to the Covid-19 vaccines. However, the universal frame can be scrutinized, based on inequality among the countries in the world. The emancipatory essence of general human rights structures reflected in Article 12 describes the right to basic health for all individuals. Also, General Comment- 14 legally bases to encourage equitable access to vaccines. Encouraging equality on the distribution by assigning the same price for all. This equal distribution would create losses for the manufacturing companies and market. Eventually, it becomes a factor for discouragement and irregular supply.

The Covid19 pandemic has shown a clear picture between developed and developing countries. The manufacture, vaccination, and regulation: executed well in a developed country like the United States. But, in a developing country with vast diversity, improper infrastructure, low financial situation, and huge below poverty line population, like India, can be crushed with high mortality rate, raise inflammation, and weak health care system. In October, Union Minister Pratap Sarangi stated in a press conference that all citizens in India will get free vaccination. According to the manufacturing date from the in-house vaccine, the government updated 132.8 million doses by April. However, the Indian government did the calculation wrong resulting in the slow vaccination drive, shortage of vaccine, it chose the state elections over the Covid-19, etc. India requires a large number of doses to deliver for the safety of the citizens. It passed a few private hospitals to implement vaccination assistance in line to enhance the approach.

However, the Indian Government has promised its citizens free vaccination for the Covid-19. The citizen can choose to either get the vaccination from the government facilities for free of cost or a private hospital for Rs 250 per dose. The government confirmed the maximum flow of vaccine drive in May. In May, the citizens could only register for the vaccine, and only 10 percent of the entire population took the vaccine.

It’s unexplainable that by the second half of 2020, countries in the west and maximum developing countries were struggling to reserve vaccines for their citizens. The Indian government neither exhibited the same necessity in booking abilities with manufacturers for possible vaccines nor considered measures to improve capabilities in any significant form. Interestingly, India has exported consignments of anti-coronavirus vaccine doses as contributions to other countries. The Ministry of External Affairs (MEA) confirmed that about 361.94 lakh doses of the anti-Covid virus shipped from India. The second wave of the Covid-19 showed a real picture of the weak health care infrastructure, inadequate administration calculation, and failed government. India can't provide vaccination and medication to its citizens and above that, it's providing medication to other countries.

The dilemma of defining democracy is the universal essence, purposes, and principles of the United Nations. However, different countries have their version of democracy. Regards for human rights and basic freedoms are principles operating periodical and reliable elections. Also, election through universal suffrage is fundamental to democracy. Human rights as supremacy indicate whereby states exercise human rights expression to create a self-serving account that protects power or exceptional action. These principles are incorporate in the Universal Declaration of Human Rights. Also, additionally elaborated in the International Covenant on Civil and Political Rights. It cherishes a multitude of political rights and civil freedoms underpinning significant governments. However, health becomes an essential part of a democratic government. The government is responsible and accountable for the collapse of citizens in courses of degrading health, mortality, and diseases.

The Indian Constitution provisions ensure citizen's right to the crucial available measure of physical and mental health. Article 21 of the Indian Constitution, assures the stability of life and personal liberty to every citizen. The provision of human rights discourses enables the formulation of the right to health as progressively realisable within possible support. The central government promised the people vaccination doses free of cost making it essential and public goods. But, the central government is asking for more funds. Despite the contributions from the citizens to the fund collected in PM-care in 2020. The scam of fundraising is a new thing for the market and government in the name of help and Covid-19. The question lies that between 2020 to 2021, the government has taken basic tax from citizens which covers the health care service. Why is the government asking more without delivering any?

Right to Health implements a level of devotion to the state or government to determine who should secure access to health care and at what amount. The state has a responsibility to recognize the right to health, it is also the chief violator of human rights. Economic and social rights are especially vulnerable to political manipulation because of the principle of gradual recognition. The political parties were promising in the state elections of 2021 India that they would provide free vaccination to citizens. With the condition, if they come into power. To achieve free vaccine doses from the central government promised and stated in public was being covered. Bur, promising people for the vote to provide vaccines is manipulation and a new low for Indian Politics. However, after winning the election, the state government is asking for funds for vaccination. The newly-elected Assam Chief Minister has requested citizens to donate and contribute to vaccines for the less fortunate ones. Is asking for more donation fair after promising paid vaccination a month before an election campaign? Is the PM Care money not enough?

It has shown that the vaccine is not only a medical technology that can maintain the right to health. But, it is an apparatus of political power that can extend to generate new forms of discrimination against already opposition states and groups. Consequently, to be an adequate emancipatory tactic, human rights advocates must recognise the vaccine’s politicisation. It might moderate trials by states to involve in human rights as self-determination.

Procrastination Enlarges Stress: An Unexpected Arrival Of The Covid-19 Second Wave In India