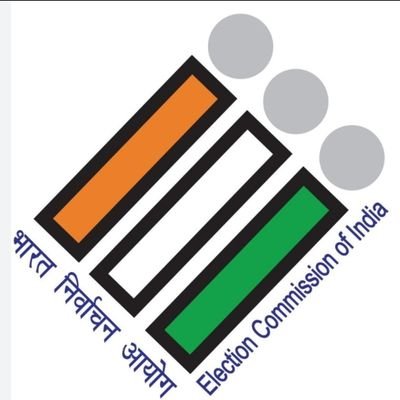 On July 16, PM Narendra Modi criticized the freebies offered by political parties by calling it Revri (Winter Munchies) culture. He said that Revri culture was dangerous for the development of the country. Apart from this, while hearing about freebies in August, the Supreme Court of India said that ‘freebies may lead the State towards bankruptcy’. Also, on October 3, the State Bank of India (SBI) submitted a report to the Supreme Court in which it flagged the risk of Indian states leading towards financial disaster because of the ongoing competition among political parties to offer freebies in the pre-poll promises.

In a letter written to the political parties, the EC stated, “The Commission has proposed to bring about a standardized disclosure pro forma for the guidance of political parties and candidates, but also to ensure authentic information to the voters to assess the financial viability of election promises made by Political Parties. Pro forma seeks details of revenue generation ways (through additional tax, if any), rationalizing expenditure (cutting some schemes, if so required), the impact of committed liabilities and/or raising of further debt and its impact on FRBM limits.”

The EC also wrote about the electorate's right to have adequate and authentic information. They added, “The choice to cast a vote, i.e. the most precious gift of democracy is directly and intricately linked to access to timely and reliable information. It is in this background that timely availability of data points to assess the financial viability of the promises made to voters in the election manifestos assumes critically.” Furthermore, the EC wrote, “it cannot overlook the undesirable impact of some of the promises and offers on the conduct of free and fair elections and maintaining a level playing field for all political parties.” The Election Commission has asked the political parties to revert by October 19.

On April 9, the EC told the Supreme Court that promising or giving freebies during an election was a ‘policy decision’ of the political parties. On the question of economic viability and the impact of such promises and policies on the government’s financial health, the EC said that it was to be decided by the electorate. In an affidavit to the apex court, the EC about six months ago said that it could not regulate the policies of the government that has the mandate because that would be ‘an overreach of the powers’. It was not the only time when the EC had taken that stand on freebies. On August 11, about two months back, in a supplementary affidavit, the EC said, “there is no precise definition of the term freebies in the existing legal/policy framework and that it is difficult to define the term irrational freebies, as both freebie and irrational are subjective and open to interpretation.”

Rajya Sabha MP Kapil Sibal criticized the EC for changing its stand on the freebie issue. He tweeted, “Election Commission does a u-turn after filing an affidavit in Supreme Court that it will stay out of freebie debate. Would amount to overreach. Now wishes to include it in the Model Code of Conduct. Maybe EC itself needs a Model Code of Conduct.”

Reactions from the opposition

A day after receiving EC’s letter, the Communist Party of India (Marxist) issued a statement and called EC’s proposal to amend the MCC ‘a totally unwarranted move’. CPI(M) further questioned whether the ECI had changed its stand because of the pressure exercised by the executive (Central government). Congress Party’s general secretary-in-charge, Jairam Ramesh, informed Indian Express that it was not EC’s business. He said, “It goes against the very essence and the spirit of competitive politics and will be yet another nail in the coffin of democracy in India.”

On October 5, a day after EC’s proposal, Union Law Minister Kiren Rajiju told The Times of India that to give legislative backing to the electoral reforms, the Central government is having discussions with the EC regarding amendments to the Representation of the People Act. He said, “I am already having elaborate discussions with the EC to study major changes in the (Representation of the People Act) and other election rules. The Centre will take steps after due consultation for major electoral reforms which are required as per the new changing time and situation.” The opposition is using his statement to support their claim that the EC, an independent constitutional body, altered its stand on the freebies issue because of the Union government’s pressure.

EC must continue to act as an unbiased body

Article 324 of the Indian constitution empowers the EC to superintend, direct and control the elections to Parliament, state legislatures, and offices of President and Vice-President. Just like some notable democracies of the world, India follows an electorate model, which is independent. That implies the EC should function separately without any interference from the government. In a diverse and vast country like India, where a multi-party system has followed, the need for the EC to work independently and give a level playing field to all the political parties becomes crucial. Apart from a few incidents in the 1980s, the EC has managed to conduct the elections in India smoothly and, most importantly, without any bias. It has become a success story of Indian democracy. However, the current change of stand on the freebies issue, which is too in line with the government’s philosophy on the same subject, has raised many questions about EC’s credibility. The EC must address those questions so that the citizens of India continue to trust the EC, which is very important for Indian democracy to prevail.