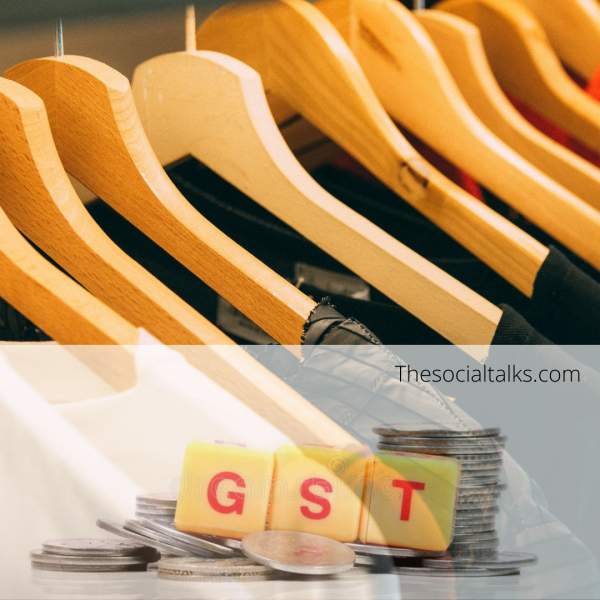 The Central Board of Indirect Taxes and Customs (CBIC), govt hikes GST from 5% to 12% for clothes, footwear, textiles.

The implementation of the Goods and Services Tax on July 1, 2017, was a watershed moment in India's indirect tax changes. The goal was to reduce cascading or double taxation by combining a large number of Central and State levies into a single tax and prepare ways for the shared national market.

The Indian taxation system was a jumble of national, state, and local area levies before the establishment of the Goods and Service Tax (GST). The route to a unified indirect tax system has been laid by subsuming more than a score of levies under GST, making India an economic unity.

The meeting that took place amongst the GST council members in September had given the notice to re-work the inverted taxation system.  The Council indicated that it will take action on January 1, 2022, but had left the effective rate adjustment unclear at the time.

As of next year, the GST rate on any piece of clothing will be 12 percent, according to the new revelation. Currently, a 5% duty is collected on sales of up to Rs 1,000 per item. It is the same for an article of footwear, that the duty required to be collected will be 12 percent on every footwear product.

The Central Board of Indirect Taxes and Customs (CBIC) issued the increase on November 18, 2021. And all this while, the GST charges for such polyester blends and yarn have been reduced from 18 percent to 12 percent. As a result, this has helped to bring rate consistency to the entire production of textiles and minimize defects caused by the upside-down duty structure.

Textiles, which include woven materials, manufactured yarn, pile fabrics, blankets, tents, accessories such as tablecloths or serviettes, carpets, and embroideries, have had their rates raised from 5% to 12%.

According to a research by a rating agency, Infomerics Valuation and Rating, government has attempted to boost the industry prospects of the sector increasing to $300 billion by 2025-26. In the next two years, there will be a 300 percent growth. The unfortunate pandemic that hit the whole globe, had a turn-down impact on the textile industry after spiking at $106 billion in FY2020. The domestic textiles, clothing and accessories business tumbled to $75 billion during the pandemic. There has been a significant shift in technological fabrics. In terms of finances, specialized textile purchases exceeded exports by Rs 1,058 crore in FY20, but exports increased by Rs 2,998 crore in FY21.

The government's attempts to assist and develop the industry are also still being studied. Technology Mission on Cotton (TMC), Technology Upgradation Fund Scheme (TUFS), Scheme for Integrated Textile Park (SITP), and other similar programs have been implemented in the past. National Technical Textiles Mission (NTTM) over a four-year term (2020-21 to 2023-24) with something like a budget of Rs 1480 crores is one of the most recent initiatives.

The Clothing Manufacturers Association of India (CMAI) has voiced its displeasure with the government's intention to increase the GST on garments starting from January 1, 2022. The industry group also stated that the increased cost will have a significant impact because the sector is experiencing inflation in the economy because of rising prices of raw material particularly yarn, packaging, and transport.

According to a poll, the Covid-19 epidemic had a negative influence on the health of almost three-quarters of small enterprises in the country, with those from the manufacturing sector experiencing many problems. India is considered as one of the worst-affected countries worldwide by the Covid-19 outbreak in the last year. The resulting lockdowns, which are resurfacing across the country due to an increase in cases, have a fiscal effect as demand fades and revenue generations decline.

"The strength of a small company will decide the rate of recovery of India's commercial firms, and hence the global chief economist Arun Singh from Dun and Bradstreet stated in the survey that they conducted to show the negative impact Covid-19 had on small scale businesses.

Several small companies have suffered as a result of the lockdown; for example, flower merchants in Ayodhya, Uttar Pradesh, are also been affected by the situation, since their business has been entirely shut down due to the closure. Vendors say their business has improved since the lockdown, but sales haven't increased since consumers don't have enough money.

The recent Omicron scare is reminding the nation of the March 2020 devastation, bringing loss to businesses as many shops and vendors in Delhi have lost almost 2 hours of their business and malls turning to odd and even basis. There has been a 10% to 15% fall in sales, modern trade which was hiking is now taking a plunge.

According to tax experts, the rapid uptick in the goods and services tax (GST) on completed items like garments, textiles, and footwear would have financial ramifications for MSMEs with a major foothold in that sector. As claimed by the MSME registration site Udyog Aadhaar, there were 6,51,512 spinning and weaving MSMEs formed between September 2015 and June 2020, including 4,28,864 clothing and accessories MSMEs. The GST hike, according to experts, will put even more burden on the industry in terms of working capital requirement, specifically for SMEs.

The planned increase is intended to bring a remedy in the inconsistencies for the return of Input Tax Credit (ITC) due to the inverted tariff structure.