Inclusivity: The Most Famous Doll in the World is No Exception 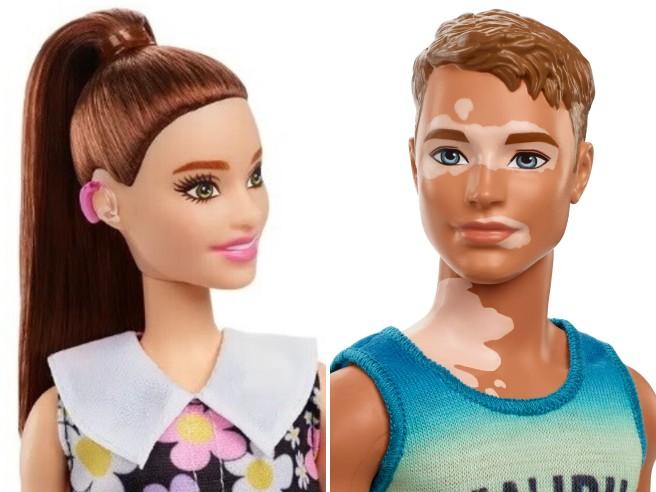 We often talk about inclusiveness and body positivity, primarily when referring to aesthetics, but what do these two terms really mean?

Body positivity is a social movement focused on promoting acceptance of all bodies regardless of size, shape, skin color, gender, and physical ability, and on challenging current beauty standards as a social construct to be abandoned.

Inclusiveness, on the other hand, means the ability to include as many subjects as possible in the enjoyment of a right, in the participation in an activity, or in the performance of an action; more generally, a tendency to be welcoming and not to discriminate, counteracting the intolerance produced by judgments, prejudices, racism, and stereotypes.

We should focus more on health and kindness rather than appearances.

These concepts that are now part of our daily vocabulary are fortunately and finally influencing many brands, especially those related to the world of fashion, which, after years of battles and criticism, have begun to produce clothes in larger sizes, making it easier for plus-size and disabled models to parade with their clothes.

Speaking of this, the news emanating from Matell, the Barbie manufacturer, has quickly become viral; in the last few days, the company has indeed decided to introduce the first doll with hearing aids and Ken with vitiligo (a skin condition characterized by patches of the skin losing their pigment).

The two will be launched on the market in June as part of the Barbie Fashionistas line, to ensure that even children who experience hearing loss or those suffering from vitiligo, caused by the lack of the melanin pigment, can feel represented. These new dolls differ profoundly from those of the early years; they have been created to allow children from an early age to become familiar with and play with diversity, thus educating them about inclusiveness. Therefore, no longer are perfect models without defects, which do not represent the real world. Even the minorities, the categories once excluded from the playful universe, now appear and rightly find their spaces.

The first Barbies ever created, in fact, were dolls with perfect bodies, angelic faces, impeccable make-up, and long straight blond hair. In short, the children were forced to play with a single type of doll, and obviously, playing and seeing every day that the doll considered the most beautiful had certain specific physical characteristics, could have led children to think that those were the canons to be respected in order to be publicly accepted.

In recent years, Mattel has brought out dolls with different features with regard to hair color, hairstyle, body shape, and so on. We remember the plus-size dolls produced by the famous brand, designed so that people with a few extra pounds were also represented in the toy market.

These changes, which at first glance can be considered strange and superficial, are actually fundamental for teaching inclusivity to children; knowing how to accept oneself and accept others is at the basis of respect for oneself and for those around us. These new toys have the possibility of teaching children that they must not judge others based on their appearance; each condition and each diversity do not diminish the value of a person but rather make him or her unique.

Every child deserves to be listened to, understood, and loved, and probably a step forward in this direction can be given by these new toys that are part of the everyday lives of all children.

The Case for Body Neutrality

A New Barbie Movie for the Ages?