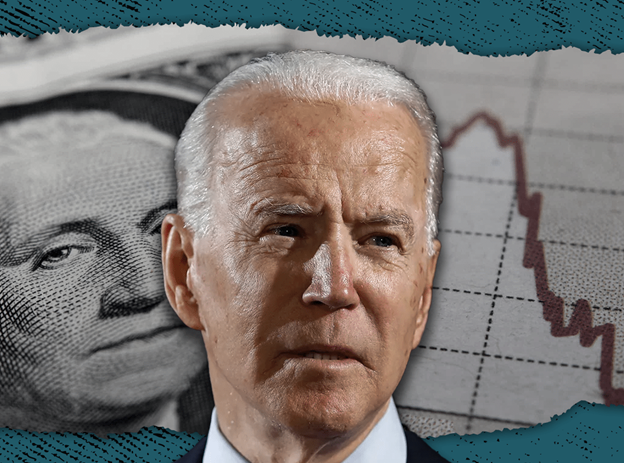 The latest figures of last month’s inflation rates are now revealed in the US. And the prospects of a recession are looking higher and higher as global economic metrics point toward higher inflation, uncertainty around investments and home equities, high food and energy prices, and stagnating growth.

Inflation figures for May are higher than what they were in April (8.3%), with prices rising 8.6% in May. The fastest rate of inflation in over 40 years. CNBC reports this data via the US Bureau of Labor Statistics.

More notable figures put food and energy prices higher than the overall inflation figures. For example, the Bureau of Labour Statistics reports that food prices increased by 10.1% in May compared to May last year.

Families across the US - and the rest of the world - are feeling the crunch of price increases eating into their cheques and bank accounts. Thus, many claim the current inflation levels to be unsustainable and that a recession will follow suit as a type of price correction to the globe's flaming economy.

Interestingly, many major business people, banks, and economists are increasingly warning of a recession.

The World Bank has stated that a recession is very likely. The President of the World Bank, David Malpass, further states, “For many countries, the recession will be hard to avoid.” The World Bank also suspects a slowdown of global economic growth of a projected 4.1% to 2.9% as of this month.

The World Bank Global Economic Prospects Report for June cites the Russian invasion of Ukraine as a significant factor in price increases for food and energy commodities. The report further states this event has triggered global banks to raise interest rates to lower inflation. But the World Bank report states that raising interest rates may result in a “mild recession.”

Goldman Sachs, a major bank in the US, also states that a recession in the US is “very, very, high risk” based on their internal data analysis. As a result, Goldman Sachs warns businesses to prepare for the highly probable recession.

In addition, home prices in Canada have continued to drop for the past three months after the Bank of Canada started to increase its interest rates to tackle inflation.

For example, home sales in Toronto have dropped by over 35%, and the average price of homes in Toronto has fallen to $1.21 million compared to $1.33 million in February of this year.

Detached home prices in Brampton, Mississauga, and Caledon have also dropped significantly. However, expectations from real estate experts insist that prices will eventually go up again once the economy starts to look more stable.

Nevertheless, a current drop in home prices could indicate a major housing correction, with some predicting a Canada-wide 15% drop in average home prices.

Major financial leaders of companies in the US have also predicted a recession. For example, a CNBC CFO (Chief Financial Officers) survey indicated that 68% of CFOs believe a recession will occur in the first half of 2023. In addition, the survey reveals that no CFO predicts a recession later than the second half of next year, and no CFO thinks the economy will avoid a recession.

Industry leaders like Elon Musk have also stated that a recession will happen. Recently, Elon Musk replied to a tweet from a user asking if “we’re still approaching a recession?”. Elon Musk replies, “Yes, but this is a good thing. It has been raining money on fools for too long. Some bankruptcies need to happen”. Elon Musk believes that some businesses have taken advantage of inflation and government support and that a recession would correct the market leaving these businesses rightfully bankrupt.

The stock market is also down compared to last year. The DOW and S&P 500 are down nearly 10% compared to June of last year, indicating investors' lack of confidence in the economy about buying stocks right now. Although, both of these stock markets are up compared to 2020 levels.

Furthermore, some experts cite the current unprecedented money supply as a factor for both global inflation and an upcoming recession. To explain, historic low-interest rates and government stimulus have led to high levels of M2 (money supply that includes cash checking deposits and easily convertible near money). Therefore, the amount of money currently in circulation is high, leading to higher demand and thus higher inflation. But because this inflation seems unsustainable and unaffordable for ordinary people, demand will eventually decrease to adjust to unaffordability, thus leading to a recession.

Unfortunately, although prospects of economic recovery were quite positive in the past year after covid started to reign down its effect on the global economy, countries began to open up again. Current inflation has hit people all over the world. Our current economic crunch has victimized people in Canada, the US, Afghanistan, France, the UK, Turkey, etc. It’s only a matter of time before things start to look calm again after three years of economic destabilization and now unprecedented inflation. How that calmness will come about is yet to be seen, but we should try to brace for impact just in case the economy starts to look like a storm again.