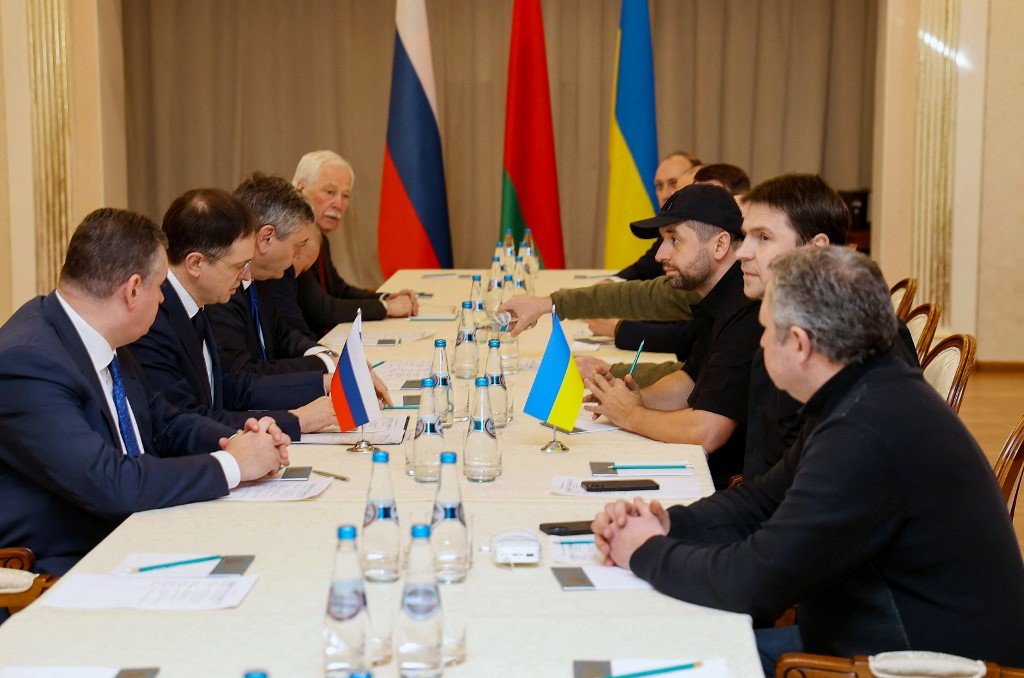 A new meeting is scheduled to take place today (3rd March) which will decide a possible truce between Russia and Ukraine. The information was released by the Russian country's diplomatic team. Negotiations will take place in Belarus, where Russian and Ukrainian representatives will participate. Ukraine's diplomats will pass through a security corridor, for protection.

Russian President Vladimir Putin sent five representatives and Volodymir Zelensky, the president of Ukraine, sent six diplomats. All 11 representatives involved try to find a deal. See below who are chosen for the meetings and meet them.

A 54-year-old man who is responsible for leading the foreign affairs committee of the Russian Parliament (Duma). Leonid had four sexual harassment allegations in 2018. All the complaints were from journalists. Two of them made the testimony in the ethics committee of parliament.  However, Slutsky was acquitted. After that, the member of the Russian Liberal Democratic Party posted on Facebook "I take this opportunity to ask forgiveness of all women to whom it has caused bad experiences, voluntarily or unintentionally. Believe me, I didn't mean any bad intentions."

The 51-year-old is the adviser to the President of Russia. In addition, he is also a Russian professor, politician, and publicist. Vladimir is a member of the General Council of the United Russia party. Rostislavovich's mother is a doctor and his father was an army colonel. The military was known to participate in the invasion of former Czechoslovakia that took place in 1968. Vladimir's father was also in the Afghan war.

From 2012 to 2020, Rostislavovich was the Minister of Culture in the Country. The politician caused controversy after saying during an interview in 2012 that the Russians have more chromosomes because they can escape and survive numerous tragedies. Rostislavovich has been accused a few times of performing beading in two of his political science theses.

Gryzlov is 71 years old and is the Russian ambassador to Belarus is one of Putin's main allies. Boris was an engineer until 1973 and also has a background as a director of a factory, it was only after 1999 that Boris became a public figure. When it happened, Boris managed to rise to political office. The beginning of his political career was in the regional division of the Unity of Sergiuei Choigu party, a month later and Gryzlov was elected to the country's parliament.

He then became the Minister of the Interior and also the President of United Russia. That is the party that assists the president of the country. He held office until 2011 when he left his position during several allegations of electoral fraud in the December 4 parliamentary elections.

Fomin is 62 years old and has been Russia's defense minister since 2017. Earlier this year, he was also introduced to the Russian president's entourage for a meeting of the Council of the North Atlantic Treaty Organization (NATO), located in Brussels. The purpose of the meeting was to reduce the chances of conflicts between Moscow and the West. This came after Russia sent a military contingent to an area near the Ukrainian border.

Alexander was one of the main members who gave signs that the invasion would happen after revealing some of the strategies in Moscow. Formin said that "NATO has gone into the practice of direct provocations, which involves a high risk of escalation in a military conflict."

It is important to note that the Minister of Defence is a polyglot. Thus, he can speak fluent English, Portuguese, Spanish, and Creole. Alexander is from Kazakhstan and was born in Leninogorsk. The man graduated from the Military University of the Russian Ministry of Defence in 1984. He served in the army between 1977 and 1993.

Rudenko is 60 years old and is the Foreign Minister of Russia. He also has a stake in foreign business circuits. The beginning of this career began in 1985, having held various positions. Last February, Andrey said that "Moscow does not believe in tears" referencing the moment when Germany revealed that it would stop the certification process of the Nord Stream 2 pipeline.

Andrey was born in Moscow and graduated in International Relations from the University of the Russian Capital. Rudenko is responsible for managing relations between Abkhazia, a republic in northern Georgia, and Tskhinvali, the capital of the Georgian region of South Ossetia.

Oleksii is 55 years old and has been Ukraine's Defence Minister since November 4, 2021. In addition, the professional is also a lawyer and politician. Reznikov's has also held positions as minister for the Reintegration of temporarily Occupied Territories of Ukraine and Deputy Prime Minister.  In 2020, Ukrainian President Volodymyr Zelensky chose Oleksii Reznikov to represent the country in the political subgroup of the Trilateral Contact Group to discuss a peace agreement in Donbass.

Reznikov was born in Lviv and was responsible for founding Magisters in 1997, which is the law firm that won the Chambers Europe Award in 2010. The firm was also considered as the best law firm in Russia and the Commonwealth of Independent States. Who elected Oleksii was the British magazine The Lawyer. Volodymyr had his law license suspended in 2014. The reason is that he was appointed as secretary of the Kiev City Council.

Arakhamia is 42 years old and is known as one of the 100 most influential people in Ukraine. He is the leader of the Servants of the People party. Davyd is also a member of the alliance with the President of Ukraine in Kiev. He was born in Sochi, the Soviet Union, and lived part of his life in Georgia until 1992, then he moved with his parents to Ukraine. Davyd graduated in Economics and created many technology companies. Arakhamia and some friends created a website in 2014 to raise funds for the equipment of the 79th Air Brigade paratroopers. Davyd stood out after wearing a cap on the first day of trading.

Advisor to the Ukrainian presidency.

Kostin is 65 years old and is deputy head of the Trilateral Contact Group in Ukraine. He is one of the representatives of the Ukrainian country, Russia, and also of the Organization for Security and Cooperation in Europe. The goal of his work is to find easy diplomatic solutions to the war in Ukraine's Donbass region.

The man is a Ukrainian politician, businessman, investor, and philanthropist, a Muslim of Crimean Tatar origin. Rustem is the son of engineer parents. His mother and father are chemical engineers. Umerov graduated in economics and finance.

In 2019, he was elected as a member of parliament. In addition, he is the CEO and creator of ASTEM Company, which is a company specializing in communications, technology, and infrastructure. During his career as a deputy, he co-authored approximately 100 bills.

Today, Rustem is the secretary of the parliamentary committee on Human Rights, Disoccupation, and Reintegration of The Temporarily Occupied Territories. Rustem has also been co-president of the Crimean Platform since December 2020, which aims to seek a diplomatic way for Russian occupation and the reintegration of Crimea.

Mykola is the deputy foreign minister. He began in office in September 2021. Tochytskyi has extensive experience in the field of diplomacy, amongst them, his role as ambassador is extraordinary to Belgium and Luxembourg. It is important to note that he is also responsible for Ukraine's diplomatic mission to the European Union and the European Atomic Energy Community.