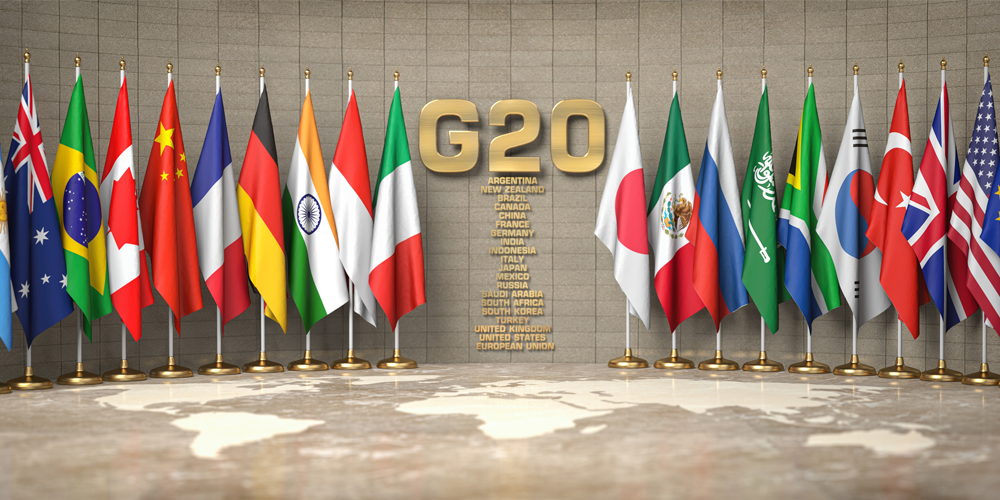 The Russian invasion of Ukraine overshadowed the G20 summit 2022 organised in Bali, Indonesia. The group of 20 unanimously adopted a declaration on Wednesday which says that most of the members have condemned the war in Ukraine, while some countries saw the conflict differently reports Reuters.

With its first meeting in 1999 for the finance ministers and central bank governors, the G20 has now evolved into a yearly summit involving the Heads of State and Governments of the member countries. This year, the summit was hosted in Bali, Indonesia. The hosts had set an agenda that was focused on the economic recovery from the pandemic, global health measures and sustainable energy.

This agenda was essential given that G20 summit is the biggest gathering of all the leaders after the covid pandemic. Several countries are still struggling to recover from the economic crises that arose due to the pandemic and lockdown. The summit was therefore expected to have discussions about them as well as the climate crisis solutions that were recently suggested during the COP27 in Egypt.

However, when the summit started it seemed like the focus remained on the Russian invasion of Ukraine while the rest of the issues did not get enough attention. The ongoing war made headlines in the media as Russia launched a missile strike on the first day of the summit. Additionally, both Russia and Ukraine were part of the summit and their representatives were present at the meeting.

Nevertheless, Russian President Vladimir Putin refused to travel to Bali, while Ukraine’s president Volodymyr Zelensky addressed the meeting virtually and proposed several strategies to put the war to an end. During his talk, he repeatedly addressed the leaders as the ‘G19’, excluding Russia. Political analyst Konstantin Kalachev said: “Putin has got nothing to say. He has no proposal on Ukraine that could satisfy both sides.”

The conflict between Russia and Ukraine has been ongoing for the past 10 months. It began when Vladimir Putin sent around 200,000 soldiers to attack Ukraine on 24th February 2022, and the Russian forces quickly captured big stretches of Ukrainian territory. Putin describes it as a “special military operation” rather than a war. He told the Russian public that he aims to “demilitarise and de-Nazify Ukraine”, while none of his claims has any basis in evidence.

Although, strictly speaking, this attack cannot be called a war because wars are generally fought between the soldiers of two countries on the borders. But the Russian forces have invaded people’s homes and killed innocent men, women and children. The invasion has displaced millions of Ukrainian people inside the country or forced them to leave. Thousands of lives have been lost and yet Russia is not ready to stop.

Despite being attacked ruthlessly on the land and through air Ukraine has managed to fight in front with the support of European nations and the US. The Ukrainian troops have successfully forced the invaders into retreat several times. To date the Russian forces have lost half the territory they seized at the start of the invasion.

Two weeks ago, Russia pulled its troops out of Kherson, the only regional capital it had captured since the start of the invasion, but they left behind the destroyed critical infrastructure of the city. People are suffering due to a lack of running water, electricity or central heating. The winters are going to be very harsh for the people in Ukraine as Russian attacks have destroyed the major energy supply systems of the country.

Due to these events, the G20 is divided. On one side Ukrainians were celebrating the retreat and victory and the world leaders were gathered to discuss several critical issues, while on the other side Russia again launched heavy missile attacks on different cities and energy facilities across the territory. An emergency meeting was called to discuss reports of a missile landing in Polish territory near Ukraine, which killed two people. Later it was found that the missile was actually launched by Ukraine to tackle the Russian air attacks.

A declaration issued by the leaders at the G20 summit said that “most members strongly condemned the war in Ukraine”. It also recognised that “there were other views and different assessments of the situation and sanctions”, meaning not all the leaders believe that the invasion and destruction in Ukraine are condemnable. The leaders also said that the use or threat of nuclear weapons was “inadmissible”.

The war is not only affecting the two nations that are directly involved but has also damaged the global economy and revived the Cold War-era geopolitical divisions. All these challenges are emerging at a time when the world has just overcome a severe pandemic. While Russia called it unfair to “politicise” the summit, Ukraine’s president Zelensky took the opportunity to call out for action and said: “now is the time the destructive war must and can be stopped.”