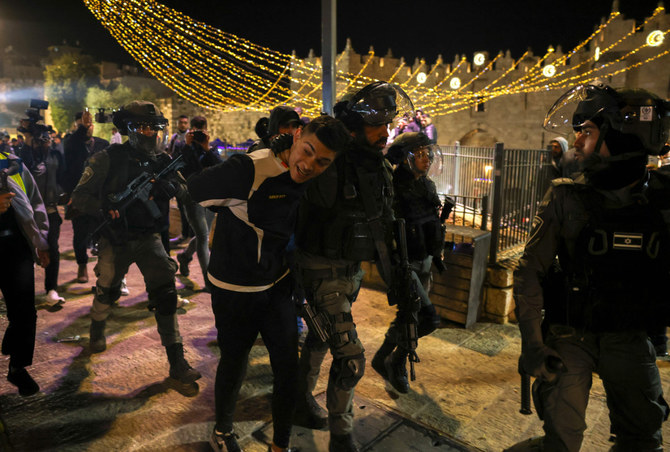 With Eid slowly approaching and the holy month of Ramadan slowly coming to an end, the world has yet to witness Ramadan pass by peacefully for Palestinians as they continue to experience increased Israeli occupation.

The world had seen Palestine start Ramadan with tens of thousands of Palestinians gathering at Jerusalem’s Al-Aqsa Mosque for Friday prayers, which was one event that had passed peacefully. However, Israeli armed forces and restrictions imposed by the Israeli government had resulted in continuous violence and death of many Palestinians throughout the holy month. One needs to recap the trauma Palestine has witnessed over the holy month.

Beginning with The Old City’s Damascus Gate, it is known to be an area in which many Palestinians gather after Taraweeh prayers, as a way of celebrating the nights of Ramadan together. It is a part of Palestine that is known to attract large groups of visitors looking to enjoy their evenings with family and friends.

However, Israeli forces used this to their advantage, as they had also based themselves there in large groups, including undercover units. For example, the Al Jazeera News outlet reported that from the first day of Ramadan, the Israeli government had deployed an estimated 3,000 Israeli police officers in that area. This had resulted in Palestinian residents being assaulted and arrested daily, with at least 40 people being detained since the start of Ramadan.

Moving on to Al-Aqsa, which is Islam's third holiest site and is a point in which many Palestinians gather to carry out group prayers. However, during the second week of Ramadan, such a holy sight had experienced harsh Israeli clashing with Palestinian protesters as tensions had continued to soar throughout the holy month at the Al-Aqsa Mosque compound in Jerusalem.

Such events had involved Israeli police officers firing teargas and rubber-tipped bullets at Palestinian youth, as violence was at a point in which it was escalating excessively in the occupied Palestinian territory. The point at which this event was triggered came when Israeli soldiers had decided to enter the mosque by force before dawn. This was a period in which many worshippers had gathered for early morning prayers during the holy month of Ramadan.

According to the Guardian, Israeli forces had resulted in using drones to spray tear gas from the air, enabling it to reach Palestinians, who were peacefully praying in Al-Aqsa. The Palestinian Red Crescent had announced that 57 people had been wounded during this clash, including 14 Palestinians who had to be rushed to hospital.

On top of such statistics, more than 200 Palestinians have been hurt in clashes around the Al-Aqsa compound throughout the final week of Ramadan. Occupational forces are continuously storming the Al-Aqsa Mosque, as they have based themselves at continuous checkpoints around the holy site. As Al-Aqsa is supposedly a holy site for Jews. It has resulted in the site becoming a flashpoint in which violence has been carried out against the Palestinians for decades.

A brief description of both events provides an insight into the events many Palestinians are having to experience both during the holy month and throughout the year. For many Muslims around the world, Ramadan is a month of peace in the sense that it is dedicated to focusing on faith and bringing together communities. However, Palestinians are portrayed as viewing Ramadan as a month in which Israeli forces decide to increase the amount of violence Palestinians have to endure.

From increasing checkpoints to directly carrying out violence, navigating Ramadan has proven to be difficult for Palestinians, who are finding it harder to move through Palestine, come together for iftar, and pray together.