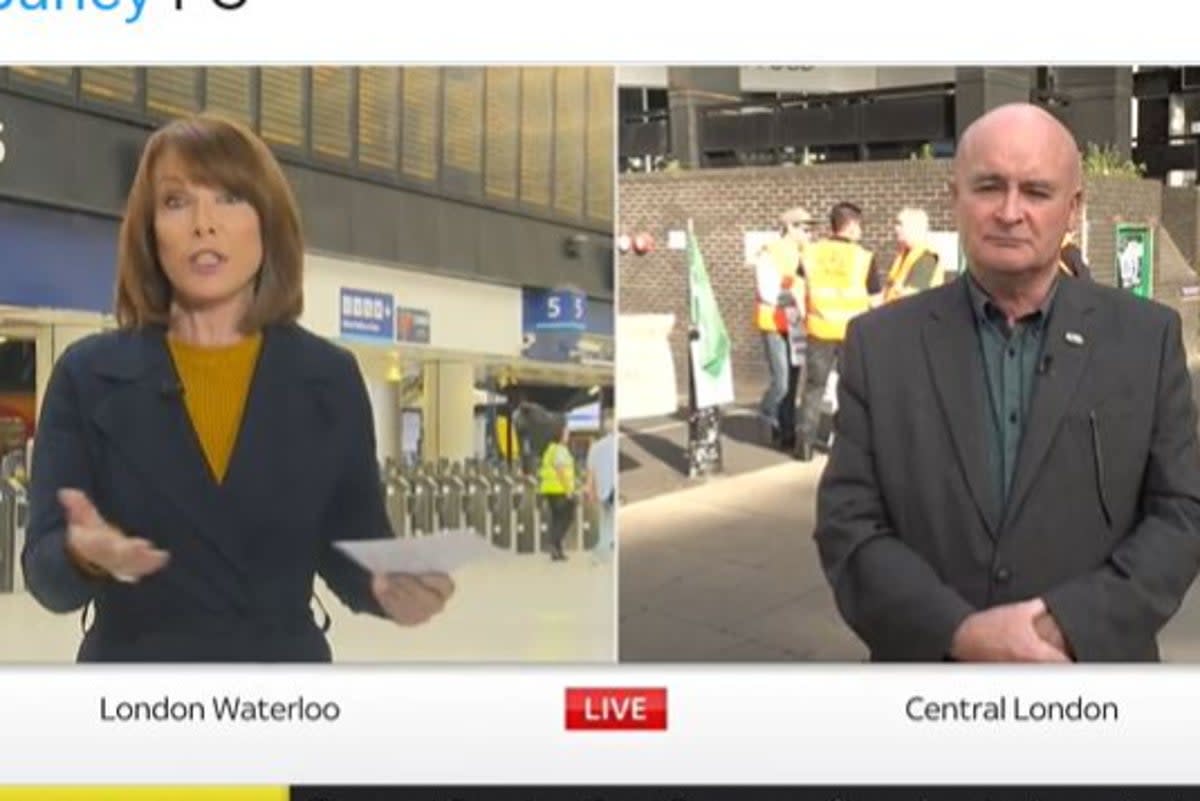 In the UK yesterday, the members of the National Union of Rail, Maritime and Transport Workers (RMT) have begun strike action. Around 40,000 members of the RMT, maintenance staff from Network Rail, and 13 operators walked out to join picket lines over pay, jobs, and working conditions. It's Britain's biggest rail strike in 33 years, with just a fifth of trains running in the London area, and most of Scotland didn’t have any transport by train for most of yesterday.

The 24-hour walkouts have been planned for Tuesday, Thursday, and Saturday of this week, but the impact is also expected to be felt on Wednesday, Friday and Saturday because overnight maintenance work will not take place as usual.

Commuter habits have not fully returned to normal pre-pandemic levels according to Network Rail, and they are proposing a cutting of jobs through compulsory redundancies, increasing working hours for those whose jobs are not cut, and a pay rise of 2% to mitigate the financial damage caused by lockdowns. The RMT has argued that 2% is not enough and is asking for 7% instead. They also insist that the jobs being cut are passenger safety-critical jobs, but Network Rail denies this.

Mick Lynch, the general secretary of the RMT union, spent yesterday doing interviews with the British media to raise awareness of why the workers are striking. However, his interviews with Good Morning Britain, Sky News, and Piers Morgan Uncensored have garnered particular media attention.

Richard Madeley, one of the hosts of Good Morning Britain, began his interview with Lynch with a rather odd opening statement. "You’ve been accused severely over the past few weeks of being a Marxist," said Madeley. "It happened again last night, a backbench Tory MP said you are a “Marxist with no interest other than trying to tear down the Government. Now, are you, or are you not a Marxist? Because if you are a Marxist, then you’re into revolution and into bringing down capitalism. So, are you or aren’t you?”

Lynch looked quite taken aback and then began laughing. He simply replied: "You do come up with the most remarkable twaddle, I gotta say. Opening an interview with that is nonsense." Madeley seemed to take offence at this and referred to his questioning as “reporting, not twaddle” several times throughout the interview.

Later in the morning, his interview on Sky News with Kay Burley became quite uncomfortable to watch. "The government is saying that they are going to bring in agency workers; my question to you is, I'm guessing that some of your members will stay on the picket lines?" Burley questioned. "What will they do if those agency workers try to cross the picket lines?".

Lynch looked confused as he detailed that those agency workers will be picketed just like all other train workers. When asked by Burley what picketing would involve, a rather confused Lynch turned to look at picketers behind him before turning back to the camera to question: "You can see what picketing involves."

It then became clear that Burley was trying to make a point regarding potential violence at the picket lines when she evoked the miners' strikes of the 1980s, even though neither the RMT nor any of its members had ever mentioned violence as part of their strike action. Lynch did not give in to this tactic, telling Burley that "your questions are urging into the nonsense.”

Lynch also appeared on Piers Morgan Uncensored to discuss the industrial action but in a bizarre exchange, Morgan made a comparison between The Hood, a villain from the 1960s TV show Thunderbirds, and Lynch himself.

Morgan showed Lynch a screenshot of Lynch’s Facebook page and took the opportunity to grill Lynch over his profile picture of The Hood. “Well, I’m just wondering where the comparison goes because he was obviously an evil, criminal terrorist mastermind, described as the world’s most dangerous man who wrecked utter carnage and havoc on the public”, declared Morgan. Morgan became insistent that Lynch address the comparison and explain why he chose this villain for his profile picture.

Lynch said it was a joke between himself and his friends and blithely replied: “He’s the most evil puppet made out of vinyl in the world. Is that the level journalism is at these days?”. Morgan pushed Lynch on the issue for nearly two and a half minutes, claiming he was “trying to get into the mindset of the man about to wreak havoc on the country [...] when The Hood wreaked havoc on the world”. The interview ended when Lynch began to refuse to answer any more questions about the profile picture of the puppet and asked Morgan to ask him questions on the trade dispute that he represented instead.

As a result, Lynch has received a lot of attention online for his approach to interviews and his calm response to the sometimes surreal line of questioning he has experienced. He became a trending topic on Twitter in the UK, with the posting of over 100,000 thousand tweets mentioning his name at the time of writing.

He had a more standard interview on Channel 4 News later in the afternoon. When asked by Cathy Newman for how long the strikes will continue, Lynch stated, “we’ve got a programme of action this week and we’ll review that next week when that’s taken. [...] If we can’t create a solution, which we will be talking about with both sets of companies tomorrow, we won’t have an agreement so therefore we will pursue more industrial action”.

Poverty hidden beneath the clear skies?