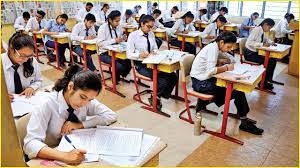 After a devastating 2nd wave of the Covid – 19 Pandemic, Schools and Colleges are said to reopen again in different states and UT’s based on their availability and number of cases. Ever since the beginning of the Pandemic, Schools colleges, and other higher education institutions across the nation have remained shut for an impending time. In January and February, few states allowed educational institutions to re-open for some amount of time when the Covid cases drooped however with the onset of the 2nd wave, all measures were temporarily suspended.

With the Nation focussed on regrowth of its economy, the Education sector in the country had taken a big hit and its revival is something that every Person associated wants to be a part of. Several States have again taken measures as discussed for the reopening of educational institutions.

As Reported, Schools in the states of Jammu and Kashmir, Delhi, Punjab, Haryana, Andhra Pradesh, Karnataka, Maharashtra, Odisha, Uttar Pradesh, and Bihar are said to open. While distance learning through online modes of education have still been encouraged, States have now been working to create an action plan to resume teaching and learning activities in the Education Sector Offline.

In Maharashtra, The State Government has thought upon a plan to resume teaching and opening schools in those particular regions that have seen no active Covid- 19 Cases in June. The Schools in those regions have also been given the green light to resume classes physically for students in July from the 15th. These provisions have been relaxed only for students from Classes 8th to 12th. However before these measures are initiated, vaccination of all teachers and non-teaching staff in all these respective schools would be done on a priority basis.

The Union Territory of Delhi NCR was severely affected by the 2nd Wave. In April, schools in Delhi were closed as early summer vacation was declared. In a recent activity, Schools in the region resumed physical teaching activities from the 28th of June and along with this, there is also a staggering three-stage approach that has been implemented to bring about comfort to the students into this mode of learning once again.

It has also been planned that teachers will get in touch with students and accordingly prepare what’s App groups till the 3rd of July. This is being done to make available lists of those students who have access to smartphones and the internet and on the contrary, those who lack these facilities so that arrangements could be made by the State. In addition, till the 31st of July Arrangements would also be made so that students can start to work towards counselling students and revise their foundational learning courses. It has been said that from the 2nd of August, Online classes will begin for classes 9 to 12 and in the midst of them, Worksheets will be deployed to help assess the academic standing of these students to get basic ideas.

The Schools in Punjab had already started offline classes for Classes 5 to 8 in January when the cases had stuck low. In response to this move, many students didn’t express comfort. The Teachers also had a responsibility to accommodate all students regardless of whether they wished an online or offline model. Later in June, The Education Minister of Punjab announced that for medical streams, offline classes would resume from the 28th of June.

In the northern state of Haryana classes, 9 to 12 would resume from July 16 and for classes 6 to 8 the schools will re-open from July 23 with social distancing as announced by the Government. It was also announced that All Students who would attend offline classes would need written permission from their parents. Classes, 1-5 would continue receiving online education.

For Jammu and Kashmir, All Schools were physically closed in April due to the Covid spike and classes continued online. While from June 8 to July 25, summer vacations were announced, a previous order stated that educational institutions must remain closed till June 30, it was later extended to July 15.

Till June 20, Vacations were announced in the state of Telangana. There were many discussions on the status of educational institutions and whether offline classes would start but they couldn’t arrive at any such consensus. Based on the Latest Reports, From July 1 All Classes in Schools and Technical Institutions would be allowed to resume physical classes with the attendance capped to 50 Percent.

In Andhra Pradesh, they had considered reopening educational institutions with 50% attendance by August. The Officials are still deliberating on a proper guideline and it has also been mentioned that the government would consider conducting classes in two batches with online classes to continue for the students of Classes 9 and 10.

In the state of Karnataka, an expert committee was formed to discuss the same and they resolved that the opening of schools, beginning with the senior-level students should be done in a staggered manner. These would also be followed with proper shift-based systems and social distancing. However, a Final Decision is still to be taken on the same.

Schools in Madhya Pradesh were originally scheduled to resume offline classes from The 1st of July only to be postponed through an urgent notification. While Classes would continue online via broadcast, the State has not made any final decisions so far. The State Government of Gujarat had initially allowed physical classes of class 12 and colleges to resume from July 15 with 50 percent attendance with physical learning not being compulsory. With Proper Consent from the Parents, Students would be allowed. The decision on opening the other classes would likely be announced soon.

In our country’s most populous state Uttar Pradesh, Schools and colleges have not been permitted to conduct physical colleges in a full capacity. Schools and Colleges had opened from July 8 with only teachers and school staff to be allowed on school premises for administrative work purposes. For all the State Board Schools, Instruction to conduct Online Test was given and for schools affiliated with CISCE or CBSE, individual school management committees were given autonomy.

In the State of Bihar, The Education Ministry had announced that after the 6th of July, All educational institutions in the state would be allowed to resume offline classes depending on the Covid Situation. While a 3-Stage Unlock Plan for Educational Institutions in the state is being planned it is dependent on the Covid-19 situation. In the 1st phase, all universities and colleges had 50 Percent attendance allowed with later additions of senior secondary and secondary classes to resume offline classes in the 2nd Phase. The 3rd phase would finally see Offline Classes resumed for Classes 1-5.