"Suicide Island": Russia has lost another major battle in the war against Ukraine 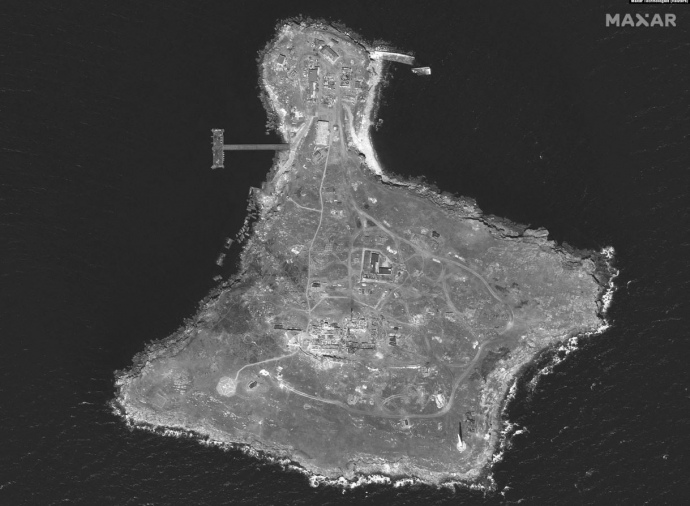 On June 29–30 and July 1, the Russian military inflicted another devastating blow on the civilian-military infrastructure of Ukraine. Dozens of residential buildings were destroyed, a shopping centre was ruined by a direct hit, and the city's infrastructure suffered further damage from the constant attacks of the Russian army.

Hundreds of people again became victims of the military aggression of Russia against Ukraine. This time it was done cynically and measuredly. The Russian army used hypersonic cruise missiles of incredible destructive power. These war crimes immediately caused the condemnation of these acts of terrorism by the entire civilised world.

But this, very similar to terrorist methods attack, made by the Russian army, turned out to be senseless from the point of view of strategy. Russians have lost the battle for an essential strategic piece of rock near the shores of Ukraine in the Black Sea.

Attempts by the Russian side to hold the occupied island under any conditions, suffering constant military losses, caused military experts to misunderstand Russia's tactics. The island received the name "Suicide Island."

On the afternoon of June 30, the Commander-in-Chief of the Armed Forces of Ukraine, Valeriy Zaluzhny, officially announced that the operation to liberate Ukrainian territory - Snake Island - was completed. He thanked all the military branches that participated in this operation and promised to keep this strategically important point under the control of the Ukrainian army.

Later that day, the General Staff published fragments of the military operation to liberate the island.

As we know, interruptions in the supply of grain crops from Ukraine due to the mining of the Black Sea by the Russian army threatened several world countries with famine.

But on the same evening, after the remnants of the "Suicide Island" garrison left it, the Ukrainian General Staff released a video of an attack by Russian military aircraft on the remains of the same Russian military equipment that failed to evacuate during the escape.

This strike by Russian planes leads some military experts to believe that the escape of the remaining garrison from "Suicide Island" cannot be considered an "act of goodwill" by the Russian army.

The strategic value of "Suicide Island" 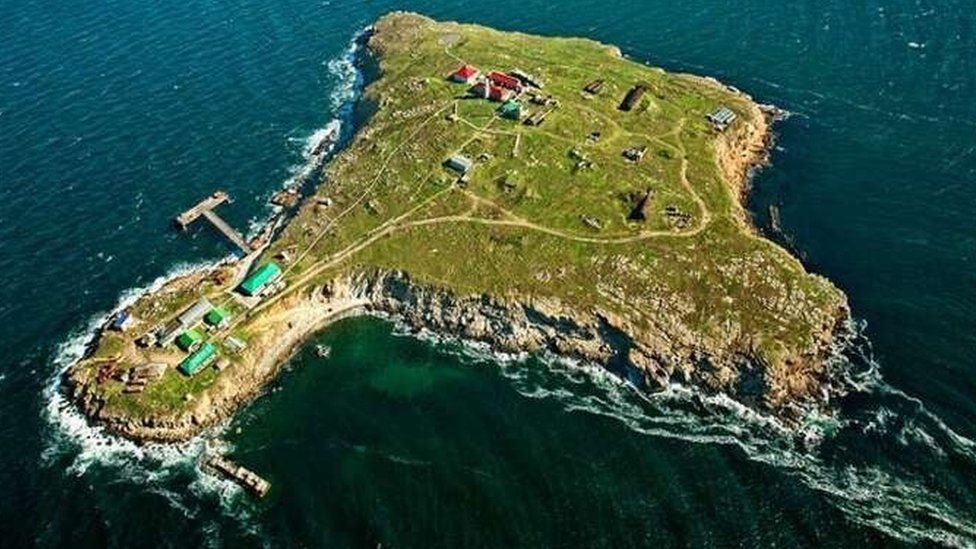 The armed forces of the Russian Federation captured Snake Island almost at the beginning of the invasion together with the Ukrainian garrison. During the last four months, the Ukrainian military several times tried to attack the Russian military with various types of weapons but did not achieve significant success. Despite its weakness, the garrison of the island, under the cover of the fleet and aviation, survived each time. But the active and final phase in the battle for the island began on June 20, when the Ukrainian military began to launch combined air and artillery strikes from long-range guns.

The successful actions of the Ukrainian army to sink the flagship of the Russian fleet in the Black Sea, the cruiser "Moskva", can be considered a turning point when it became clear that Russia had lost the initiative in the Black Sea. It was this ship that took a direct part in the occupation of the island at the beginning of the war. Ironically, in the water area of the island, it was damaged by the Ukrainian attack against the naval defence forces and was sunk.

What is the strategic importance of the island itself? Snake Island is a small piece of land, only 35 kilometres from the Ukrainian coast. It is more convenient as an advanced observation post for the army. But Russia tried to use it as a base for air defence and long-range guns. All these weapons can reach NATO countries. Although it has been known since Soviet times that protecting the island is a hopeless task.

That is the reason why the result for the Russian army is sad: during the battles for the island, the Russian side lost military equipment (according to the most modest calculations) worth almost a billion dollars.

They are numbers without taking into account the manpower and resources required to maintain the island for the past four months. Also, the Ukrainian army carried out several air and missile strikes on the "Boiko towers", which housed radar units that helped defend Snake Island and blocked the northern part of the Black Sea together with Ukrainian ports.

The battle for "Suicide island" lost by Russia is another stage in the Russian-Ukrainian war. Russia has lost the initiative once again. The change in tactics (constant shelling of civilians with cruise missiles and the use of the "scorched earth" military technique) does not add popularity or results to Russia.

Snake Island is not only a symbol of the struggle of the Ukrainian people against the occupation of their country (this is where a Ukrainian soldier said a famous phrase to the cruiser "Moskva" after the demand to surrender during the siege of the island at the beginning of the war). But it is now also a symbol of the reputational losses of the Russian army, which has already proven once again that it uses outdated tactics of warfare, and to improve its position on the front, it can offer only the only available means — the killing of the civilian population.